Most of us walk around with a little bit of interior chaos that we suppress during day-to-day life. Due largely to social norms of expected behaviours maintained in “civilized society”, we keep certain things in check, especially during our 9-5 business lives. This is also aided by continuous supervision of public spaces in order to prevent disorder and crime. However, every once in a while, something leaks. In some cases, the sensations flood out and disorder ensues. 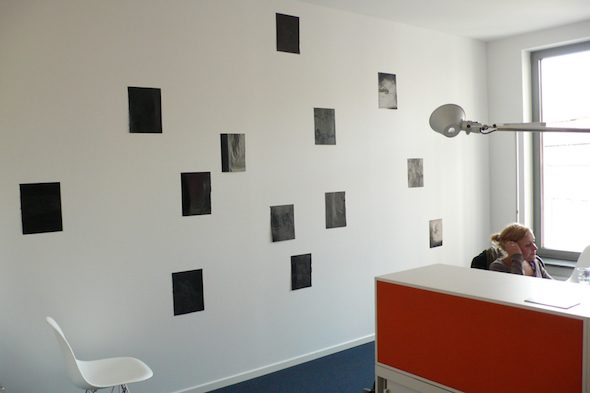 In Feinkost’s latest two-part exhibition, it is ‘Breaking Windows’ that develops this concept of disorder. The theme of the show, curated by Aaron Moulton and Mette Ravnkilde Nielsen, involves a consideration of the spectrum of social behaviour from order to chaos. When people reach their breaking points, the effects could be total disorder represented by harming themselves or others, as portrayed in Eva and Franco Mattes, No Fun (2010) or in John Duncan’s SCARE (1976). Or it could be a slow, methodological process, like the erosive dripping in Kate V Robertson’s Untitled (Document) (2009) or the obsessive-compulsive procedure of Ignacio Uriarte’s Ink blots (2008). Much like the various faces of human nature, each of the works presented by the gallery displays and interprets assorted aspects of personalities. 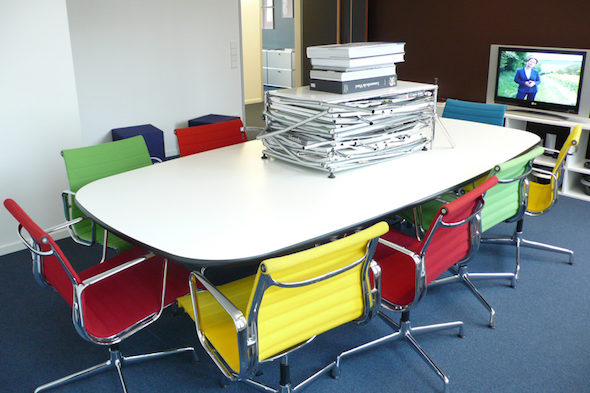 Perhaps the only way to prevent social disorder and chaos is to deny the very emotive, very animal aspect of humankind by making us nothing more than tick marks on blank pages such as in Heike Bollig’s installation A Printed Line for Every Living Person (2002). Bollig’s piece unites the contrasting ideas from “Breaking Windows” to the second part of the exhibition, ‘During Office Hours’ by melding the mechanical with the organic. 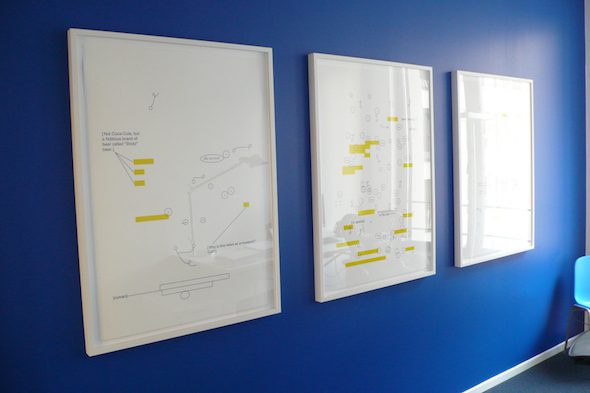 ‘During Office Hours’ focuses on the nature of the office place, relying on how the creation and development of human relationships directly relates to social order. With or without knowing it, the business professionals succeed within this setting by fitting into (contrived) systems of routine, interaction, and strategy. The exhibition also explores common stereotypes that exist in the business world, such as the emphasis on work ethic and discretion, portrayed in Luchezar Boyadijev’s ironic video Live On: Burning the candle from both ends (2010) and Daniel Baker’s Looking Glasses: Private (obverse), Private (reverse). 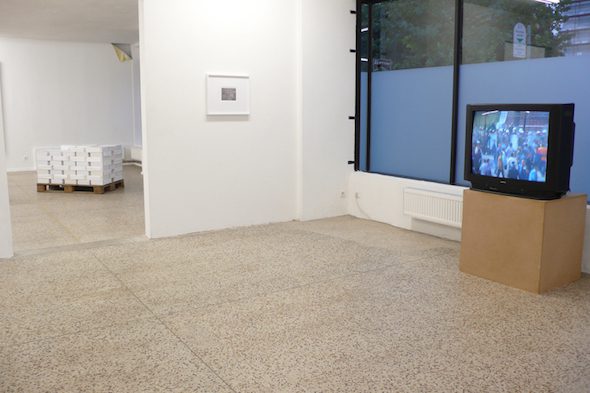 Of the two parts of the exhibition, which is the more natural response to our society? Do we succeed by exploring our uninhibited nature as in Douglas Gordon’s A game for two players or more (Douglas Gordon) (2009) or is it better to present ourselves as unbroken, acting within the professional work place, as in David Levine’s Actors at Work? 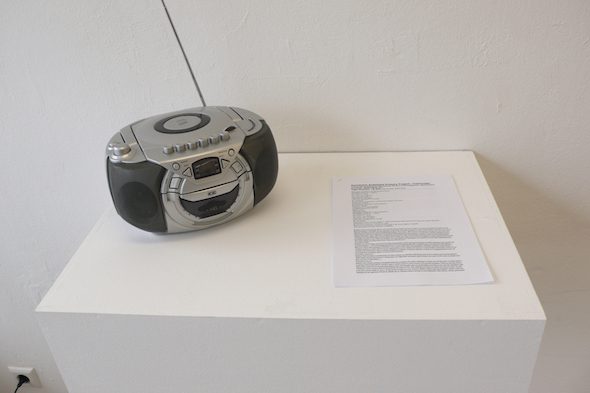 Feinkost’s examination of the nature of social order in ‘Breaking Windows’ and ‘During Office Hours’ cleverly presents each layer of human development from chaos to order and back again. The irony lies in containing such an array of human behaviour so perfectly enclosed within two very controlled environments, the white-wall atmosphere of a gallery and the offices of VGF Verband Geschlossene Fonds e. V, but that is just an added layer of charm.