In May the Artforum fair finally announced that it was closing its doors. The traditional art fair had failed in the fickle Berlin art market. Berlin Art Link asked the makers of Preview Berlin, the fair for emerging art, what this means for the Berlin art scene, and what they expect for the upcoming “Kunstherbst”.

“One of the issues which contributed to Artforum’s demise was its focus on big name artists. Big names were equated with big sales, but that simply doesn’t work in Berlin,” explains Kristian Jarmuschek. In contrast, Preview aims to be an organic part of the Berlin scene, championing emerging art, emerging galleries and non- mainstream projects. The makers want to reflect the diversity and energy of the city’s art landscape.

Persistent negative rumours had dogged Artforum since the beginning of the year, with one of the managers, Peter Vetsch, leaving in February for “personal reasons”. Then Art Berlin Contemporary (abc) announced its move to a date at the start of September. Preview Berlin followed suit. With falling gallery attendance and a date which neatly clashed with London’s Frieze fair, Artforum was no longer viable as a stand-alone venture. After a short round of merger talks with abc, which ultimately failed, the fair announced it would not be taking place in 2011. Could it have been saved?

Jarmushek blames a “lack of flexibility” on part of the fairs organisers, who refused to move Artforum to the Tempelhof airport venue, and a “lack of support” from the city senate for the fair’s demise. Tempelhof was available, but Artforum organisers felt that there was insufficient separation of Preview and the more traditional fair. 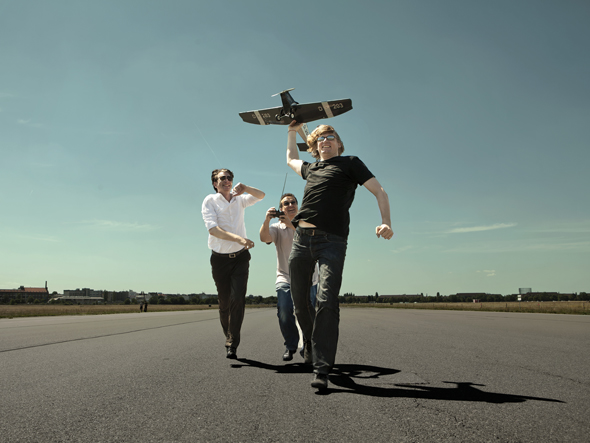 So what does a post- Artforum future hold for Berlin? “There is a great upheaval in the scene this year. We need to find a means of tying galleries to Berlin who may have been unsettled by recent events. There is a great deal of uncertainty enveloping Berlin as a venue for art fairs,” states Rüdiger Lange. In Jarmushek’s analysis, many galleries are happy at the prospect of not having to undertake the financial risk of being at another art fair.

According to Lange “some” of the galleries normally represented at Artforum have applied to Preview, but the fairs’ makers want to maintain their emphasis on emerging art. Founded in 2004 with the aim of showcasing young galleries and artists’ cooperatives unable to gain access to the traditional fair format of the Artforum, the initiators continue to promote new and innovative projects.

“Berlin’s plethora of unique production and project spaces, artists’ cooperatives is what draws collectors here, and we wanted to represent this in the framework of a fair,” Jarmuschek, explains. The Preview definition of “emerging art” is, according to Ralf Schmitt, is “artists which aren’t established, but where we expect that this is a possibility, and we are in a position to enable this to some extent.”

Preview has widened its net beyond the local scene to include wider European positions. In 2010, the fair focussed on artists from Eastern Europe, where to date, there is a lack of an established network of galleries and collectors. Continuing in their tradition of promoting new positions, this year, Preview is offering a platform to university students. This will enable them to showcase innovative positions beyond the usual art school tropes, creating room for pieces “outside current economic pattern” as Schmitt explains.

So what do Jarmuschek, Lange and Schmitt expect when the doors open for their 7th edition in September? “We’re quite excited at how this year will pan out for us. Berlin is currently in such an extreme state of upheaval, and things are happening very quickly”, Lange sums up the situation. “We will need 2–3 years to meaningfully close the gap left by Artforum. We need to focus on strengthening Berlin’s attractiveness for visitors and collectors. And hopefully transmit the message that galleries will only come if they can sell their art.”

Jeni Fulton is a writer focussing in and on the international Berlin art scene. She is currently working on her PhD thesis in contemporary art theory. Having taken her MA in Philosophy at the University of Cambridge, she now lives and works in Berlin. She is currently curating Berlin Art Link’s first exhibition at Galerie Open: “antinomies/gegensätze” with artists Allison Fall and Madline Stillwell. The exhibition opens on September 9, 2011, and will run until October 22nd, featuring collages, installations and a live performance series.