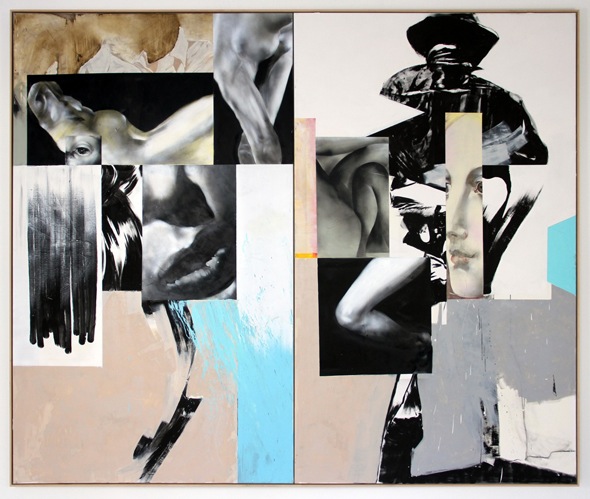 “They are killing horses don’t they” (2012) spray paint, acrylic, and bitumen on canvas 255x305cm; Courtesy of Circleculture Gallery

When ideas about innovation have too often fallen into the trap of uninventive imitation, Jaybo, a French artist based in Berlin, rebels against convention. He uses the idiosyncracies of his personal history to explore boundaries, and with his asymmetrical, chaoctic pieces, he challenges the defintion of both art and artist. By eschewing order and embracing disarray, Jaybo searches for an authenticity that seems to have disappeared in the clean-cut world of gallery-ready art.

His pieces contain their own implicit meanings, but thrive on the entirely indefinite nature of their components. Fragments of images combine to create a category of work that is both decisive and questioning in its nature. Human limbs combine in strange ways to morph the way one sees identity and physicality. Tellingly, the visitor is left to discover wherein lies the truth, to abandon their rational senses and challenge the frontiers of their own understanding. 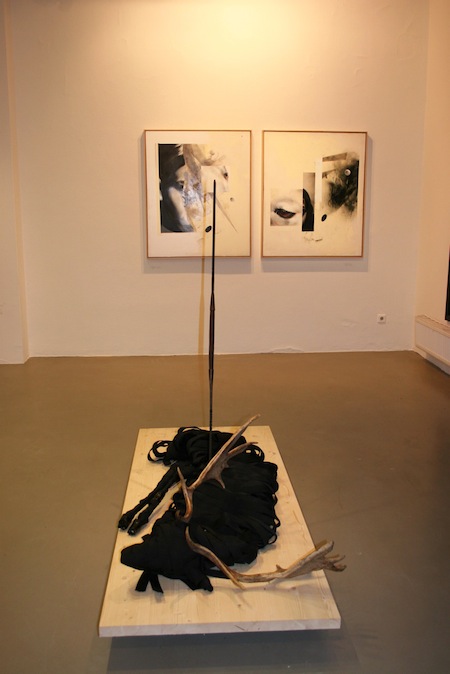 Jaybo’s works center on the illogical, the unplanned. He is liberal with his technique and subject matter, searching for freedom from what confines the traditional. Thus, there is an unrelenting sense of youth and juvenility within the show, capturing viewers in a long lost sense of spontaneity. There is nostalgia for a past that was once dictated by impulsiveness, by naturalness in art and life.

Jaybo’s new show, Running With The Hunted, opened on June 22nd at Circleculture Gallery in Berlin’s Mitte. It will run indefinitely through the summer.

About the Artist
Jaybo is the co-founder of the culture and fashion magazine Style and the Family Tunes, as well as the fashion label Iriedaily. He has exhibited his work internationally since 2005, including solo exhibtions in Los Angeles, New York, London, Paris, Berlin, Perth, and Melbourne. He is a member of the London-based artist collective Agents of Change and is considered to be one of the world’s premier Grafitti artists. With his foundations in street art, he now is more active in the world of fine art.