Berlin-based artist Donna Huanca‘s new show PANIC FEAR CRYING FITS opened on June 28th in Mexico City’s Preteen Gallery. Her works, though manifested in a variety of mediums, focus around one pervasive theme: the communicative effects of garments, of style–essentially, the language of clothing. She explores the topic through a lense of duality, trying to balance clothing as an evolving form of language, in addition to it being a conventional form of cultural expression. 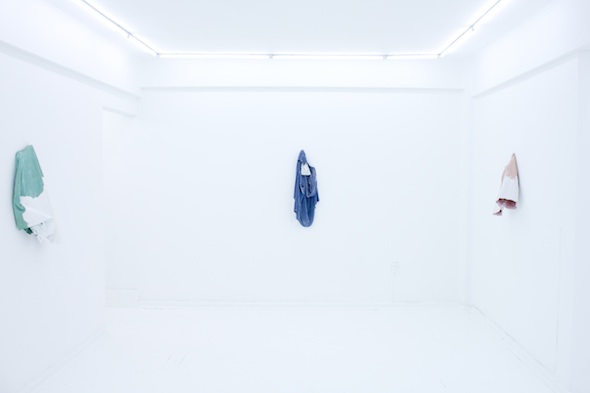 Beginning with a single garment, Huanca follows a process that is largely reminiscent of Dada: she cuts and re-arranges the initial intention of the piece, finding poems and truths hidden in the fabric. She highlights the significance of each article’s pattern, color, stain, or stitch. She attempts to discover the innate authenticity of the materials and design. These findings are then translated into her own flowing language through which she discusses the possibilities of art, clothing, and cultural evolution.

Her work has varied over time in terms of material, venue, and approach. She has seen prominence in a Vogue feature as well as subtlety in a storefront. She has used performance and she has used paint. However, steadfastly, Huanca persistently parallels her pieces with anthropological discoveries she makes along the way, pushing both herself and viewers to see more in the simple, to learn more through the exterior, and to delve deeper into an object’s hidden significance. She finds personal and national histories woven intricately together, highlighting the importance of garments as cultural entities.

Huanca’s new exhibition PANIC FEAR CRYING FITS contains four new sculptures that further weave art, culture, style, and expression together, communicating simultaneously the stories of the past while presenting ideas for the future. 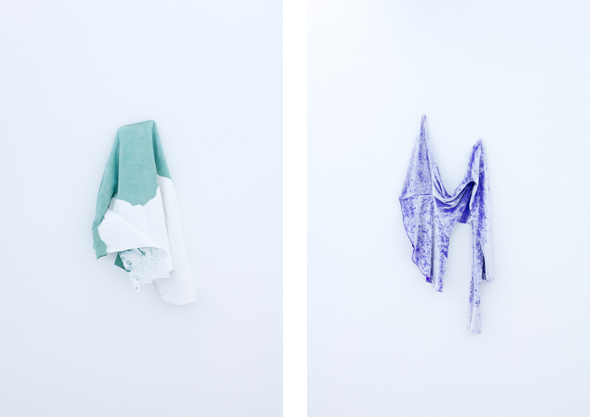 Donna Huanca was born in Chicago, Illinois. She received a BFA from the University of Houston in 2004. She then studied at the Städelschule in Frankfurt from 2009 to 2010. She has been featured in a variety of solo and group exhibitions, including: “Navigating Darkness” (Tape Modern, Berlin, 2011), “The Myth is Neither Bad Nor Good…” (CCS Bard, Annandale-On- Hudson, New York, 2012), “Baby, I Lost My Handshoes” (Forum Maia, Porto, and Kex Kunsthalle, Vienna, 2012). She has also been featured in a variety of publications, including: Wire, British Vogue, F5 Moscow, NY Arts, Art Info, and Art in America, amongst others. – www.ruaminx.com

Preteen Gallery
Self-described as “a space for curatorial and artistic experimentation.” Founded in Hermosillo, Sonora in 2008. Opened in Mexico City in April 2011.
www.preteengallery.net