At the moment, there are more than a few artists in Berlin trying to outdo their machines. These machines ‒ computers, programmed sequences, projectors, speakers ‒ have become necessary production tools, and yet they have the power to work outside the artist’s control. According to David Link’s exhibition text, at Alexander Ochs gallery, “although computer programs were once written by people, they should ideally work alone whilst mimicking human intelligence”. This may be true for your iPhone or your GPS, but do you want it from your art? 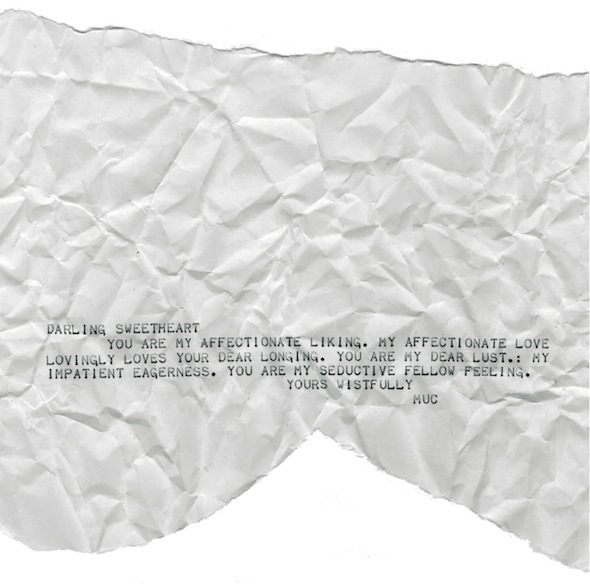 Link has reconstructed a 1950’s system for variable, automatic love-letter production. His machine automatically spouts clichés, personal nicknames and heartfelt avowals. Although there are 318 million possible letter variations, all identical to the system that produces them, the framed examples are surprisingly touching, and funny. The best ones remind you of real sentiments, mocking romantics but also reminding us of the universal forms our individual expressions take. Lovers can also switch between, for example, “My heart breathlessly adores your desire” and “My affectionate love lovingly loves your desire”. 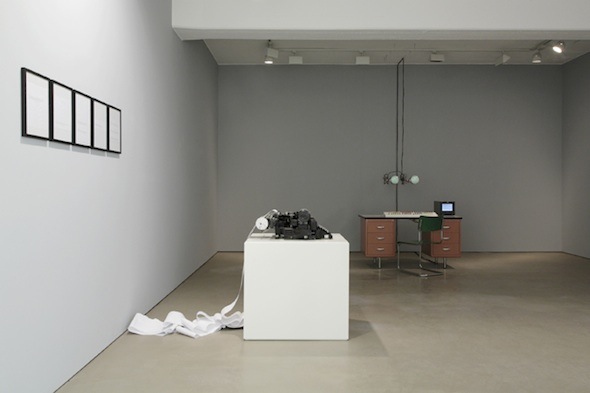 One of the current interests in media art is creating a generative Interface. Having an interface simply means the artist builds a system, just like Link’s system, that can produce its own output independently. Then, instead of controlling the system directly, artists have been looking for interfaces, indirect mechanisms that remove the coldness of turning their “art machine” on and off. It also makes for a more communicative performance and escapes the “black box” experience of the performer, behind the computer, and the audience watching in darkness. The interface can be a children’s game, a recording of street noises, found texts or any information that the artist can feed into a sound or image generating program. Recently, the “Body Controlled” series at LEAP (Lab for Electronic Arts and Performances) presented artists that use their own bodies as a generative interface. The data collected from the artist’s bodies ‒ their brain waves and heartbeats ‒ were translated into whirring sounds and flickering abstract colors.

Claudia Robles Angel’s performance, for example, used wires that connected her brain to a system of projected images and sounds. What the audience received was a combination of pre-chosen images as well as the way that Angel’s brain was processing and reacting to them in real time. The other performances had similar arrangements, but Angel’s was the most extreme: watching her, the body became a wired machine, producing cold sounds and abrupt visuals very unlike what we associate with the brain, or with human feelings. It felt like the opposite of Link’s machine: the artist hooking herself up to a machine, turning human signals into electronic messages, as opposed to Link’s typewriter, that faked emotion by mimicking human language. 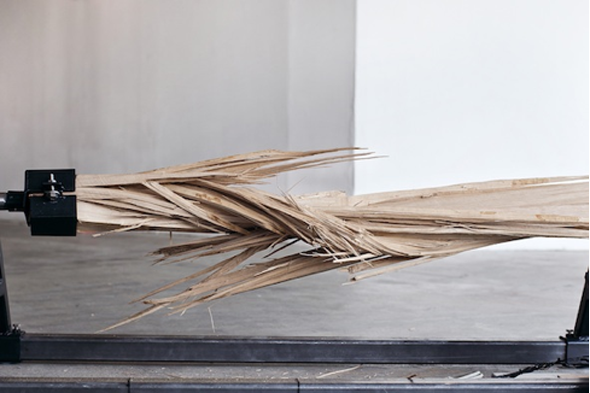 A week later, also at LEAP, a group of young artists presented another approach to the same issue. The exhibition “Limited Limitlessness – new findings in digital primitive art” started from their collective frustration with new technologies’ instant obsoleteness. Their efforts exhibit new ways of conceiving the pressure between man and machine. As media, generative and sound art students, they face a future of ever-changing technology and the challenge of balancing their own voice with the latest machine voices around them.

This latest exhibition at LEAP, as well as in Link’s return to a machine that simulates human emotion, show their artists’ interest in being removed from their work. In the current stage of generative art, artists can easily become redundant once their machine is created and works independently. The productive struggle begins when human signals ‒ expressed by their physical bodies, or more successfully by an elusive human element ‒ are reintroduced, and fight for echoes of human presence in the final piece. 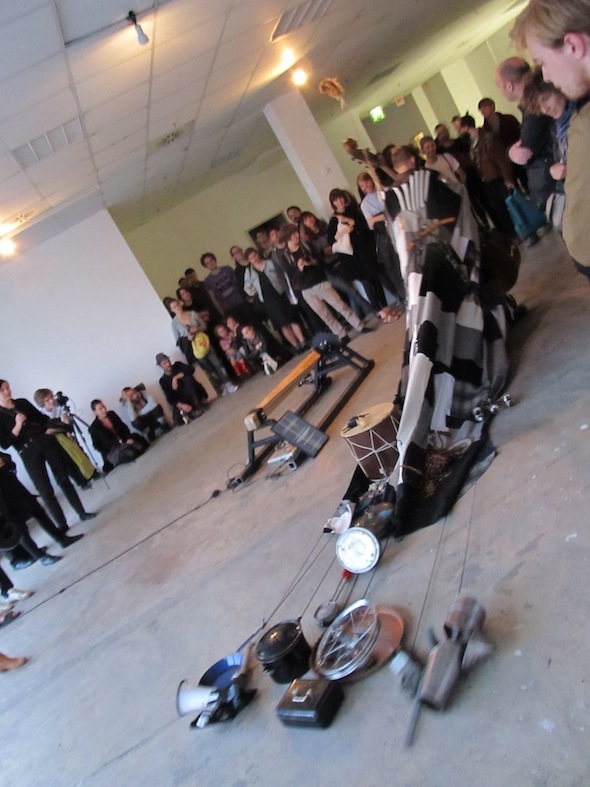 Yair Elazar Glotman and Waris Klampfer – “The ‘I’ve seen it all’ Procession”, performance with double bass and sound costume at LEAP, 20.07.2012; photo by Adela Yawitz