This article marks the beginning of a journalistic exchange between Berlin Art Link and The New York Photo Review. Select articles, interviews, and reviews from both platforms will be featured on the other’s site in order to both broaden readership and facilitate a greater cooperation within the online arts-correspondence community. Barbara Confino is an artist and writer based in New York City. Her work has been featured at the Brooklyn Museum and is housed in such collections as the British Museum Library, the Bibliotheque Nationale de France and the National Film Board of Canada. She is Associate Editor of the New York Photo Review, where she reviews the current photography scene. For two years she was Artist-In-Residence at New York’s Polytechnic University and she teaches at CUNY’s New York City College of Technology. This article is Barbara’s impression of the energy of Berlin after she visited it for the first time in July 2012, particularly of the role of the artist in the current transformation of the city. 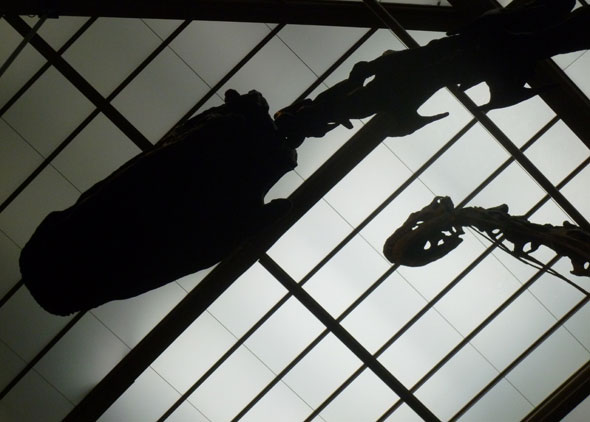 From the beginning Berlin confounds me. My first impression of this city built on a swamp is dreary. I find most of its famous old buildings disproportionally massive, its wide avenues tacky and commercial, and am thinking this is an ugly city when I discover something else. Having gone to the Museum of Natural History to pay my respects to the dinosaurs, I chance upon a photography exhibit detailing the variety of wildlife that lives in Berlin: boars, foxes, birds of all kinds…. and this is when I find that Berlin has more trees and forested areas than any other large city in Europe. So already my vision of Berlin is blasted to pieces. And slowly the city begins to transform itself in my eyes.

I discover that Berlin, a city I have associated with terrible power and dread has done the unthinkable: in a quiet revolution led by those least quiet of people: artists, it has transformed itself. Laboring under the twin shadows of Hitler and Stalin, it was a grim city. Especially in the East. Talk to most people about Berlin before the Fall and they will tell you this. Only artists could have penetrated such gloom. They came for the cheap rents, of course, but also perhaps for the chance to live in a city steeped in the worst history of our era, and to thumb their noses at it. Who else would have dared? For artists bring with them, not just their art, whatever it may be, but their attitudes. 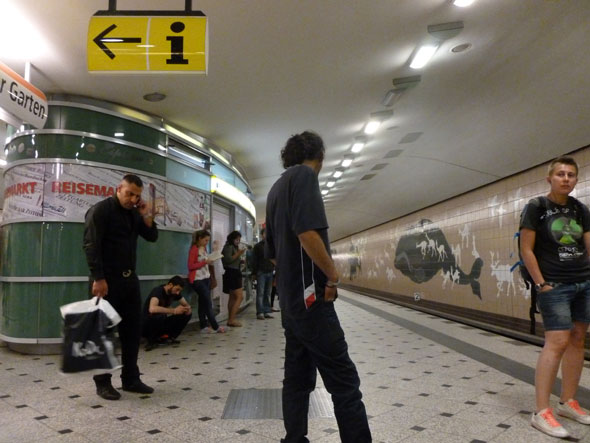 Consequently this city has become a kind of giant Petri dish, a laboratory in which artists are busily infecting their surroundings with the virus of art and all its attendant symptoms: anarchy, excitement, sexuality, disinterest in work routines, general non-conformity, vitality, and hedonism.
And yet the system co-opts everything, as they used to say in the 60’s. It even turns rebellion into cash. Ironically the social function of the artist in our time is to spearhead urban renewal: to inflate real estate values. And they are doing it everywhere! All the urban renewal programs in the world are nothing compared to a few artists let loose in a slum.

Still this strange marriage between artists and capitalism often finishes in divorce. 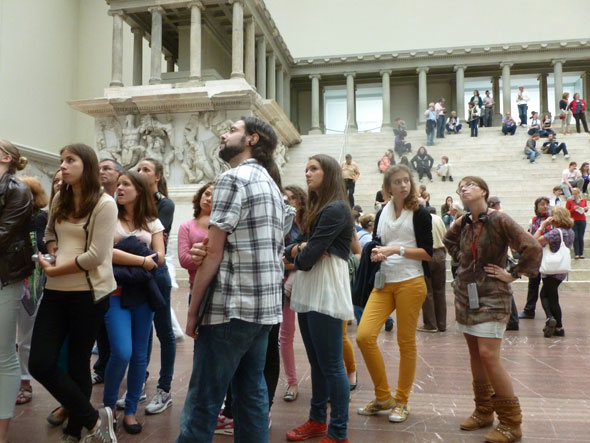