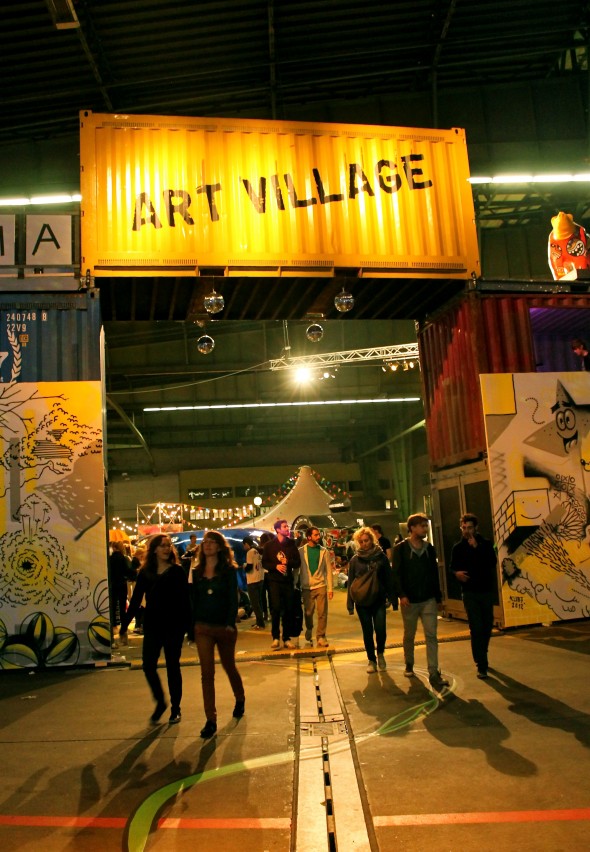 This was all a part of this year’s Berlin Festival’s Art Village, which, among the extensive musical acts, served as the visual arts component to this cultural fiesta. The costuming was part of the CrystalMafia Costume Competition, and beside it, the nearly invisible poetry slam. 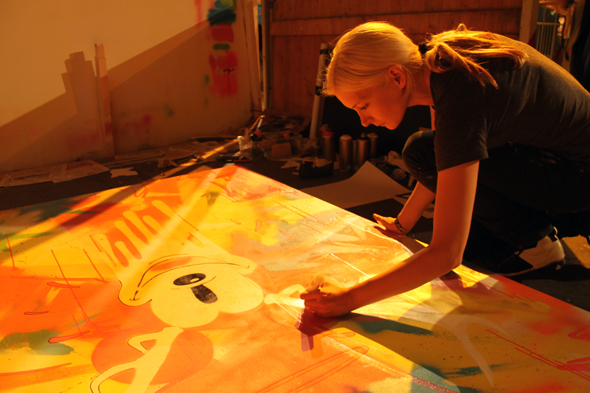 The heart of Art Village’s draw, however, were the visual arts. With over 30 artists exhibiting their latest in the Berlin Festival “Art Market”. In the “Young Talent” section, the artists were creating as they were showing, in hopes of winning the week’s prize for art work. The Village’s aim of creating a platform for emerging artists to showcase their work was becoming realized.

With a gritty, city-bred feel to the pieces, walking through the open space felt a little like stumbling through the back streets of an unknown city. And with Jim Avignon and Dag, the 2012 Art Prize winners, the makeshift graffitied alleys of their artwork really were like those of macabre nightclubs at the ends of restless nights. 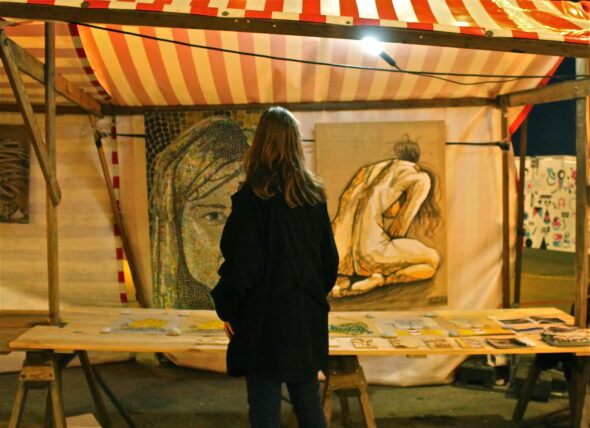 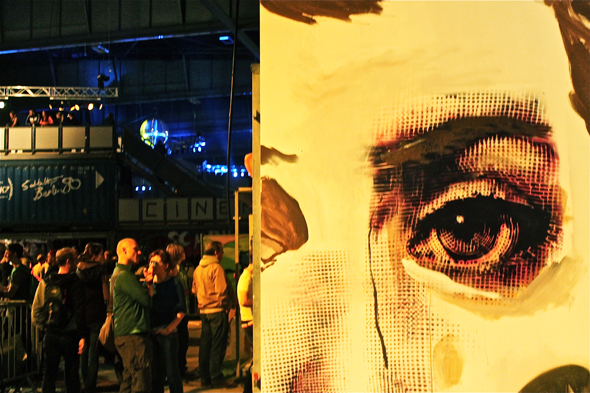 For more information about the Art Village, visit the website:
www.berlinfestival.de/line-up-2012/art-village/