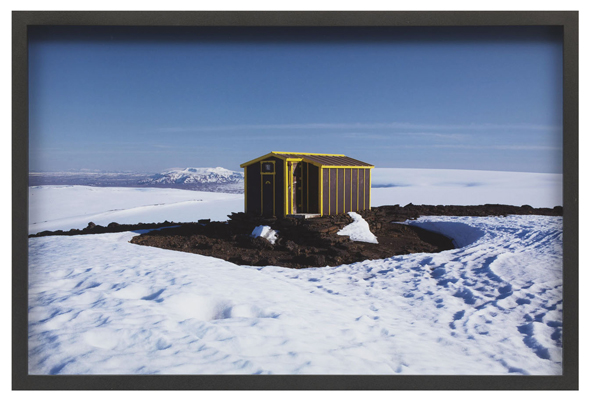 The vastness of space spills beyond the eye’s sight, beyond the photograph’s frame, beyond the body’s physical capacity for travel. Without a landmark, the space loses perspective meaning, expanding and contracting with no definite boundary points. There is nothing to suggest how large the given landscape is. Were you located in it, you would find yourself alone. Or perhaps you find yourself. But where are you situated when regarding the image of Iceland, taken from Olafur Eliasson’s The large Iceland series? The artist has captured the country—-his parent’s homeland—-in works throughout his oeuvre on repeated expeditions, beginning in 1993. In neugerriemschneider’s press release, he has said the following regarding his relationship to the land:

“[It] is about making my physical presence explicit… There are hardly any roads and no trees to indicate scale. It’s difficult to judge visually whether your goal is thirty minutes…or three days ahead, so it’s only by moving…that you develop a relationship with the landscape.” (Eliasson, neugerriemschneider Press Release, 2012). 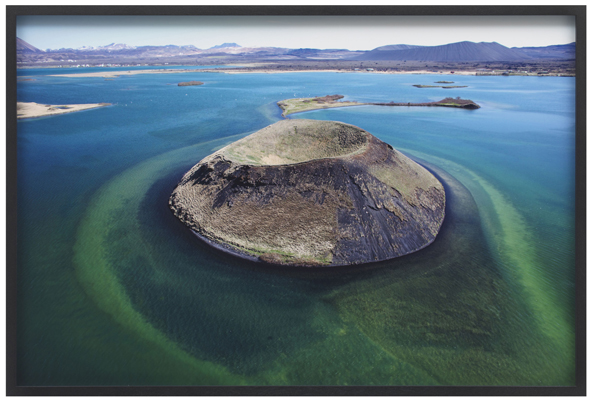 These spaces of Iceland are recurrently presented at Eliasson’s solo show exhibited at neugerriemschneider. Three walls display complimentary images: The hut series, The volcano series, and a photograph from The large Iceland series. The show also features three recent sculptural works and a collection of nineteenth century maps of Iceland behind colored glass.

The Volcano Series is composed of photographs of Icelandic volcanoes, while The Hut Series captures historic huts, originally meant for shepherds and now acting as rescue shelters, hunting cabins, or hiking refuges. Paired with the dormant destructiveness of volcanoes beneath the earth, with their asymmetrical, rocky curvatures rounding in on themselves, are the straight lines of architectural structures, man made slats rising from the ground, places offering protection. Hung in vertical and horizontal rows, the precise geometry of the displays is reminiscent of the windows of an urban building: each offers a glimpse into a world beyond—a world of slow contemplation, with a single point of focus, surrounded by space. The simplicity of these images allows thought to be concentrated on one idea at a time: shelter, land, the act of building, natural force. 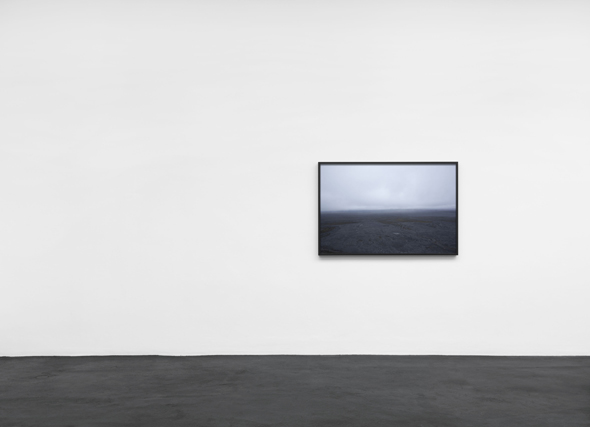 In an adjacent hall, a collection of historic maps is exhibited behind colored glass. The press release considers their inclusion as challenging the factual aspect of cartography: they are “just another representation of reality, a subjective filter.” When the hut and volcanoes series are considered in relation to the accompanying maps, a question arises of how to view the former groupings of photographs. Are they are honest translations or mythic formulations? Do they transform Iceland into a conceptual space beyond its reality, allowing for the projection of an idealized, calming perception of physical self-realization offered by its vastness? 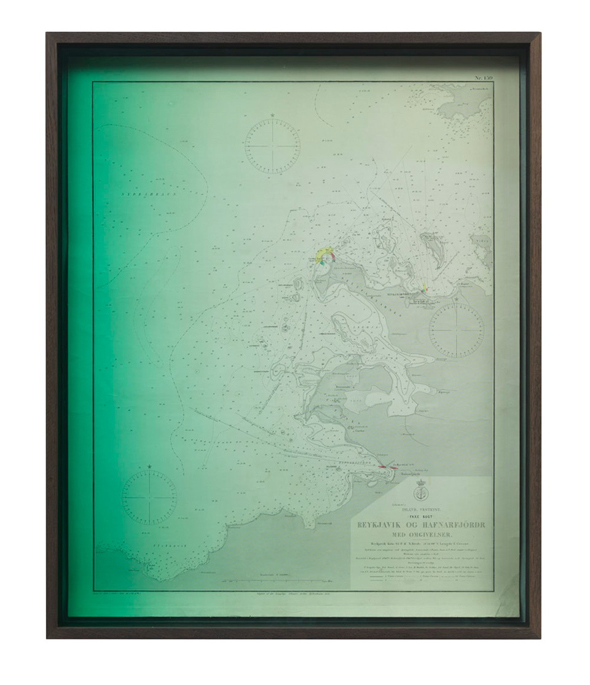 While the physical landscape of Iceland itself may give one a sense of one’s physical presence, as suggested by Eliasson, a tension arises when considering the role of the viewer. The gallery visitor sees only the flattened space, is stopped by a barrier of glass from realizing their physical presence themselves: there is no entrance into Iceland, only into its images. Here, it is necessary to find the correspondence between mind and body. What the body lacks, the mind recovers. One must visualize oneself in space, turning Iceland into a metaphor, giving it a superimposed meaning.

In other rooms of the gallery, three recent sculptural works by Eliasson are displayed. Utilizing the materials of driftwood and mirrors, the combination of natural and artificial elements is brought back to the thematic of the photographs: the organic is carried out of its environment and reflected in the exhibition. The placement of two of the sculptures allows their reflections to work with each other to create an extended space. It is suggestive of the expanse of Iceland’s landscapes, but the actuality of what is reflected also points back to the gallery. Again is asked the question: Where do the imagined elements of the Iceland existing in thought end and its geological reality begin? 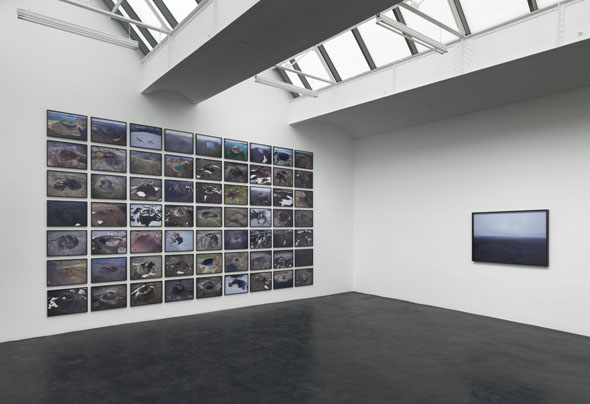