Ralf Ziervogel’s apartment, which curiously doubles as his studio though absent of nearly all traces, is awash with blinding early Saturday afternoon sunlight. Sheer curtains gently beat against the sliding kitchen window, which slightly ajar, hikes up its skirt to the nearly vacant Strausberger Platz below. The front door has been left ajar (presumably for me) and I tip toe into the spartan apartment to find Ziervogel positioned in silence at the kitchen table, his cigarette smoke ebbing and flowing past his face cascading out and over the railing. His barebones apartment is a picture of the black-and-white minimalism that takes him only seconds to cite as his unwavering source of inspiration. The space is seemingly devoid of any personal ornament save for some rolls of white paper resting on a Mies-style ottoman in the center of the foyer. A German artist born in 1975 and a student of Lothar Baumgarten’s at the The Universität der Künste in Berlin, Ziervogel made himself known for obsessively elaborate and meticulously detailed panoramic ink drawings depicting a merge of character and mechanism—entwined, rhizomatic and sadistic orgies. 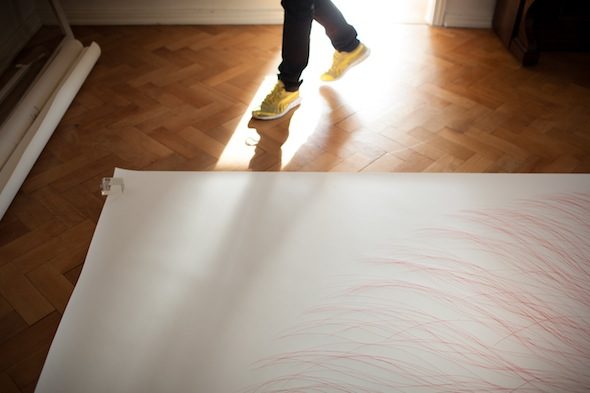 These large immersive panels provoke a dance between curiosity and horror, both enthralling and repelling viewers simultaneously. As we discuss his earlier works particularly those included in the catalog Every Adidas Has Its Story. Published by Walter Konig, the catalog depicts dozens of singular tormented figures caught in their own particular prescribed brand of torture.
Each individual page a small format drawing, presented alongside a blank black page, which lends to the hopelessness of the moment that came before it, priming you for the shock of the coming snapshot. But Ziervogel is keen on explaining that although seemingly caught in this never-ending cliché—the subject of the artist does not exert himself to clarify—he is done with these character sketches. He repositions himself on his chair, juts forward and eases back numerous times as he struggles to explain that he’s “pretty much done with it”. 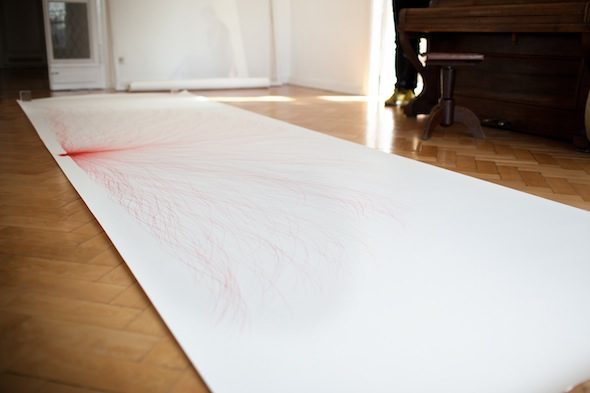 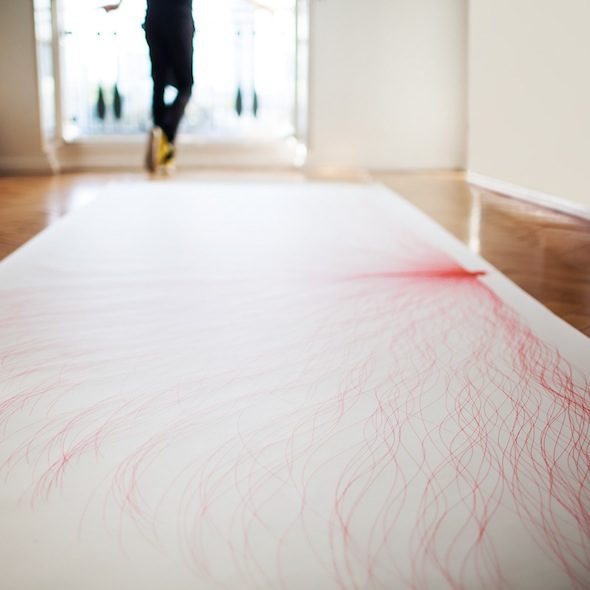 Instead, he offers up a work in progress that is already laid out in the room adjacent. He leads me through the doorway and pointing at the work explains, “I mean it’s totally fucking boring,” he says shifting his weight between his feet and staring down. “No really,” he assures me as I pick my head up to shoot him a sideways glance. This work in progress is more reminiscent of works like A+B+Z (infinite+infinite), 2009, where reduction becomes so condensed and overt that a code put forward by the artist is gradually reduced to illegibility. Here, instead, the line drawing originates at a single red node at the border to the paper and expands unsteadily outwards, threatening the plane. 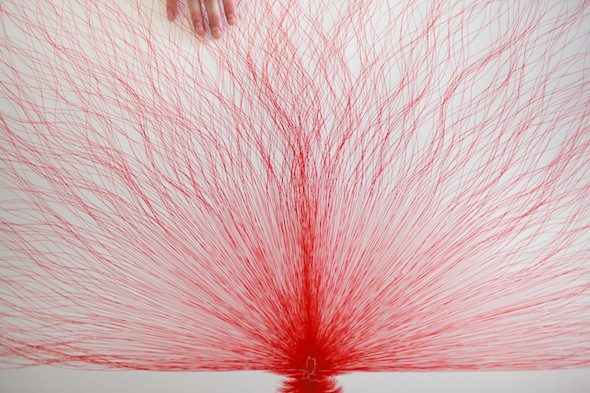 Despite the abrupt dialogue he employs when discussing his work and counter-intuitive to the visceral content of his drawings, Ziervogel is actually an artist obsessed with the properties and merits of sequence. The violent gesture of putting such horrifically carnal scenes on paper seems of no significance to the artist, who instead insists on the importance of the procedure that’s involved in its creation. While viewers approach his immense drawings with a bird’s-eye-view sense of scale and perspective, the creative process employs precisely the opposite methodology. Unfurling only small sections of his expansive paper rolls at a time, he works almost as if transcribing notes. He becomes completely removed from his ability to take in the piece in its entirety, as conventional wisdom would expect for crafting such a sprawling scene. The unanticipated realization upon learning this then is that a painfully exacting chronological factor is equally important in comprehending his work as is the virulently gory content depicted. Or, if you ask Ziervogel directly, the process is just another cliché. 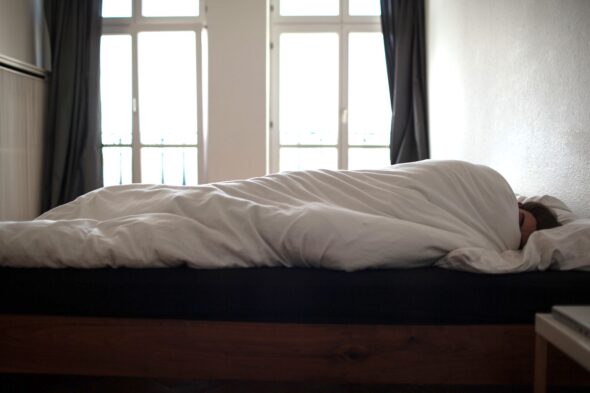 Even Ralf himself seems slightly amused by the inextricable role he plays within his own system of symbol assignation and he performances the role of the artist steeped in complexities all too well—a choreographed power-play led with a smile.

Nicole Rodriguez is an arts manager & writer from San Juan, Puerto Rico. Having completed her degree in Art History from the University of Wisconsin-Madison, she now lived and works in Berlin. She contributes regularly to local and international publications such as ARTslant, Whitehot Magazine, & sugarhigh’s berlin art journal.
anthonygeorgis.com