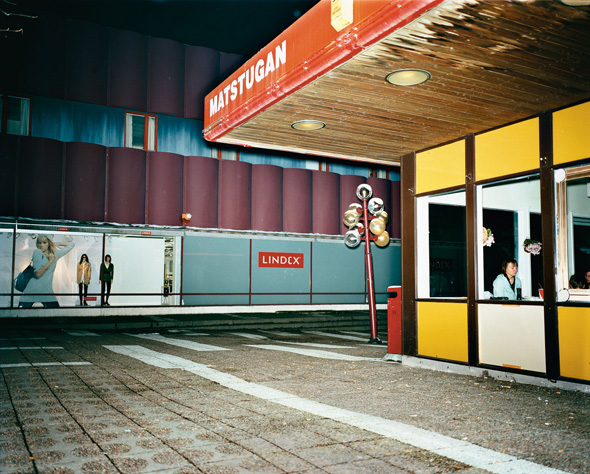 As part of the European Month of Photography, Swedish Photography is exhibiting the work of Stockholm based photographer and photojournalist, Lars Tunbjörk. Exhibited over two adjoining spaces, his bleak documentary series Vinter was shot between 2004-07 and captures the bitter reality of the Northern European winter on it’s inhabitants. Underscoring the negative, these snapshots portray an unflattering portrait of Nordic people in their natural habitat, depicting the harshness and the alienation of the environment.

Tunbjörk’s images, according to the media release, are motivated by his own melancholy in the Swedish Winter. Taking this position, his frames are filled with deserted streets, drab architecture, dirty snowman, abandoned cars, glum faces and drunken encounters. Vinter is a personal journey for Tunbjörk that works within his own cultural identity; he sympathises with the individuals in his photographs, saying that he is no different than the subjects portrayed. There are humorous moments throughout the exhibition of images of men that have overused the fake tan, an example of an industry profiting from the lack of sunshine. However, these are only small punctuation marks in a larger landscape of bleakness.

Tunbjörk provides tens of examples of people who are sad, lonely and desperate. His pictures form social documents that bear witness not to a picturesque image of winter wonderlands, but of colour saturated images that capture our morbid voyerism of scar-torn bodies, lingerie clad women and trapped animals. His portraits are defined by their vulnerability and become representatives of a community who deserve our distant empathy. 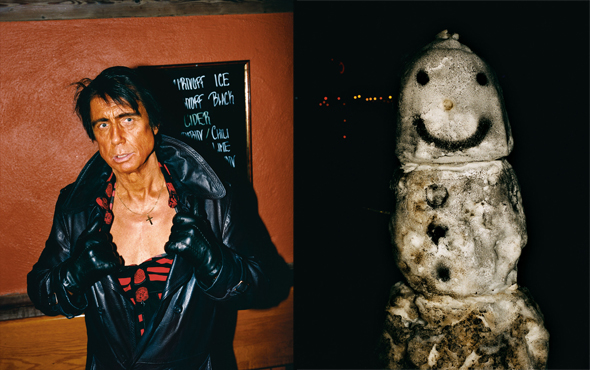 If a photograph is constructed through a series of choices made by the photographer, then the atmosphere of Vinter is heavily influenced by Tunbjörk’s use of brash, uneven flash. Tunbjörk uses the artificial light to reinforce to the viewer the reality of living without daylight. His portraits of people are caught amidst the flash, frozen like trapped deer in headlights, with the edges of the frame dissolving into darkness. The saturated colours provide a stark and bitter reality creating an emotional intensity in the photograph.

With no titles, the subjects remain anonymous, as if they were complete strangers and Tunbjörk’s interaction with them was only a brief intrusion into the situation. In many of the shots the subjects are seemingly unaware of their being photographed; images of people are caught in their daily lives through their drape-less windows or engaged in drinking activities. In other images Tunbjörk photographs individuals in their domestic environment.

The installation features an eclectic mix of interior and exterior photographs shots paired together: a dirty, black snowman paired with a tanned leather clad man; two women standing in lingerie paired next to an exterior of a faded yellow apartment block; and a young woman in a red polka dot dress paired with an exterior of a snow covered playground. This combination from the position of ‘insider’ and ‘outsider’ makes it hard to determine whether these are images of friends and family or complete strangers. What is consistent through these images is that all the subjects are treated in a similar manner, their voice silenced from the images, replaced by a grand social narrative of the negative and depressing effects of Swedish winter. 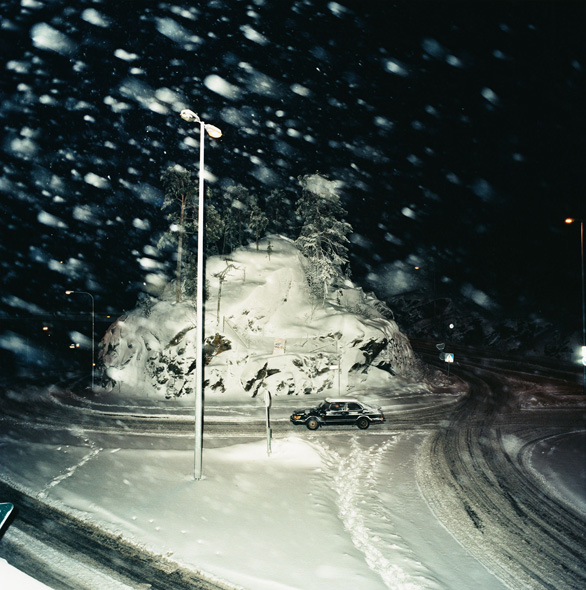