Artist and writer Barbara Confino’s new series, Walkabout: The City As Image, explores urban life as a visual experience. Functioning as both cameraman and editor, the walker sees the physical and human environment as if it were a film in the making with its connections, contradictions, collage-like juxtapositions, and unexpected harmonies 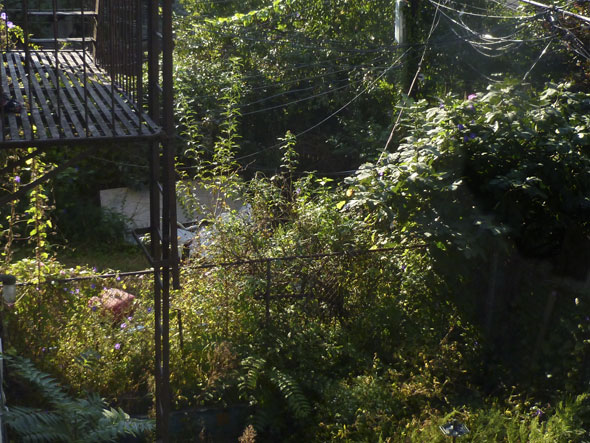 The backyards of Bay Ridge are like housewives who never get dressed. Slovenly, overweight, gone soft in all the important spots, yet not altogether lacking allure, they somehow remain endearing. Unlike their fastidiously pruned counterparts in more upscale neighborhoods, these gardens have reverted to the wild and wild life loves it. The birds, especially, visit their tangles and forgotten fruit trees with regularity. Ever since moving here, I have discovered the joys of nature at arm’s length. Sitting on my makeshift terrace I have been dazzled by cardinals and woodpeckers, mockingbirds, hummingbirds and orioles, charmed by querulous sparrows, annoyed by intruding pigeons and nasty starlings. Each new discovery brings me a pleasure I haven’t felt since childhood and I find myself smiling. And the sounds! How elusive, how difficult to pinpoint the source of sound in the open air. Yet how delicious, thrilling even, is birdsong. Especially the mockingbird’s. On a TV antenna directly across from me, he perches, open throated as an opera singer, spindly legs spread wide, and gives concerts twice daily. All spring long I found myself rushing to get home in time for his afternoon performances. 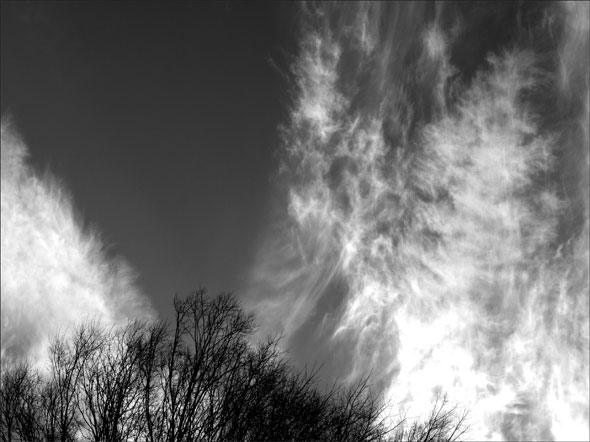 On the fire-escape where I have my rackety little chair a small telescope now sits, and on clear nights I try to count the craters of the moon. Accompanied by the frantic whizzing of crickets who are amazingly loud little creatures, I scan the skies with my amateur scope, hoping to see something more than the planes always passing by. Very occasionally I do.

In late fall and winter a desolation sets in. The leaves die, the plants retreat to their roots, and many birds fly south. Still the barrenness has its own rewards. Everything is much more visible. Now I can see the ground, watch the cats stalking, observe the behavior of the sparrows foraging in the trampled grass. And the appearance of the cardinal who stays throughout the winter is a heavenly revelation in red. Whenever he flashes by, my heart whispers: summer, summer is coming, for even in cold January he embodies heat. Winter, of course, seems to belong to the squirrels, who are plentiful. Nothing obscures their hijinks now. Fearless high wire clowns they race back and forth over the cables strung everywhere as if hung just for them. By far the greatest acrobats in the gardens, way out-classing the cats who are clumsy in comparison, they seem to hold little races for fun. (As they don’t seem to be squabbling about territory, what other reason could they have?) 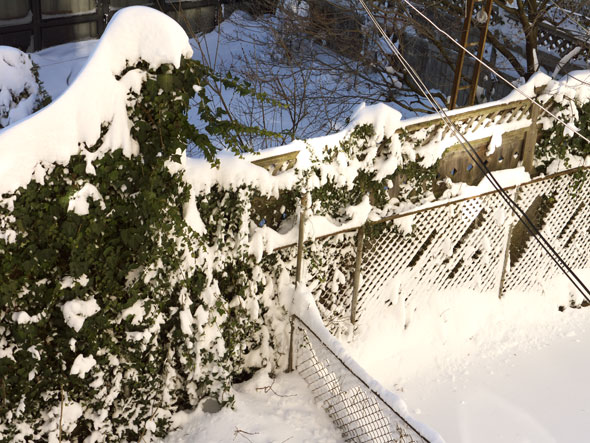 Winter holds its own wonders. The trees are like living skeletons, all structure. They enter into a dance with the clouds that is quite breath taking. Then a massive snowstorm in early January blankets everything, including my ‘terrace’, with snow falling in flakes so large you think you can count them. Of course you can’t, though their lazy descent teases with the notion. I climb out at night to take some pictures and just to marvel at the darkness punctured by the white, the scene so beautiful and surreal. Illuminated by the stray city lights, the flakes seem like messengers from another world. Only the cold sends me back inside. The next day you can hardly get around and city traffic has been halted. For many it is a forced holiday. For me it is a WalkAbout extraordinaire. 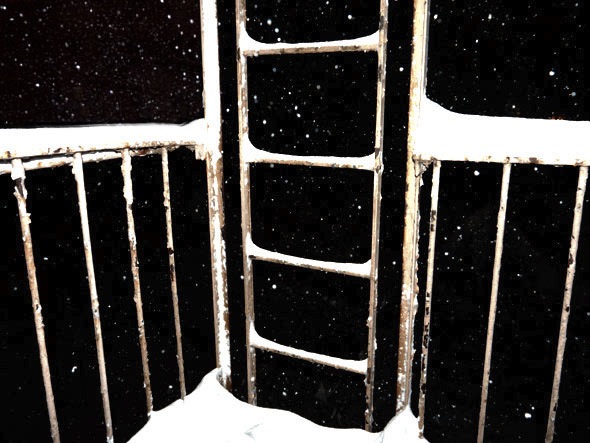