At the Plastique Fantastique office, I was first struck by the atmosphere: a low-lit corridor with a few disco balls and model airplanes hanging from the ceiling, transforming the small hallway into a laid-back and playful discotheque, 1920’s jazz music seeping out from under the door. Plastique Fantastique is an experimental architecture platform that works within a specific style, often using stand-alone plastic structures that resemble huge bubbles. Last week I spoke to one of the original founders of Plastique Fantastique, Marco Canevacci. 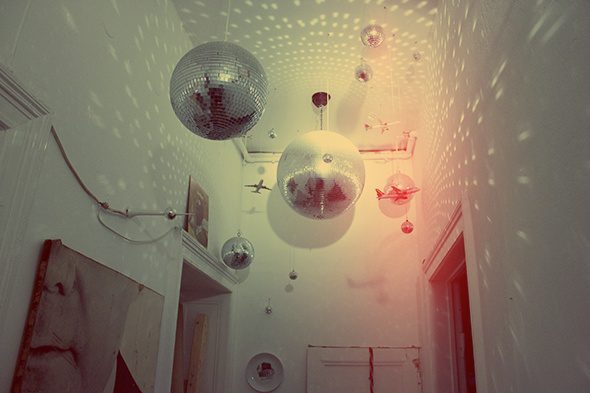 In the office, I was introduced to a couple other members of Plastique Fantastique, an architect and a journalist. In one corner of the office, samples of discarded plastic along with rolls of different materials were piled up. The types of plastic varied in colour and opacity but were mostly of the same properties: flexible, soft, and glossy. The bubbles from past projects and materials are stored in a warehouse studio in Wedding, where there is space for constructing the large plastic spheres. 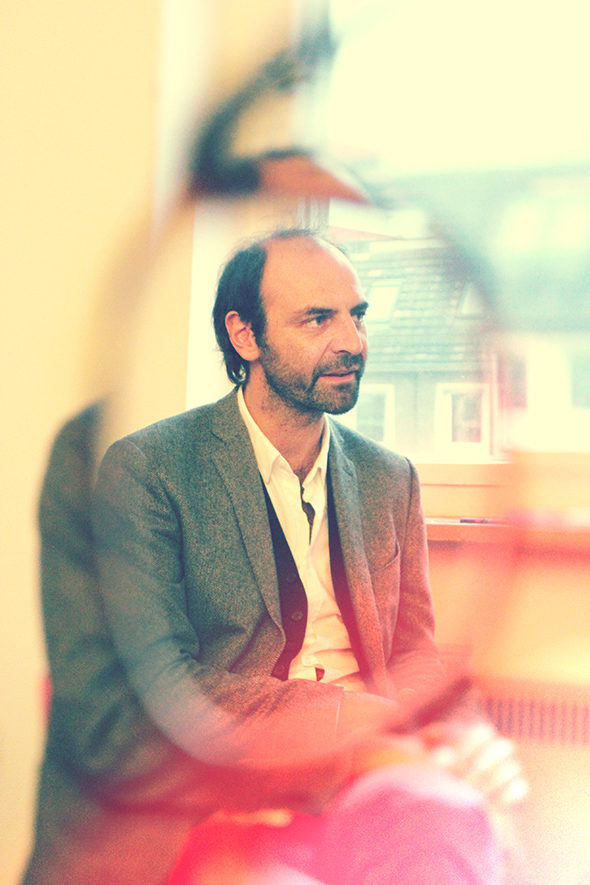 Where does one get the idea to use plastic to create temporary architecture? In the 1990’s, Berlin was a city where it was possible to obtain large spaces for very little money (sometimes for free). The biggest problem with these large lots and buildings was heating them during the cold Berlin winter. Canevacci, along with three other architects and an electronic musician, began creating smaller structures, that were blown-up by heating generators, within the spaces they procured. They used plastic because it was the cheapest and most ubiquitous material.

Made up of architects, sounds designers, a sculptor, a set designer, and a woodwork specialist (among other casts of characters), Plastique Fantastique eventually transported their bubble structure from living spaces and converted it into an architectural tool for changing the experience of public space. The bubble acts as a catalyst for investigating, and intervening temporarily in, open spaces. Canevacci explained to me that the architecture he works with is special because it allows for the creation of a structure that can appear and disappear within minutes. It can be spontaneous and nomadic, allowing fresh possibilities to emerge. 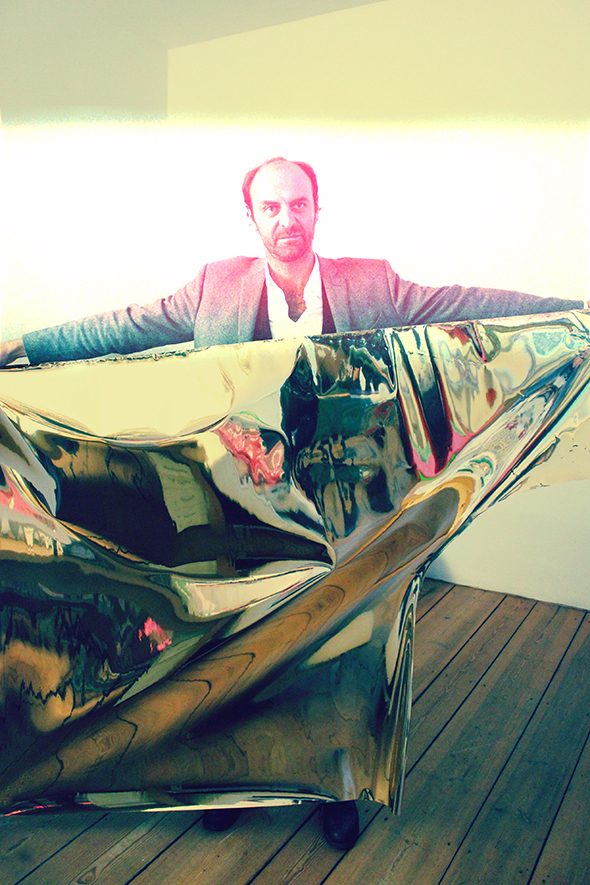 The bubbles are mostly created using opaque, translucent, and transparent plastics. Each structure has a specific purpose and is made in consideration of that purpose, or surrounding environment.

For example, at Metropolis Festival in Copenhagen this summer, they made the decision to use a mirrored and transparent plastic in order to reflect sunlight outward and keep the people inside the bubble cool. For a project at Moderna Museet in Malmö, Sweden, the bubble was created by joining two types of plastic, one transparent and the other opaque, so that viewers on the outside could only peer in or out of specific parts of the bubble.

Most importantly, the plastic structures operate so that social activity can take place within them. In collaboration with a sound designer and performers, the experiences inside the bubble vary each time. Plastique Fantastique isn’t just a platform for original architecture but also a platform for collaboration, bringing together creative people from all disciplines.

For the one-month exhibition Red Never Follows at Saatchi Gallery this year, Canevacci worked with musician Marco Barotti on a piece titled The Pulse of London. Upon entering the bubble, the viewer would have a censor attached to their ear lobe. This censor picked up the heartbeat of the person inside the plastic bubble. The rhythm of the heartbeat was digitalized, distorted, enhanced then played back to the person occupying the plastic bubble.

“It’s a personal experience with your heart,” Canevacci told me. Under their feet, the participant would feel vibrations coming from the sound of their heartbeat, creating an aura based on their heart rate. 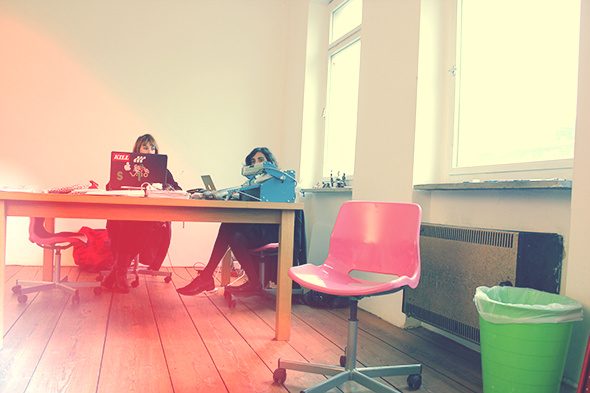 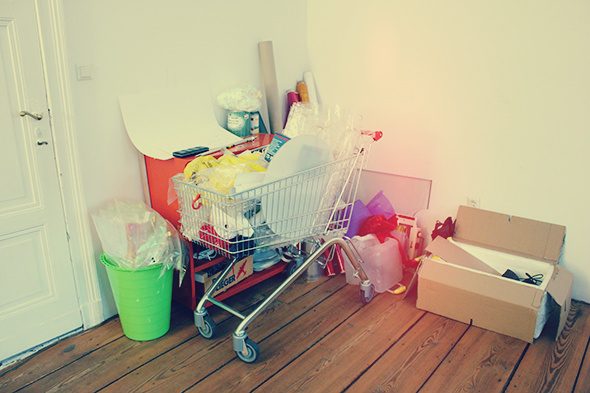 Not only functioning as a balance between physics and innovative solutions to temporary architecture, Plastique Fantastique’s body of work is underpinned by a philosophy, which Canevacci spoke to me about. To an outsider, it is about experimental and temporary architecture but to Marco Canevacci, personally, Plastique Fantastique is about “experiments that can help improve your vision within a city, by enhancing an anarchist point of view about urban landscape as well as society.” Canevacci half-jokingly added that, despite the name, he tries to escape from working only with plastic. 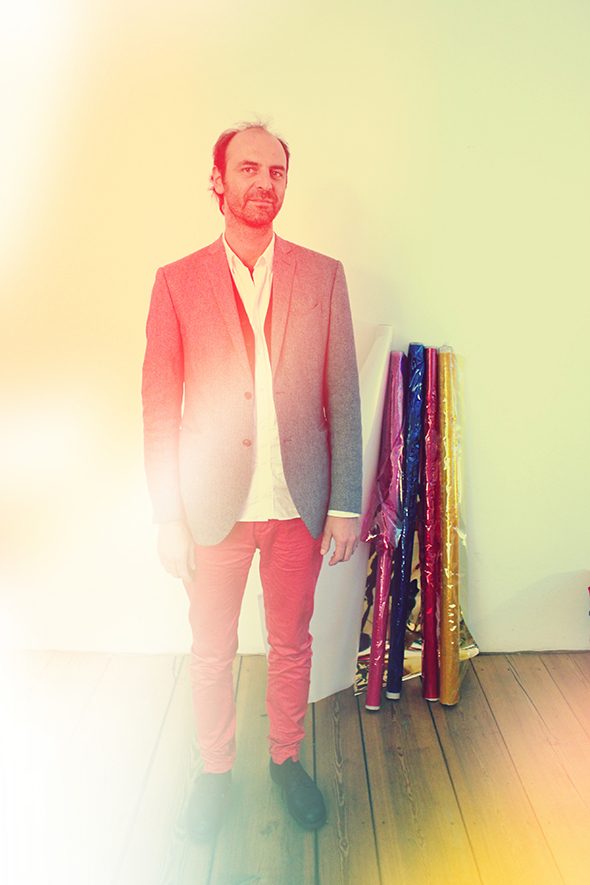 Jazmina Figueroa is an artist and writer based in Berlin.