Last week marked the triple launch of a new art book publisher, an artist’s monograph, and the premiere performance of a musical composition. At the centre of all this was Israeli artist Amir Fattal.

Fattal’s book Shadows of Smoke Rings on the Wall was the inaugural publication from newly founded, Berlin-based publishing house Dickersbach Kunstverlag, which specializes in books, monographs and artist catalogues by selected artists from countries outside of the traditional sphere of Western art history. Founder Safia Dickersbach describes the initiative as addressing “the Eurocentric and Western dominance in defining the criteria of which contemporary art is considered relevant.” To this end, the book was printed with texts in English, German, and Hebrew.

The launch at Kunstquartier Bethanien was accompanied by an exhibition of Fattal’s artworks, including a series of spectral black & white photographs of German villages in 1943, mounted alongside canvasses painted in primary colours, and a series of architectural facades reproduced on gilded mirrors. Many of these pieces are included in the monograph, which was available for purchase at the opening. 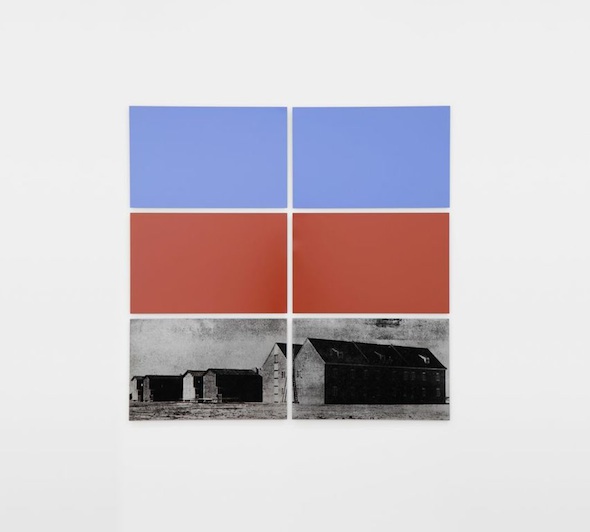 The third feature of the night was the premiere of Fattal’s composition “From the End to the Beginning,” performed by the Zafraan Ensemble, and accompanied by Soprano soloist Dénise Beck and conductor Holly Mathieson. The piece was a moving revival of Richard Wagner’s Vorspiel und Liebestod, played in reverse order. The kind of chaotic, non-synchronous sound you might expect was far from the outcome: the piece sounded soft and elegant, quite distinct from a classic Wagnerian work.

Seen in the light of the overall project espoused by Dickersbach Kunstverlag, the literalness of the musical inversion becomes stark. The publishing house and its output are testament to the admirable pursuit of re-imagining the Western canon from a fresh, critical perspective.