“On Screen” is Berlin Art Link’s newest blog series that explores and discovers contemporary film, video art, and installations. Every week we will offer impressions from the latest selection of screenings in Berlin.

Near Hermanplatz there is a place like no other in Berlin: La Ultima Cena. It’s a cold Mexican street café hued in a dark, industrial atmosphere that leaves you feeling a bit displaced, in a way that makes you think. In the back rooms, there are a series of cave-like chambers. The first chamber, or breezeway, looks like a prison and on the back wall hang two beautiful thanatological photographs from Bulgarian artist Kiril Bikov. The photos are called Purification and a red light cast from bulbs overhead invigorate the mood. It must be noted that Kiril Bikov has a permanent space in La Ultima Cena — he replaces his photographs whenever he feels a change should occur. Each of his installations provokes a dialogue between his work and the space, and everyone who experiences both. 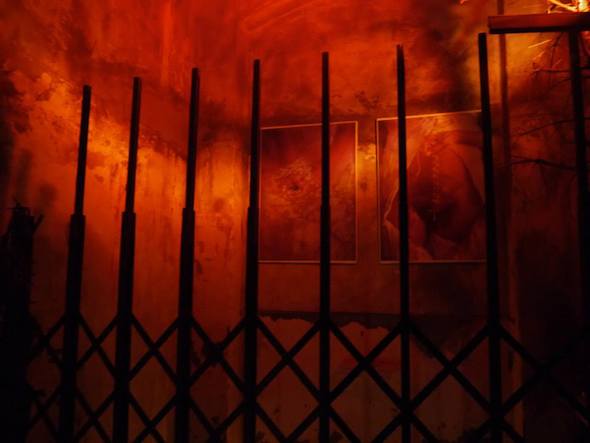 You may get lost in the back chambers, but that is not a problem. Eventually you arrive at a space where you can sit and watch a short film from Mexican artist Gabriel Santamarina‘s Gnostic Subversion Film series (which was screened this past month, but is currently not showing). Gabriel Santamarina is a contemporary artist with an obsessive passion for expression, igniting exchanges between Mexican and Japanese cultures, and making art that is not chained to the market — revolutionizing the way we conceive and interact with both art and reality. 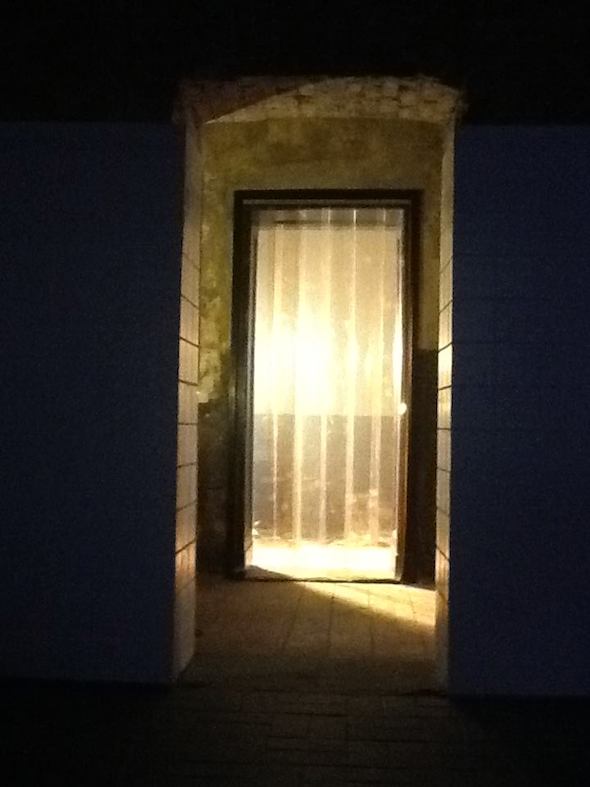 In 2012, Gabriel Santamarina wrote a manifesto, or meditation, on the role of the artist and the creative process called The Ideal Work. The essay is powerful in that it deconstructs the artist and his materials to illustrate the role of “medium” that artists must play in society and instill in what they create. Santamarina writes: “The meditation upon the driving force behind the artistic practice leads me to the question about the real meaning of the work that a minute applicant like me for becoming a servant of the Absolute must undertake in order to be a conscious part in the vital operations of this universal laboratory.”

The film being shown, from Santamarina’s Gnostic Subversion Film series, was a work of slurred (yet beautifully composed) images of Japanese culture caught at bleak, surreal moments of gruesome banality. The shots are meditative and slow yet dangle on the edge of a nervous energy. Santamarina’s film dialogues with Kiril Bikov’s photographs, and the atmosphere of La Ultima Cena more generally, to convey a similar ethos of openness and existential wonder, that once you have experienced you will want to explore more. 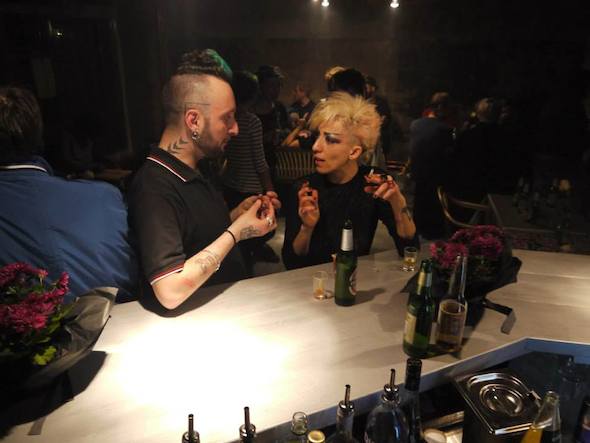