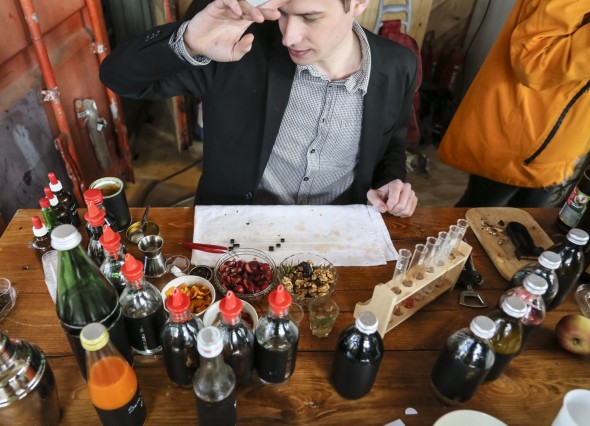 On Sunday at the Month of Performance Art hub Ding Dong Dom, For the Love of Food presented artists, chefs, and eaters with an opportunity to relax and dine, while also exploring possibilities of the performative and personal aspects of cooking and enjoying food.

The intimate space of the hub allowed for the stories of each artist to feel personal. Visitors could move in and out of the main space to learn about and eat food from buttered bread to Bavarian waffles to Taiwanese dumplings. Outside, the stunning seating area right on the Spree river allowed for quiet gatherings of friends while inside, chefs and visitors had murmured discussions about their food.

Though at first it seemed like a craftier street food fair, the patience with which the chefs described and made their food created an unusual environment — the focus was on the food and the stories of the people making it, rather than hunger. In this way, the title of the event was apt, as it was more of a laid-back celebration of food rather than a place to buy a quick lunch. 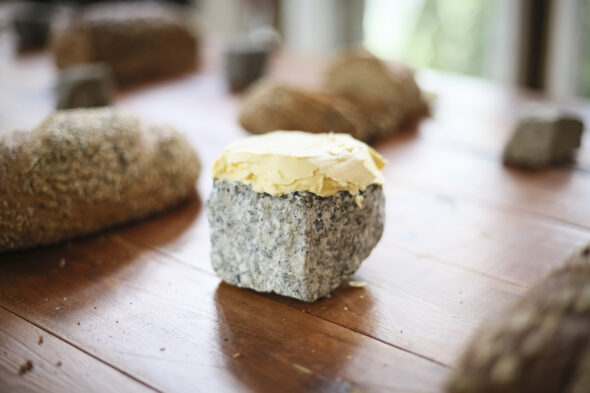 Raquel Neva arranged her loaves of bread into a grid on her wooden table, accompanied by a stone slab with butter. Her food was more simple, but her presentation was minimalist and called attention to the unpackaged bread as the basis of many meals and as an aesthetic material.

Amie Lin also used a neat arrangement of rows for her hand-tucked dumplings. As a Taiwanese refugee, she now lives in Berlin after a decade in New York, and is a self-taught artist as well as a charter member of the supper club The Gastronauts. The transparency of her food, with all of the ingredients set out neatly, led us to reflect that we don’t eat as much pure home cooking as we used to. 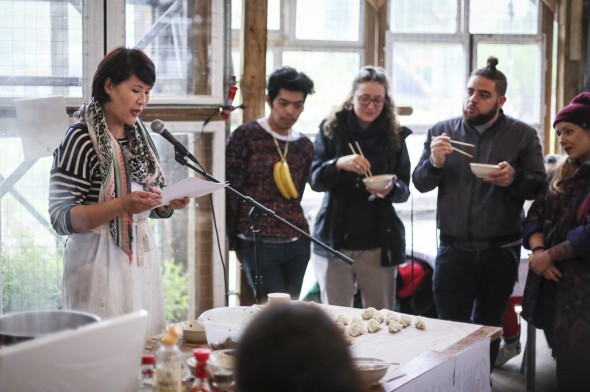 Also immersing us into this culinary and artistic marketplace was the currency: paper bananas. Each banana was worth one Euro, and the change in currency caused for lingering discussions, rather than the usual transaction.

Each stand had its own narrative and participation, whether it was writing down recipes to collect and hang above the stand serving Feijoada stew, or nutritional tarot card readings by Mona Motel. At the “Biergarten” stand, a mixologist made custom alcoholic shots, based on your mood and responses to a couple of questions, such as “What’s your favorite season?” and “If you could be anywhere right now, where would you want to be?” Using eyedroppers and what looked like an 19th century scientist’s lab, he would present a single murky shot on a wooden board to the excitement of the buyer. One girl proclaimed that she had never enjoyed drinking a shot so much before. 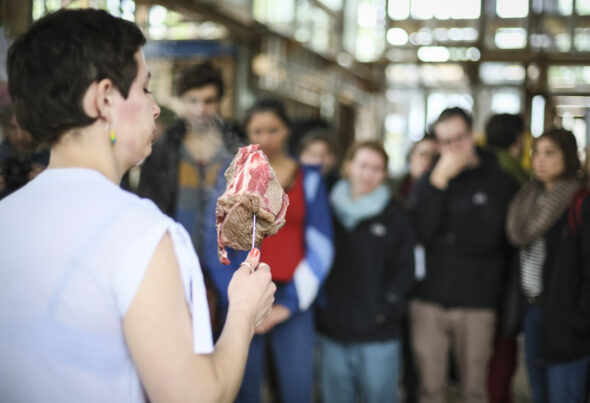 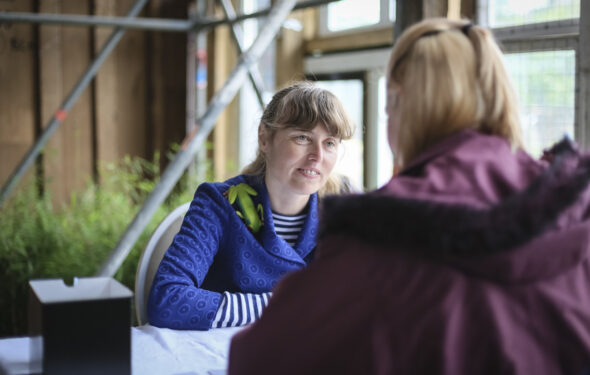 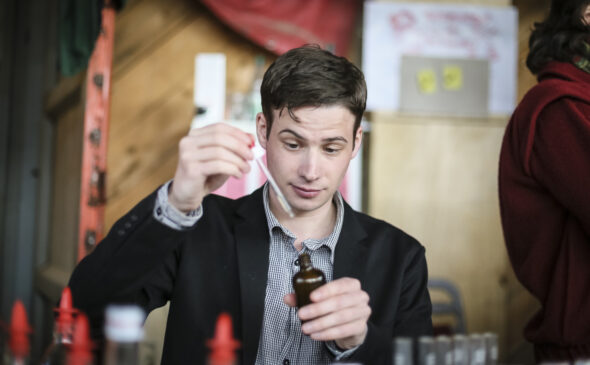 MONTH OF PERFORMANCE ART BERLIN
Until May 31, 2014; at multiple locations