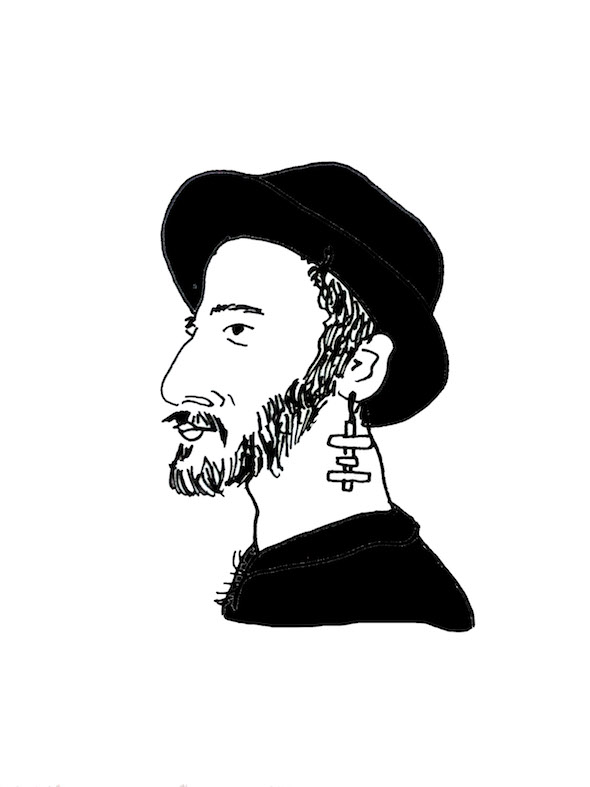 Gegen Festival of Light took place on May 2 at Kit Kat Club. A torrent of shirtless men and skinny women with bleached hair gathered around the swimming pool, waiting with cigarettes and drinks until they felt ready to dance. The dance floor was oscillating to the rhythm of bodies moving in step with one another. The stripper poles were constantly occupied by a variety of people and the fog machines were busy steaming the club. Upstairs in the dark rooms, other forms of dance were occurring.

By the time xorzyzt came on stage, a continuation of dirty techno was met with surges of drone and moments of dark industrial. Born in Los Angeles, Brandon Rosenbluth graduated from Bard College in 2008 and has been in Berlin since 2009. Rosenbluth is an “experimental process-based media artist, making de-structural videos/re-animations and drone/dance musical compositions, for immersive metaphysical installations and projection-integrated performances,” who in 2009 formed a shamanistic media art collective called dev01ded.

Having returned a few months ago from a trip to India, xorzyzt’s Gegen set explored a metaphysical interaction to dirty techno. States of chaos floated from the speakers and petered out into minimal outbursts of ambient beauty. xorzyzt’s set demanded movement and everyone at Gegen responded in whatever way they wanted, which in large part, was by dancing. There were moments during the set where dark tones overpowered the beat, grafting a volcanic pressure into the club. This dark pressure, or energy, was something you could grip onto. By the time xorzyzt left the stage, traces of his music lingered through the club: I saw a man dancing with an umbrella and a woman who looked like Xena warrior princess. Both of them smiled at me.