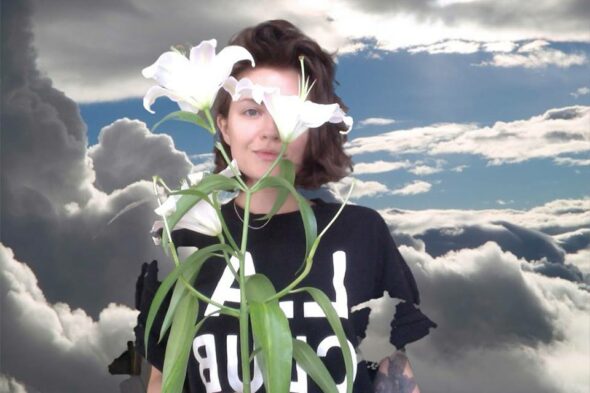 PAUL FEIGELFELD What are you wearing today?

PF How did you perfect this style? You make it seem so effortless.

ME That question reminds me of an EXTRAS episode where the lead female character is at an award ceremony and is asked who’s dress she’s wearing and she says “mine”.

ME My style is based on an idea: necessity over luxury. What travels well, is always comfortable, will last longer than a weekend, and it always matches. Black, a splash of white, cotton, spandex, leather, rubber, and denim.

PF What brought you to Berlin the first time?

ME While living in Paris I went on tour with a French band I used to play with called La Femme. We had a week off here, and I’d never been, but everyone who knew me and had been here always said it was “my city” or would be my favorite. They were right. I wasn’t here for more than a few hours before I realized I wasn’t going to leave without finding an apartment. Two days later I had a flat, five days later after our days off I left the tour, went back to Paris, packed my bags, and voilà.

PF You left Berlin at the end of 2013 to go back to LA and start TOP40. What brought you back?

ME I had to go back to L.A. to spend Christmas with my family. My little sister just had a baby, and my mom made it clear I was to spend Christmas at home. So, I went. Being more broke than I can remember as an adult with literally zero money and no job, I had to figure something out in L.A. quickly. The challenge was I planned on moving back to Berlin within in a few months, so I had to get creative. After cleaning a few friends’ houses and working some bar shifts I created TOP40. A few months turned into half a year of the most insane work of my life. I came back to Berlin and played a show 48 hours after the final event for the latest series LA SUMMER. Thankfully I had a handful of shows booked at various venues and festivals for the fall here, so I came back with purpose.

PF How would you say your various fields of endeavour, from being a musician to being the creator, organizer and often performer of the TOP40 series, which has become notorious in an incredibly short time, connect to and influence each other?

ME Alright, thinking cap on. [the typing gif is moving for quite a while]

They exist as one for me. It’s all rather hand and mouth at the end of the day. I get anxious when I don’t feel like I’m optimizing my time. I’ve been making music as long as I can remember, and it got to a point where I needed to evolve the process – create more challenge, which ultimately meant to share it publicly. That said, I was rather unimpressed with the current avenues in which one would be able to do so professionally, i.e. to find someone who cares enough to support the thing, and put it on the site with the most hype – and then the exclusive release goes too. So I decided (based on my professional history of being a curator and event producer) to just build the platform that best represents what I’m doing with taste and a curated audience who gets it, and that adds to the true joy of the experience. All in all, to truly optimize, I had to build something much bigger than a stage just for myself. It needed to be something for everyone who was also looking for a platform true to the legit OG ethos of DIY. Also at the highest accessible level of finish and production possible – built by artists, run by artists, for the artists, and then shared on our terms in our imagined, realized, and dreamed up environment. It’s like the Zen saying: “Follow the path of least resistance.”. For me, doing it all myself is just easier. Thankfully, now that I know for certain I wasn’t alone with my frustrations in the system, TOP40 is officially a thing for the universal creative neighborhood, it’s a communal joy of the experience and we inspire each other through hard work and celebration.

PF Can you tell me more about your history of being a curator and event producer?

ME As my mother reminded me the other day by sending me some hodgepodge jpg of a flyer I made in 2001 for a Northern Soul 60s/Oi/Motown dance night at the bar I used to manage when I was 17. I’ve been throwing parties or hosting events half my life. All kinds really. I used to also curate a gallery in San Francisco and throw shows at various venues when I lived there, I had an ongoing monthly Goth party in Los Angeles called “Bloody Mess”, and also ran a creative space in downtown L.A. with a gallery attached, where I curated happenings for a few years (such as live scored film screenings, symphonic psychedelic visceral evenings, modern and contemporary dance performances, art raves, etc.) My primary focus as a cultural producer has been in hybridizing the experience full on: the art show meets the after party meets the ballerina, where all the black metal and goth kids learn they actually like techno. Something more interesting than the thing before is the simple challenge I suppose. After all, I have to be there, so once you’ve been partying as long as I have you wanna feel as high as you did the first time – so create a unique experience every time.

PF How do you think this will transport to Berlin?

ME I haven’t the faintest idea actually. I’ve never been good at future thought. It seems people are hungry for the same things here, as they are everywhere. That said, I’m excited to saturate myself in the labor and see what kind of alien flowers will blossom from the cross cultural gardens.

PF How do you think TOP40 will change in Berlin? What kind of communities might it create?

ME Berlin as a city is far more accepting of “endurance clubbing” and thus there are fewer legalities and bureaucratic restrictions than in the states. TOP40 and my current music came from experiences here in Berlin. It’s non-judgmental, lawless attitude despite the strictness in the general German ways, the history, and the intense weightlessness of everyday life. I think Berlin’s polarity, community, and spirit of expansion over escapism made TOP40 possible. So in a way it’s just coming home.

ME I’m pretty sure Berliners invented it. As an American it’s really quite shocking to come to a place where people regularly go raving for three days straight and then make plans to have lunch in a park before they go home to sleep for 24 hours. It took a significant amount of re-programming for me to get my head around it. It’s an amazing phenomenon how truly open people are with the intensity of their life styles. The sex thing is still a little weird here for me though – people aren’t as comfortable as I’d imagined with sexuality. The few sex clubs I’ve been to, on the other hand, are something else all together! It’s all a cool puzzle I’m still working out – sex in the basements and “secret rooms” of all the cool clubs but no sensually swinging hips or booty shaking on the dance floor? Bananas.

I think if I could bring anything to Berlin it would be an added sense of wetness of being: sensuality and seduction. Not a twerking convention – something inspired by Sade’s “No Ordinary Love”, Depeche Mode’s “Behind The Wheel”, the scene in Wim Wenders’s “Paris Texas” where Natassja Kinski is in the call booth in the perfect red sweater, the flirtation of Patricia Arquette in “True Romance” and the attitude that’s silent sexuality drips off John Lurie in Jim Jarmusch’s “Stranger Than Paradise” – in short a smooth, throbbing, flirtatious, tempting taste of unabashed passion. 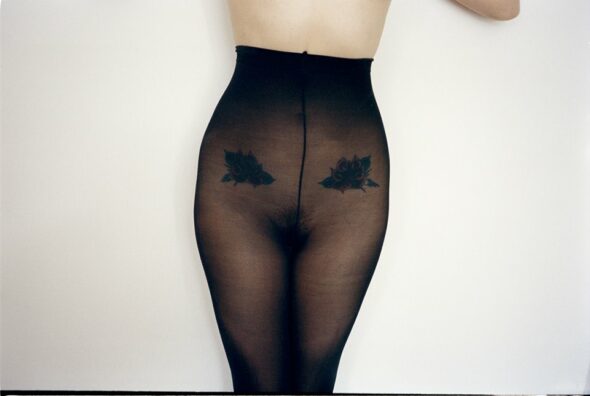