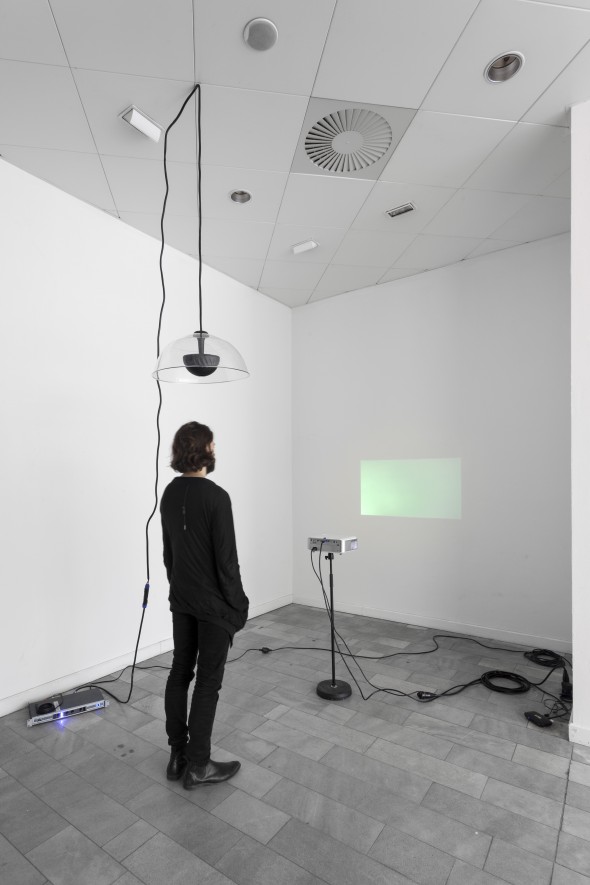 Elisa Linn and Lennart Wolff are an established power couple who run the project space KM Temporaer. They are the curators behind the current exhibition, One Step Ahead Moving Backwards, and their past shows include local.#non.access (2014), Is it much too much to ask, not to hide behind the mask? (2014), Surplus Living (2014), (n)on site (2013), and new atlantis (2013). Their involvements reveal an acute awareness of contemporary issues, and the unavoidable implications of the digital age on social dynamics and on art. Their most recent show at the Lab for Emerging Arts and Performance (LEAP), One Step Ahead Moving Backwards pictured in this article deals with works that explore a temporality that both avoids and responds to accelerationism and the rhythms of market dynamics.

Our conversation was based on an inquiry about new media art, insofar as it critiques and uses the internet as a medium for expression. The young duo are thoughtful and attentive, offering informed reflections on the topic and supporting their ideas with exemplary artists and events. What resulted was a discussion about the materialism and material of the internet, the social and psychological implications of new media platforms, and the economics of the spectacle. 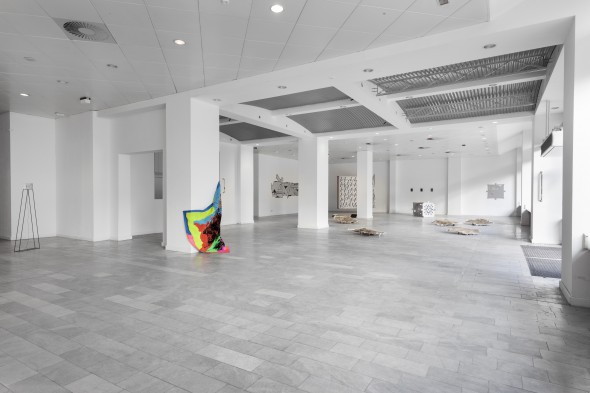 Alena Sokhan: The internet is often called a horizontal platform for interaction, where supposedly anyone can publish and anyone can have a say. However, it seems that this is not necessarily the case. For instance, women have a much smaller presence on the web, or an older generation may have more trouble learning the technologies. What is your experience with the demographic making net art?

Elisa Linn: Well I don’t like this narrow-minded connection between the internet and a certain generation. For example there are a lot of older people who are far more committed and connected to social media than younger people because besides a generational influence individuals deal differently with the issue of privacy, communication and self-presentation. Here one also have to keep in mind different cultural backgrounds, education, or maybe habits. It is often just the finding that people can deal with something particularly good if they have been used it since ever. New things are often hard to figure out. Nevertheless on a global scale there of course exists a digital divide that is linked to wealth…

Lennart Wolff: It is mostly male, but there are other people. At the beginning, programming, engineering and computer sciences were very male professions, but that’s certainly changing over the last 20 or so years. I think there is also a shift happening, where at the beginning net art was about programming, creating websites, creating applications, now I feel the approach is more directed towards physical objects, or an online presence through existing platforms, like Facebook or Instagram. It is less about changing the infrastructure or hacking, but using it as a subversion and performance, for example with people like Bunny Rogers or Amalia Ulman.

AS: Web 2.0 was about creating platforms to make it simpler for people to interact on the web. This has the effect of offering freedom of choice instead of freedom for the sake of accessibility. How does net art use these pre-constructed structures for creative expressions?

EL: I think that people are aware of these problems and it’s a compromise that they are aware they are making. We know that companies collect and speculate with your data. That is not a secret anymore. Now that’s your own decision, you make a compromise when you use the infrastructure.

LW: There are many artists that integrate their use with various types of subversive strategies. But also I feel the interest is less in critiquing the system or the overall infrastructure but in taking it as something already given, as something that we all already operate in. If you look at Facebook, we have to a certain point agreed we cannot operate without it. So artists that work with social media are investigating the deeper, psychological processes, using these systems to build fictional narratives. 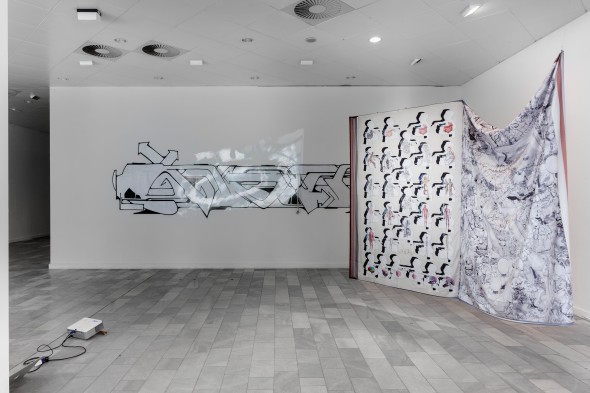 AS: Virtual space and the internet have been used for escapist means – I mean virtual reality worlds, or even to perpetuate consumerist dissociation, where you simply buy and consume. How does internet art contribute to or critique these escapist fantasies?

EL: I think the obsession with the image has gotten to the point where you can consume the image itself, you don’t need the physical object. It’s a type of fetishization. I feel like a lot of artists are criticizing this by trying to create a distance from the virtual, by not producing any image of the art, and not seeing the artwork as a sort of end product of artistic creativity.

LW: When you talk about consumption this relates to a kind of economy. In the online reception of art, attention becomes the new currency. There is even a business that specializes in creating fake Facebook accounts through algorithms that reassemble images and stories into profiles, and you can buy Facebook likes or friends to get more attention value, as Constant Dullaart describes in his text-video ‘100,000 Followers for Everyone!’ That is a very weird thing about net art… in a way it is a system that functions on popularity or like and shares.

AS: How does that affect the value of internet art? Because of its medium it is forced to be popular, to have mass appeal in order to have any significant presence.

LW: Well that’s nothing new, really. Often when you see art you notice it has been conceived to be photographed or displayed. There is this funny anecdote, where someone talked about these young abstract painters that do art that is all beige and grey, and someone mentioned that this was the most radical thing you can do, as it has the highest contrast to everything else on the web, which is all flashy colors and saturated and strong. Then you see this beige on your smartphone and it sticks out. 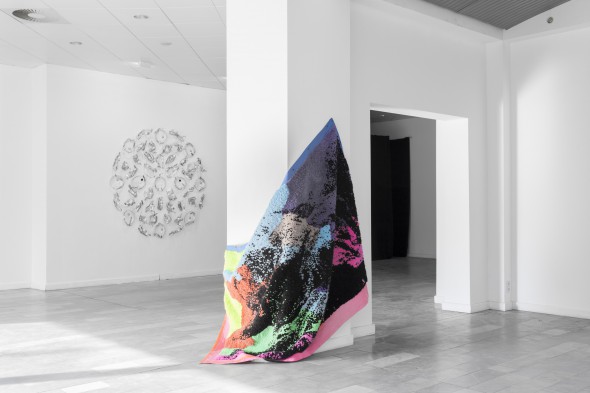 AS: In local.#non.access, the only way to see the works was through a mobile device when viewers were connected to the gallery network. What were you saying about property and property rights, as in where do you locate the image and who owns it?