Kristoffer Gansing is the artistic director of transmediale, a major Berlin-based cultural festival dealing with the intersection of technology, art and culture through four formats: a conference, an art exhibition, a film programme, and a series of performances. Gansing spoke to us about the festival and offered reflections on new media and media art from his experiences working on transmediale since 2011. With a background in film, net culture, and urbanism, Gansing is intensely sharp and deliberate in his statements, immediately considering multiple facets and complications of every thought. In a short hour he offered a stream of ideas and examples on how digital technologies have affected our relationship with ourselves and our experiences of the world. 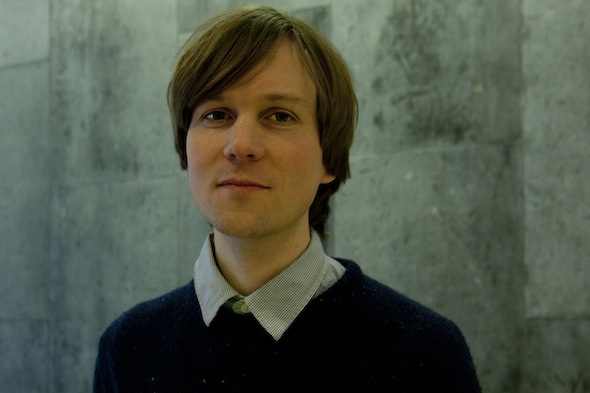 Alena Sokhan: What was the motivation for the 2015 theme for transmediale, ‘Capture All’ and what are the connotations that phrase carries for you?

Kristoffer Gansing: The phrase comes from the surveillance debate and what Glenn Greenwald called the ‘full take,’ that is, total surveillance of all communication activity, which transmediale this year sees as a symptom of how social and economic processes now function. The title speaks to the quantification of life on several registers – the attempt to code and record all aspects of life and the belief that everything can be made into data. For example, we voluntarily offer our own bodies for self-surveillance, for the sake of health, we record our eating, sleeping, exercising, and so on.

There is a paradoxical belief that a person can be optimized and datafied through a perfectly calculated balance between work, life, and play, but what we are seeing is that, increasingly, these distinctions disintegrate. You have media artists who make this apparent, like Jennifer Lyn Morone, who is selling her own browsing data, making her own leisure activity into her own corporation. What transmediale aims to accomplish is a re-contextualization of what already exists: our goal is not to celebrate or resist technology but to reconsider the naturalization of the digital.

AS: Could you speak about the different formats of transmediale – the exhibition, the conference/workshop programme, the performances, and the video programme – and the significance of having a multimedia event?

KG: Really these sections developed historically and mostly serve an organizational purpose. transmediale was originally a film festival, VideoFest, and was renamed Transmedia in 1997, and transmediale in 1998. The name is meant to emphasize the trans-disciplinary focus of the festival as much as its multimedia component, since it is critical for us to resist the compartmentalization of knowledge and increasing specialization. The conference in particular is very trans-disciplinary, with a huge range of topics and speakers, artists as well as established academics. The festival as a whole attempts to address certain issues and does so through a range of mediums. The different sections are meant to establish broad areas of interest.

AS: What kind of audience does each part (exhibition, conference, video programme) target and what do you want them to take away from transmediale?

KG: There is a core professional audience that is our target or who would benefit most from transmediale – people who are working in technology and culture or studying these things. The conference programme draws a lot of academics. We often see universities buying tickets in bulk for their students and incorporating the conference into their course curriculum, which is terrific.

The festival assumes a certain degree of familiarity with critical concepts or recent developments, but this is not to say that other people would not find it interesting or important to them. Most of what transmediale aims to do is to explore the effects that technological developments have on cultural imaginaries. This is a topic that affects everyone. Bruno Latour wrote a book in 1991 that was titled “We Have Never Been Modern”, and just like the magazine De:Bug suggested early in 2014, I think transmediale would respond to that with the statement that “we have never been Digital,” as a means of making visible our – everybody’s – implication in technology.

AS: What are some misconceived or outdated notions about media art you think are still problematically informing people’s understanding of it?

KG: Well most critically, the temporality of technology is not inherently linear or progressive, and that change is not simply a causal process. Change is definitely happening, but it is a movement that occupies several dimensions, at different paces, and has many implications. For instance, transmediale 2013 presented the term Back When Pluto Was a Planet (BWPWAP) as an exemplary paradigm for the multidirectional, in this case backwards temporality of technology, since in a sudden, retrograde motion a previous scientific revelation was negated.

Another misconception that transmediale resists is that the digital or technological is intangible. Technologies are material, and have material implications particularly on the human body. transmediale aims to make technology tangible again.

There are a few misconceptions of the festival itself: for instance, the festival is not at all a showcase for technologies, and the festival is very much about the present, as opposed to speculations for the future. We try to amplify and re-contextualize what is already happening. Change is naturalized, technologies are naturalized, and we challenge this naturalization and make it visible by making it strange. We are focused not on technical innovations but on the changes that technology has had on cultural imaginaries, including realities that are not immediately present in the west, like repercussions of our cultural habits in the developing world.

KG: Well, actually I was well acquainted with Transmediale before 2011, as a visitor, but took a few years away from it after 2007. When I came back I was amazed by how much it had grown and how much attendance increased and how the context of the festival had changed. Over the last few years, the social and cultural environment has changed dramatically: we are now dealing with Big Data, both corporate and political surveillance issues, security leaks, Snowden … these changes are more significant than technical developments.

For instance, Back When Pluto Was a Planet was focused on the change that depends on terminology and technical definitions but has massive repercussions to our worldview. Nothing changed physically, but Pluto suddenly became not a planet in response to an altered definition – our universe had nine planets and now it has eight. I think you can use this to understand the most dramatic transformations of transmediale that I have seen, not in the use of new technologies, but in the changes that have been sustained culturally, epistemologically, and socially from technological and scientific developments over the last few years.

AS: We usually do not identify technology with aesthetics, but do you see a distinctly media art aesthetic, and what is it to you?

KG: Well I think there is something like a uniquely technological aesthetic that has become standard and easily recognizable: the aesthetic of optimization and functionality. For instance Apple products have an aesthetic to them and it’s what we associate with technology – sleek, shiny, simply, smooth.

There is a range of ways media art responds to this aesthetic. For instance, many web artists who focus on code and on the technology itself disregard appearances, as superfluous to their work, and end up creating a recognizable, ‘techy’ aesthetic. Often media art works with systemic failures, when existing technologies fail to function properly, developing disruption or failure into the aesthetic. There is also a difference between the works that transparently incorporate technology into the art object and those that conceal it.

Digital simply means the discrete units and binary code through which computers function. It’s this characteristic of the medium that media art has to either embrace, resist, or expose.