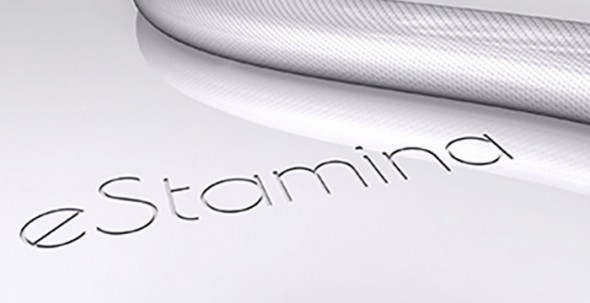 “Fitter, happier, more productive…” echoes a monotone voice from somewhere in the hazy, white fog that seems to have saturated each and every molecule of the room at eStamina, the latest exhibition by Berlin artist duo Grégoire Blunt and Emmy Skensved. The phrase is one we have all heard before, whether from the disturbingly synthesized lyrics of Radiohead’s 1997 album, Ok Computer, or as the headlines of the endless fitness and wellness blogs that have begun to coach our everyday lives. It is all about human enhancement- perfection of the body and perfection of the mind- through increasingly technological means, and the commodification of that enhancement is the main focus of the newest exhibition at Import Projects.

This is not the first interactive environment that Blunt and Skensved have created for their audience; just over a year ago, viewers were graced with the UV-lit realm of TONICC at OTHER Projects, where visitors were welcomed to immerse themselves in the icy nightclub-IKEA hybrid as they sipped on blue-light gin and tonics. To consume and be consumed was the overarching message, as the exhibition literally melted away over time. 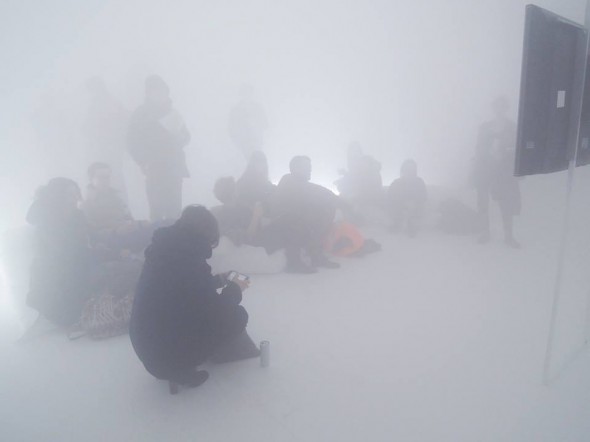 This year’s approach, though similar in its ambient polyethylene aesthetic, is somewhere between the “Beauty School Dropout” scene in Grease and something one might see from the window seat of a plane as it passes through a cloudy patch. The installation consists of a 60-minute audio track accompanied by cg visuals and scripted contributions by 26 other artists, musicians, curators, and a neuroscientist. The room, every inch of which has been covered in white, is rhythmically filled by a fog machine, creating the effect of a dream sequence in which one can sit back and relax on one of the three bean bags (also white) situated around a central looming screen. As we begin to sink in to the hypnotic atmosphere of our new surroundings, the focus is shifted toward the narrated visuals on the screen.

“Never old, never grey, just for you, just for men…” echoes an eerily digitalized voice as images of what could be any generic product for men begin to flood into the otherwise bare foreground. Whether it is shampoo, skin care, shower gel, or health supplements is unclear and, moreover, irrelevant; the point being that all of these products are one in the same. They serve one purpose, self-enhancement, and advertisements are aimed to make each consumer believe that the product has been individually tailored “just for them”. The visuals are sleek, concise, and accentuated by the clean, empty background through which they travel in a never ending assembly line. These are images we have seen before – ones we are almost too familiar with – but taken out of context we begin to view them in a different light. 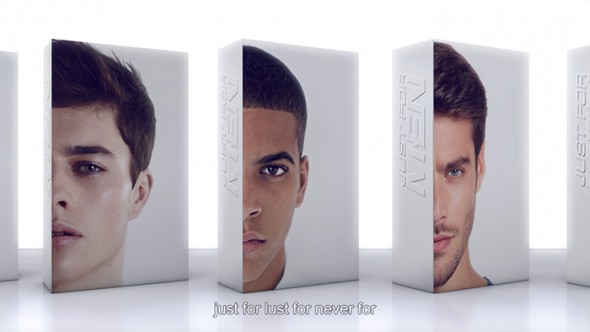 Individuality is blurred into uniformity with the countless ways we seek to better ourselves, to boost, to augment, to upgrade our bodies into smooth, hairless, anti-bacterial beings. “As we zap our fur away in pursuit of a return to prehistoric bodily aesthetics”, argues Bitsy Knox, one of the artists featured in the installation, “we also polish our scales for a new reality”. By removing our flaws and filtering every aspect of our lives, humans are creating artificial realities for themselves. Wearable health trackers, calculated heart rates, eating patterns, drinking habits, the tap, tap, tapping of our finger tips on the cold surfaces of smart phones…every step is calculated, our lives being nothing more than a jumble of algorithms. “Augmented reality”, Robin Murphy explains, “will allow people to remove anything that isn’t pleasing to them and instead of trying to enact change they will visualise change and curate their worlds until they exist in permanent self-affirming comfort.” But how comfortable is too comfortable when it comes to the way we live? To what extent are we really in control?

From the ways we alter our bodies to the information on our social media feeds, technology is at a point where we only see what we want to see or, rather, what we subscribe to. This incessant striving to compute and consolidate our everyday lives via newer and newer technologies is about more than just self-fulfillment; it is an anxiety, an illness, a cancer eating away at a society that is too restless to notice the symptoms. We may be able to control our caffeine intake, the size of our breast implants, the number of pills we take, or the amount of nicotine vapor we inhale on a daily basis, but the very fact that we are compelled to take part in these regimens says something about the impressionability of the human condition. Our choices are just as curated as the lives we lead. 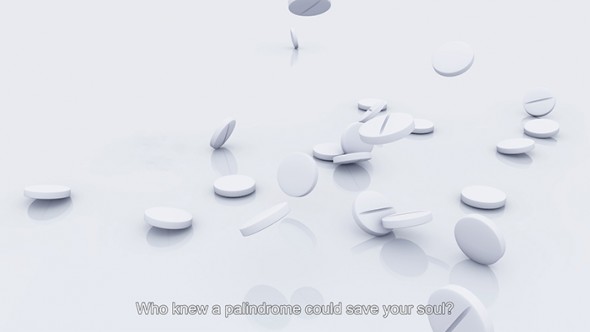 In a world where user data is valued above all else, what is to happen when we lose control of that data, when our very own profiles are exploited and manipulated for economic gain? “Facebook made 6.8 billion dollars profit from user data last year”, a voice says from somewhere deep in the fog, meaning this technological nightmare is not so far off from reality. We calculate self-worth based on the number of miles we run, calories we burn, likes we get on instagram, or how many followers we have on Twitter; it is a new, digitized form of Marxist labor value. In terms of the exhibition and what it seeks to portray, this begs the question: Does this pristine, white dreamworld envision some sort of hi-tech Utopia? Or does it hint at an Orwellian nightmare waiting to happen?

eStamina‘s artificial atmosphere undoubtedly stimulates the senses, though perhaps not as much as it could. Unlike artist Ann Veronica Janssens’ fog-filled rooms, in which visitors quite literally cannot see what is in front of them, causing them to reach out in anticipation, eStamina does not achieve such a level of kinesthesia. Upon entering one of Janssen’s works, the viewer is immediately disoriented and isolated from those around them, while eStamina does not grant its viewers the same solitude. By maintaining a social aspect, the exhibition runs the risk of being swallowed up into the abyss of trendy, ironically hyper-digitized imagery which has come to characterize much of contemporary and avant-garde art.

The installation is reminiscent of Kate Cooper‘s recent RIGGED exhibition at Kunst-Werke, in which she explores the ultra-realized female bodies made from CGI technology, while the personalized “energy drinks” piled up in the corner of the room are strikingly similar to the “Drink QT” ones designed and marketed by SOPHIE, a member of the cyberculture-inspired collective, PC Music. That is not to say that Blunt and Skensved’s exhibition is lacking in originality. The duo have presented us with an acute form of cultural commentary, if, that is, we can unravel its meaning amidst all the distractions. But perhaps that is the point. With the constant bombardment of images of “fitter, happier” and “more productive” people informing us about the next best remedies, eStamina gives us the opportunity to sift through the homogenous fog. Are we up for the challenge? Or are our minds as clouded as the room we stand in? 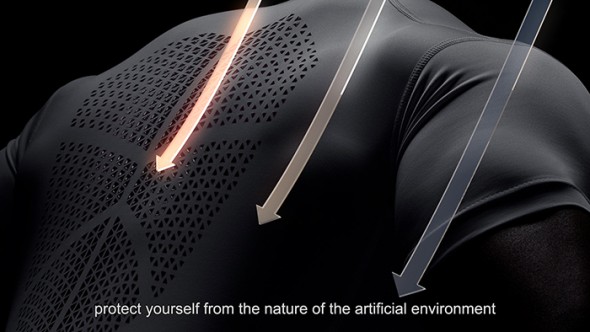