Chto Delat is an activist Russian collective that is aware of their social responsibility as artists, making engaged, accessible political statements with an idiosyncratic magical realism. They focus on installations, performance art, participatory theater, murals and film for political expression and creative activism. The collective is firmly grounded in theory and critical reflection, producing statements, pamphlets and publications that are as strong as their artistic work. 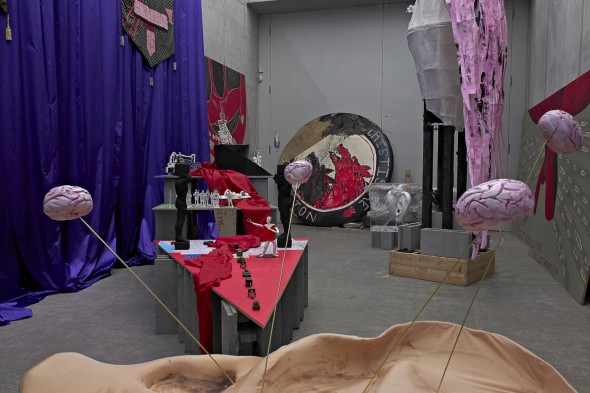 Chto Delat means ‘what is to be done’ in Russian, a name that refers to a novel by 19th century Russian revolutionary Nikolai Chernyshevsky, later used as the title of a pamphlet by Vladimir Lenin, an exhibition by Joseph Beuys, and a manifesto on political film-making by Jean-Luc Godard. This centuries-old phrase implies that something has to be done, since the social, political, and economic climate has reached a cataclysmic intensity. But questions of what and how seem to be the point of confusion and loss. This issue is reiterated by revolutions around the world: a simultaneous impulse to act and atrophy brought on by the insufficiency of any one action.

In a similar state, Chto Delat expresses their desire to speak up for peace and change, despite the fact that they will not heard in their home country, where the vast majority (80% in support of Putin) does not agree with their views. What results is a voice from limbo: zombie speech from people who are dead, cut off from participation in the political/social space, yet animated by a desire to say something. The collective maintains a “faith in narrative,” as group member Nikolay Oleynikov tells us, despite the pronouncement of the ‘death of the author’ in the 20th century. Recognizing the effective (and affective) power of stories, the collective constructs surrealist narratives in order to come to terms with trauma. 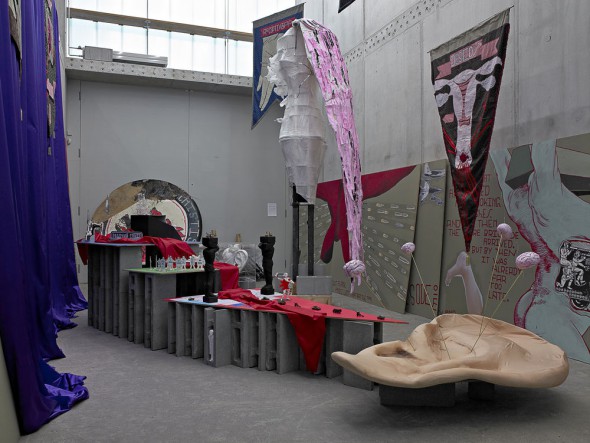 Chto Delat’s recent exhibition at KOW Gallery, titled Time Capsule: an Artistic Report on Catastrophes and Utopia has a story, which finds a satisfactory beginning in Chto Delat’s construction of a 20-foot, queer paper soldier: a monument to anti-fascism, which was destroyed by arson one night during its installation in Berlin. The perpetrators were never caught. The arson was an emotionally charged moment of hopelessness for the group, who were already heavily dispirited by the Russian invasion of Ukraine and by the Russian peoples’ unwavering support of Putin’s regime in the last few months. The burned figure of the Paper Soldier had a jarring resemblance to burned corpses from the Ukrainian war, creating a visual relation between the catastrophic political events and the ineffectiveness of creative activity. Hopeless and exhausted, the destruction of their work represented the ongoing negation of their efforts. Even though something is done, it can be undone, and the question remains: what is to be done? 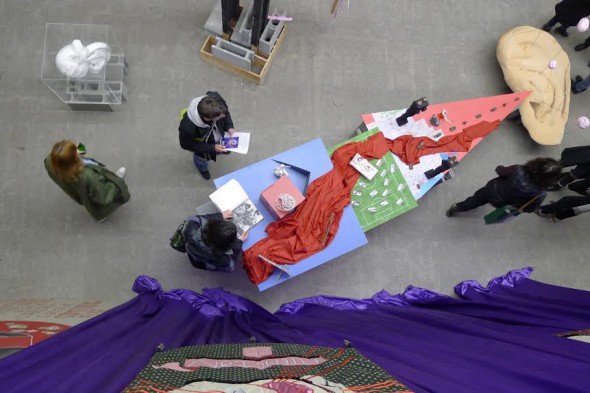 The collective responded to the burning of the paper soldier with a participatory theater piece, in which they had members of a crowd speak up and claim responsibility for the act of destruction, or accuse others of doing so. In this way, the collective could humanize the attackers by exploring the potential reasons why someone would do such a thing. This performance can be compared to the Russian government’s tactics of concealing the truth by spreading multiple stories, and explanations through the media. Called a ‘state of disinformation’ by critics, the Russian government confuses the public with many false narratives and makes access to truth impossible. Chto Delat, however, uses multiple narratives to expand their understanding of events, making visible real or latent impulses for violence and considering why people experience these fears, angers, and hopes. 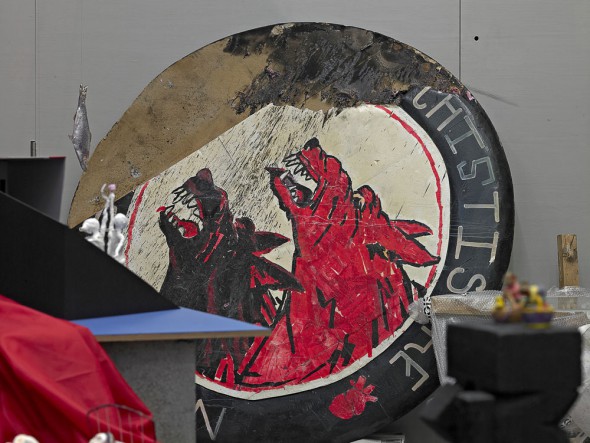 The burned Paper Soldier provides the zombie metaphor: an artwork that ‘died’ and was brought back to life, except as a charred, hopeless version of itself, not fully alive, but not fully dead either. This queer angel of history has a responsibility to keep history as much as to change it. The exhibition at KOW Gallery is the result of the artists collecting the broken fragments of their work and considering how they can be put back together. Gallery owner Alexander Koch describes the exhibition as “fragile”, explaining that it was meant to look like someone just put fragments of things down in a tentative assemblage, too exhausted to put together a coherent installation. Works are left on the floor, or piled up behind one another, with a large part of the exhibition staged, or perhaps stored, in the basement. What can be done with these fragments? How can they be gathered together in a meaningful way? Or, as Koch asks, “is representation itself not possible in a state of catastrophe? Is the possibility of representation cracking?” 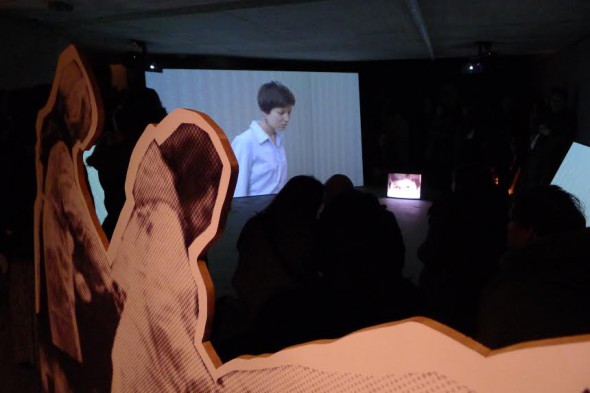 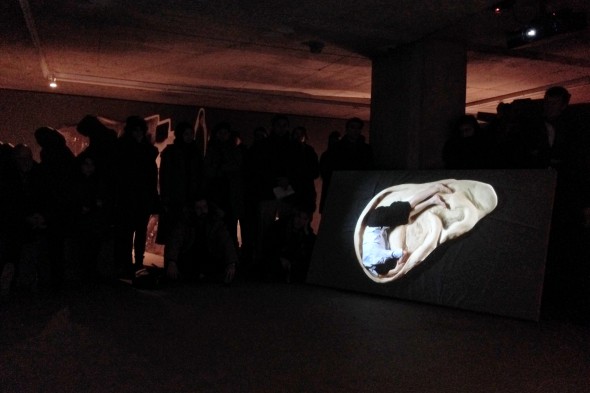