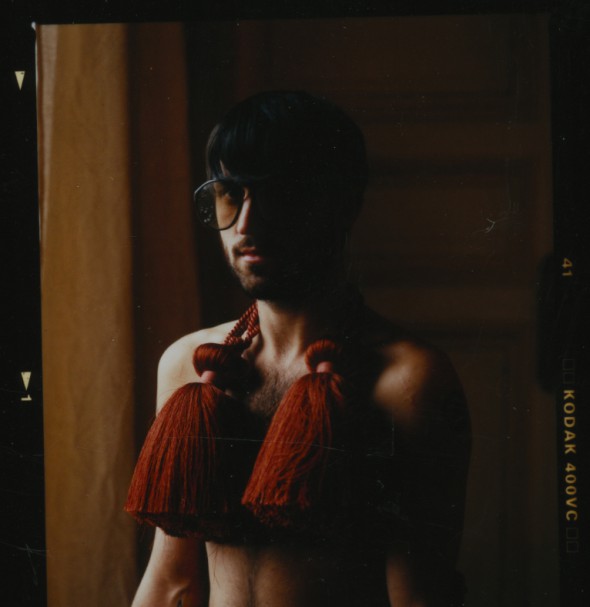 Performance artist Voin de Voin hails from Bulgaria with an unpredictable practice involving performance, installation, photography and film. His performance work stands out because of its endlessly exploratory aim and his at once absurd and deeply meaningful actions. Unlike most performance artists, Voin de Voin does not have a recurring alter ego nor are his works perfectly scripted in advance: he is particularly sensitive to the audience and receptive to the energy in the room, adapting his performance intuitively. For his upcoming show at Sariev Contemporary, Voin de Voin maneuvers the unstable and spectacular ground of contemporary realities: considering processes of displacement – the transfer of desire from one object to another – and pervasive escapist tendencies. Voin de Voin uses a colorful reference to critical theory, making up words and stringing together ideas in a way that makes a lot of sense. He talks to us about being silly, about his performances, and about the need to be critically aware of our present moment by constantly re-evaluating our relationship to reality. 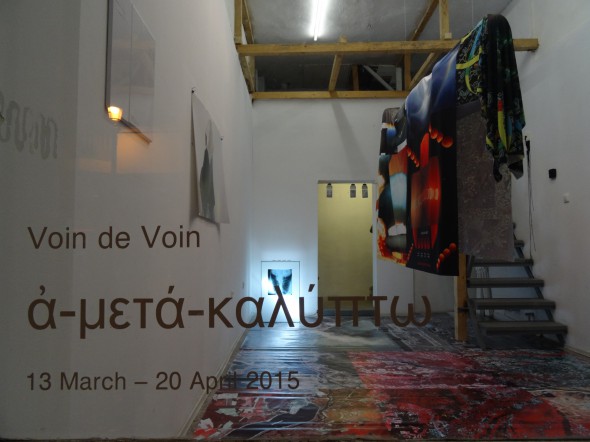 Alena Sokhan: Can you describe how your upcoming show is different from what you have done previously?

Voin de Voin: I would say the show is different in a way, that I and the “I” aren’t the center point of it. This show is marking a new era for my work. I’m trying to go beyond self-reflection, obscuring narcissism, and the rhetorical ego. Simply said, the subject is inverted: it’s no longer about “positioning oneself in the world”. It goes more in line with the notion that it’s not you who decides your role in life, but indeed there is a role that the external world has prepared for you to embody. 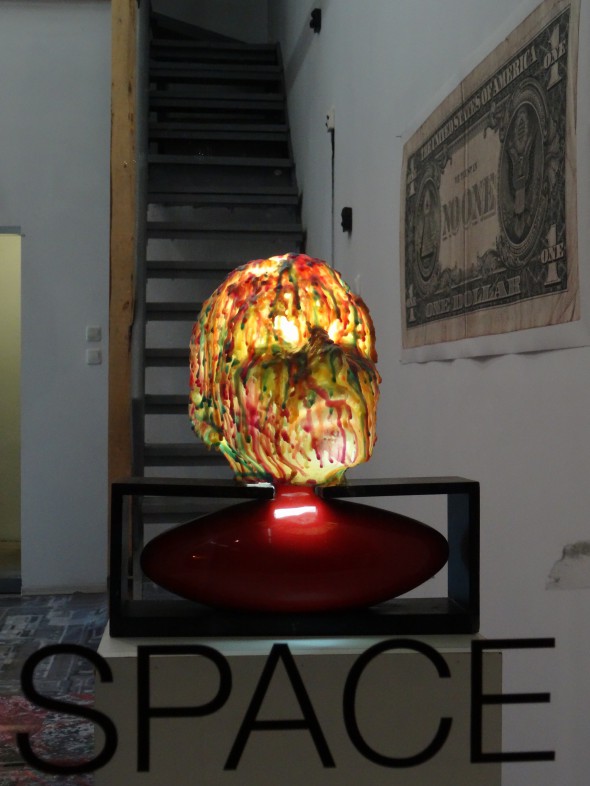 AS: What role does humor play in your performances?

VV: It plays a major part in my work. I truly believe that laughter has healing effects on all of us, and through humor we can easily let ideas come to us in a more natural way without prejudice. Performance is a delicate practice and the signifier (the performer) shall always bear in mind his/her position as a talking/reading body which can easily impose opinions or statements. Only through laughter can we liberate the inner child and look into subjects differently, breaking all conventions imposed by exterior factors and past revelations. Laughter is a remedy. Once you can laugh at yourself, the audience laughs with you at its most pure frequency. We can remember that quote by Charlie Chaplin, who once had said: “the world has survived, because it has laughed.” 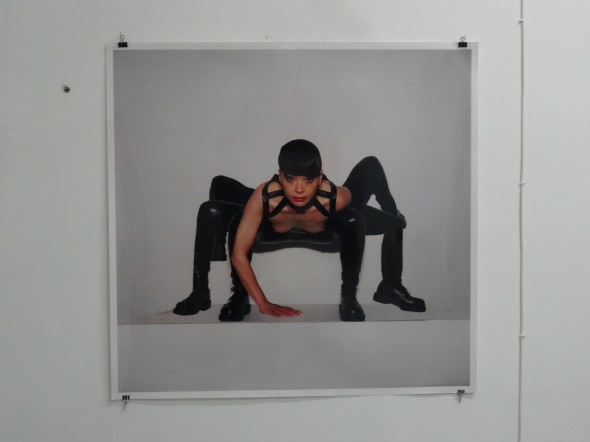 AS: Do you encourage participation from the spectators during your performances?

VV: The performance simply won’t happen if the audience is distant or detached – if they are, it’s a total waste of everyone’s time.

Performance is about sharing the present in all of its specificity.

AS: Can you give us some interesting examples of ‘displacement’?

Another good example is the Internet, which has managed to displace our senses by offering us a massive amount of information, instead of sensations. In the end we are deprived of being in touch with a subject in its essence, only with its peripheral representations. In consequence different psychological effects are created and we suffer from them both consciously and unconsciously, affecting the way we relate to the Other, since we are experiencing the world from within our expanded computer universe. In a way it makes even outer space seem small in comparison.

Last, but not least: art has a function of displacement, by dislocating the locus of perception. But here I see the positive, creative potential of this process. 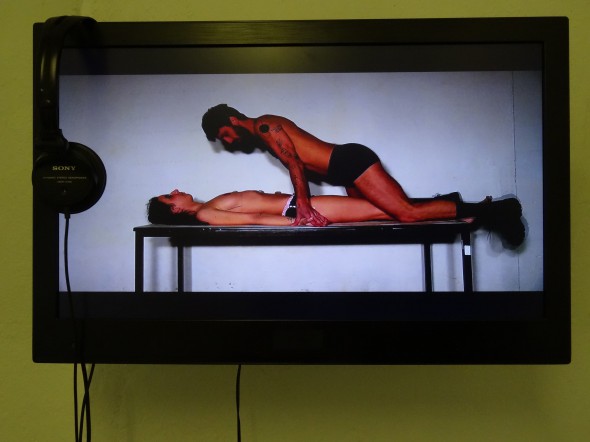 AS: Is the future a concern for you, and in what way?

VV: Of course it is – it’s all we have. The future is a concern for me, because it allows for the possibility of a change to be realized. There is a lot that needs to be done, for each individual. Sometimes I get angry at people who stop developing, and instead chose to live in a world of repetition and mental stagnation, who avoiding re-considering and re-defining the conditions necessary for healthy living.

For me, what is worse than ignorance is our ability to adapt ourselves to live in something unnatural, alien, false, or to deafen our intuitions and desires and become slaves to the system that we all, more or less, contributed to be build! 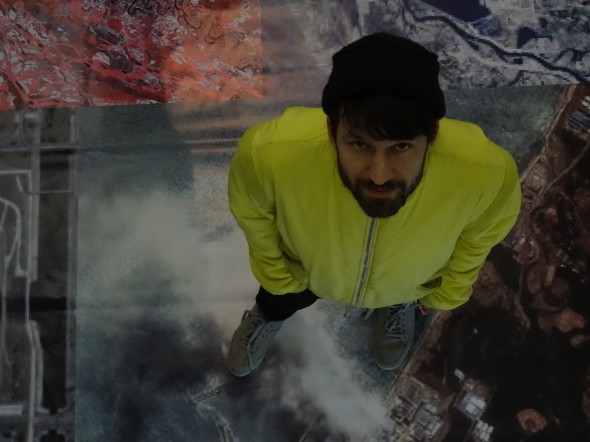