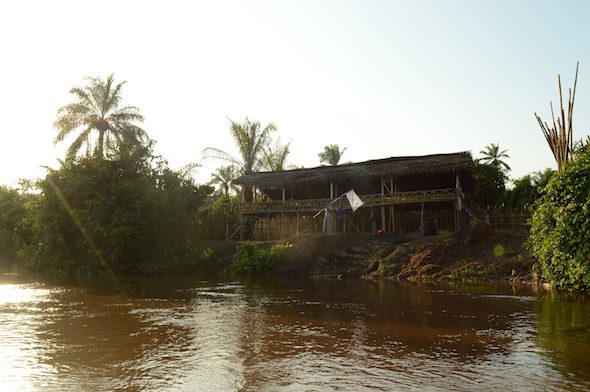 Renzo Martens has been urging the people of the Democratic Republic of the Congo to “Enjoy Poverty” for quite a while now. The project title itself is inflammatory – how can anyone enjoy poverty?- but the ideas and intentions behind it have been clearly thought through, and it is precisely this paradox that has given the Dutch artist his fame. Renzo Martens both documents and empowers his subjects with his projects that are at once highly controversial and somehow still okay. Martens is critical of the art world, of art’s political and economic presence, and, more importantly, of himself, and he sat down with the chief curator of KW Institute for Contemporary Art, Ellen Blumenstein, last week to discuss the matter of critique and to address the questions surrounding his work head-on.

The Matter of Critique – Fluidities began with a brief introduction of the Institute for Human Activities (IHA), a foundation which Martens co-founded in the Netherlands, Belgium, and the Congo. It is through this foundation that Martens has orchestrated his various projects, which he presented to the audience, followed by questions from Blumenstein and the public. The main issue at hand was that of critical art and the role it should play in society. Just as traditional paintings portray images of paradise, Martens argues, critical art envisions an ideal future, a distant utopia, of sorts, but how do we put this theory into practice? Martens highlights the position of comfort and luxury that artists have when criticizing social, political, and economic contexts. We plan trips and book flights and hotels to attend conferences about all the problems going on the world, we work ourselves up about issues going on in far off places, but where is the action? We do this because we can, Martens asserts, because we have the luxury to do so, but what is critical art worth if it only circulates debate among those who do the critiquing and not those who are subject to critique? 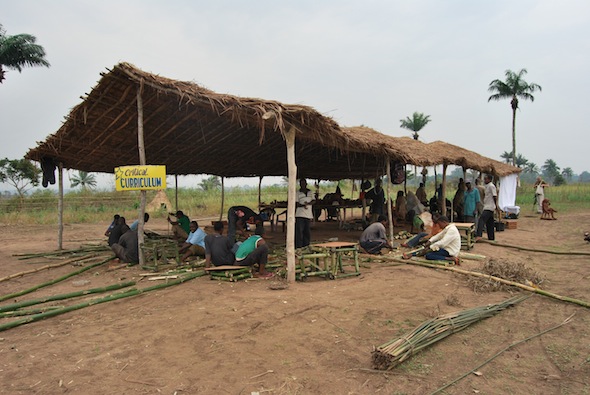 Not only does it circulate debate, Martens says, but it circulates capital, reinforcing and reproducing the economic disparities that it seeks to expose. Martens offers the Tate Modern‘s Unilever Series as a good example of this, a collaboration which, though charitable in its commissions and innovative in its showcasing of artists like Tino Sehgal and Ai Weiwei, built up the popularity and reputation of the Tate Modern more than anything else. The pieces exhibited are undoubtedly critical, but only to an extent; they are accessible only to a select audience, an audience that may already agree with most of the criticisms conveyed. It is a conundrum that begs the question: how do we engage with global corporations without supporting and perpetuating the inequalities and disparities that they set in place? Collaborations like the Unilever Series end up skimming the surface of a much larger problem, which is why, Martens urges, it is the responsibility of artists to counteract “capital accumulation” and the gentrification of gallery culture, to turn gentrification into a “progressive tool for social change”. 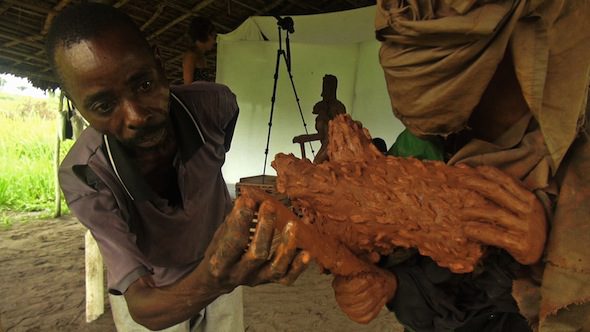 Renzo Martens’ attempt to expand the possibilities of gentrification is an interesting one. The particular global issue he has chosen to address is post-colonialism in Africa and, particularly, the exploitation of plantation workers in the Democratic Republic of the Congo; the remedy he has proposed is quite literally, as the Guardian puts it, to “gentrify the jungle”. In other words, Martens hopes to create a gentrified, artistic community within the Congo that eliminates the distance between critique and action. Martens and the IHA recently organized a project in which various plantation workers designed sculptures and self-portraits made out of chocolate from their very own plantations, which were then displayed at a number of galleries, including Berlin’s KOW this past Gallery Weekend. The workers were thus able to speak for themselves through art, to take control of their identities and the way they are perceived without the exploitative presence of a middleman. 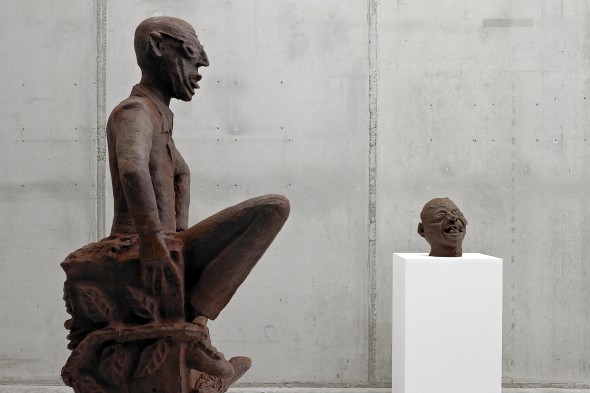 It brings to mind the question of primitivism in Modern art; the problematic fascination that artists like Ernst Ludwig Kirchner and Emil Nolde had with cultures unlike their own and the subsequent spectacle that was made of anything viewed as “other”. Martens claims to have removed this inherently Westernized perspective, allowing the Congolese artists to portray themselves however they so please. But that is not to say that there are no mediating forces at play here. Though I agree with most of the contradictions Martens set forth throughout the discussion, standing there in a crowd of well-dressed 20-somethings, I could not help but be skeptical of Martens’ skepticism. Something was just off, from the video of himself and Richard Florida, an American urban studies theorist, having a skype conversation in front of a crowd of seemingly confused Congolese natives to his rehearsed ability to respond to any and all criticisms made against him before they were even fully presented. After all, who is Renzo Martens, a white, heterosexual, Dutch man, to speak for the entirety of exploited peoples of the Congo?

Sure, there is point where critique must move past being just that, but I fear that Martens’ discussion has been staged before the wrong audience. At an artistic institution where just weeks ago I had seen Ryan Trecartin‘s ‘Site Visit’ and Kate Cooper‘s CGI-inspired ‘Rigged’, Martens’ discussion felt all too out of place. With words like “recruitment” and “creative infrastructure” being thrown around, I found myself wondering, what type of “critical art” are we talking about here? Is Martens’ idea of “critical art” the same as the audience’s? KW’s continued interest in digitized, internet-inspired artwork is socially critical in an entirely different way than, say, a huge, commissioned show at the Tate Modern. 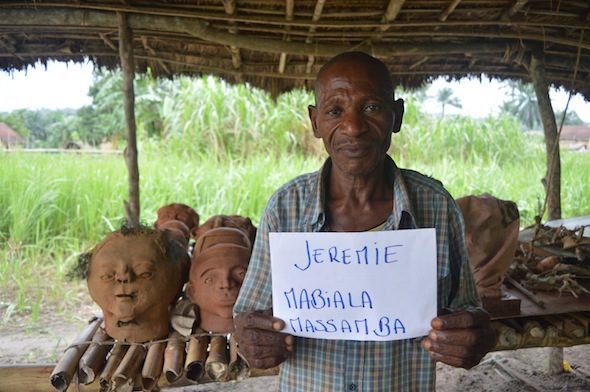 “Art that is limited to symbolic gestures is completely sterile”, Martens states. But it cannot be as simple as that. His arguments are at once incredibly broad, spanning across all forms of creative expression, and all too specific, singularly relevant to the art that he is interested in making. “Perhaps in the future”, he muses in his interview with the Guardian, “Congolese artists will sip cappuccinos in the jungle while discussing, say, critical strategies in contemporary art practice, just as they do in Shoreditch and Brooklyn”. Gentrification is not, and has never been, a means of pulling people out of poverty through urban development. It is the product of the restlessness of a very particular group of individuals, just as limited to an elite class as the “critical art” that Martens is questioning. For someone who is looking to challenge Westernized artistic perception, Martens’ imagined future of cappuccino-sipping Congelese artists is quite a Western vision of an ideal cultural pastime. The degrees of separation – physical, social, and economic – between the Congo and somewhere like Shoreditch or Brooklyn are manifold, and the thought of trying to bridge that gap with something like this is inherently unsettling, but that may be precisely the ideological distance and alarming disparity that Martens wants us to confront, whether it be through art, writing, critique or discussion.