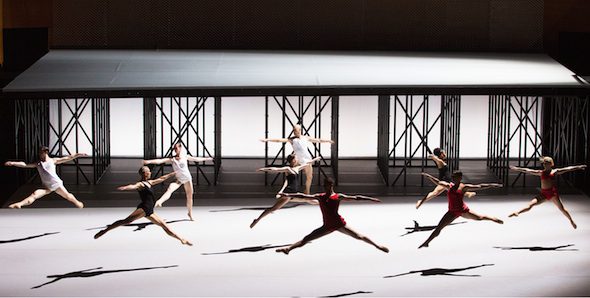 In August, when most of the galleries are closed and Berliners are on vacation, the city still has festivals like Tanz im August to heat things up. In an unusual gesture, this year’s artistic director Virve Sutinen gave space to productions from Asia, shifting the focus and introducing the audience to several approaches. The festival also featured big productions such as ‘Available Light’ (1983), a collaboration between choreographer Lucinda Childs, composer John Adams and architect Frank O. Gehry; a retrospective of Rosemary Butcher; and outrageous choreographer Marie Chouinard’s company playing with the image of the body.

Despite the poor exhibition format, the retrospective of Rosemary Butcher called attention to the significance of the archive generated by the artist. Both strongly influenced by the tradition of Judson Dance Theater, the daily movements and minimal movement vocabulary, as well as the geometry of the space are striking in Butcher and Childs’ works. However, Childs’ choreography was based more on variations and repetitions – “the repeated action, then a doubled action and a backtracking” – reminiscent of the director Bresson’s technique, as explained by the choreographer in the festival’s magazine. Furthermore, the physical difference of the dancers in the company of Childs – various bodies of different sizes and color – gave the piece added allure. 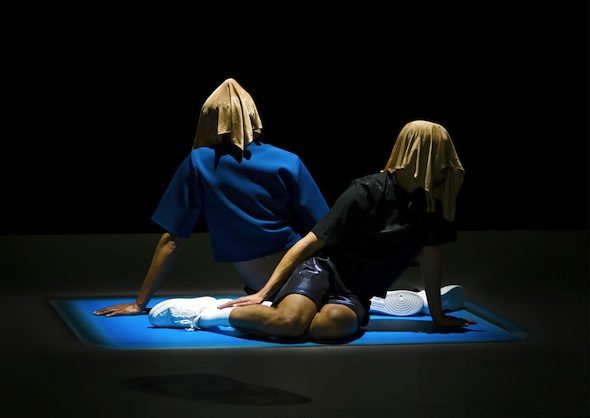 Isabel Lewis and Adam Linder are two choreographers who are familiar to the Berlin audience. The first part of Lewis’s performance ‘Occasions I’, created in the lecture performance format, was in the courtyard of HAU1. The nice smell in the air made me wonder whose perfume it was. It was an experiment on experiences by the artist-choreographer. Lewis was giving out scent samples in the middle of a lecture, and later asking people, randomly, how it made them feel, what the smell reminded them of. A woman responded that it evoked a sweaty sexy body, for instance. In relation to that, Lewis drew on her interest in the legendary club Berghain as a site of a bodily experience through dance, sex and drugs. The choreographer placed importance on the knowledge gained by practice and experience transferred through bodies. In that sense, Lewis and Linder were both concentrated on new forms of bodily experience and how the body reacts to what we call knowledge; how the body projects the knowledge and feelings. Adam Linder and Justin F. Kennedy’s choreography ‘Auto Ficto Reflexo’ concentrated on communication, fragility and failure in life, contradictions in the artist’s thinking. Using the vocabulary of vogueing, gliding, waving, the paddy-cake and ballet, text and music were substantially positioned in the performance. 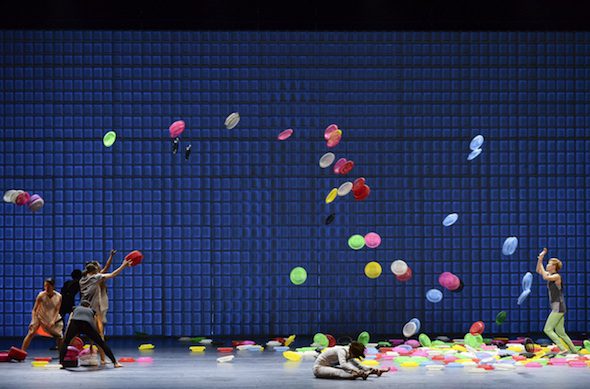 With a critical Westernized view, looking to the East, Choy Ka Fai’s humorous work ‘SoftMachine’ consisted of documentation of the dance in five different countries in Asia, and performances of two dancers from Manipur and Banyumas. Dancers Surjit Nongmeikam and Rianto played naïve Eastern characters ready to expose her/him-self and Ka Fai imitated the Western approach, asking if the dance was really authentic to Manipur, cause what the choreographer saw in London was something different. “As Asia is extremely diverse culturally, it is difficult to access local knowledge and tradition without investing time for research or first-hand experience. There is a recurring sense of mystification put upon the cultural production from the East for the cultural consumption market of the West,” writes choreographer and dancer Choy Ka Fai, about his artistic research project. For the gaze of the West, there is no difference at all: categorizing as oriental or Asian is enough to exoticize. As an example, the contemporary becomes ambivalent in Ahn Aesoon’s ‘Bul-ssang’ with the Korean National Contemporary Dance Company. Using movements of traditional dance forms, and merging them with movements and elements of 21st century, such as street dance and nu-jazz, and colorful plastic materials or Buddha figures – another “contemporary” is shown compared to the West’s agenda.

I still ponder about the festival’s intention to highlight dance in the “other” continent. Isn’t it already vague to make such a distinction, call a few countries Asia as a whole and cast aside the rest? Of course, there are various approaches in dance, yet what is it that pushes us to the world of generalizations? 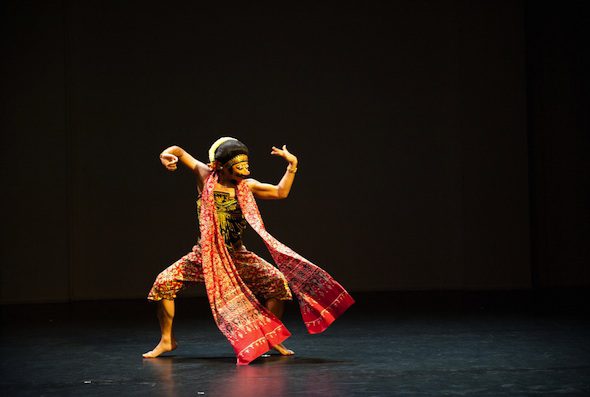