Wohnungsfrage, translated as “housing question”, is the title of the first major event within the long-term 100 Years of Now project at HKW Berlin. Bernd Scherer, director of the HKW, introduced the housing question as a kaleidoscope through which the world’s greatest problems become visible. Meanwhile, an unprecedented 60 million displaced persons worldwide have been forced to flee their homes and seek refuge and safety elsewhere, raising the question of housing as such. Considering this fact, displaced people and the whole of the Global South are curiously underrepresented by the multifaceted project. Despite this glaring absence, Wohnungsfrage opens a space for questioning contemporary preconceptions about housing in general by focusing in part on the practices of four groups of social protagonists, represented in the exhibition by architectural constructions. By incorporating their diverse perspectives on the housing question, the project allows visitors to imagine the possibility of challenging the dominant economic system through alternative models of housing practice.

Divided into three parts, the project includes an exhibition with opening events, a publication series partially integrated into the exhibition itself and an ‘academy’. Approaching the HKW by foot from its nearby bus stop, the incongruous white lines printed on the ground by artist Maria Eichhorn retrace the footprints of residential buildings destroyed during WWII. In the foyer, a massive pile of excavated earth from a Berlin construction site, an artwork by Lara Almarcegui titled ‘Berlin Excavation’, sets the scale of the exhibition. Among other housing-related artworks and archival displays of existing alternative housing practices, mainly in Europe and North America, four 1:1 (life-size) models, constructed for the exhibition, deliver housing concepts developed in collaboration with social protagonists. The publication series includes, in addition to books specifically printed for the 1:1 models, a variety of publications spanning from historical analysis to contemporary critique. The academy, which included several public lectures, set out to investigate new strategies for interdisciplinary research within the field of contemporary housing. 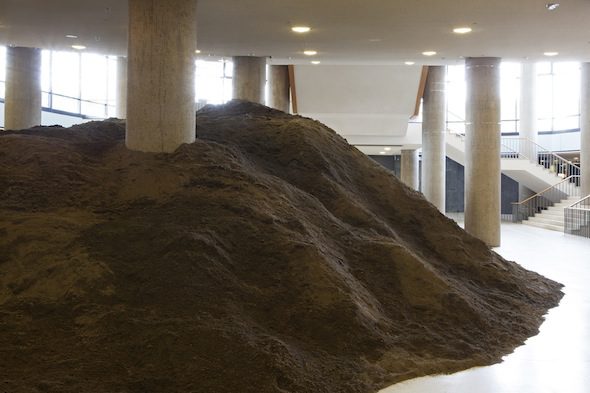 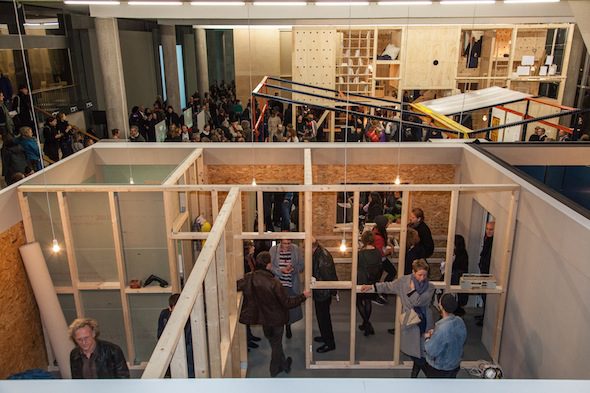 The title of the project at the HKW harkens back to Friedrich Engels’ pamphlet Zur Wohnungsfrage published in 1872, which criticizes the discourse surrounding housing at the time and, more generally, the moralistic approach of 19th century bourgeois socialism. Engels, with reference to Karl Marx, writes, “[…] only by the solution of the social question, that is, by the abolition of the capitalist mode of production, is the solution of the housing question made possible.” Throughout the opening events of Wohnungsfrage, the speakers on stage alluded to Engels as well as Marx. When prompted to answer the housing question in their own terms — that is, not those of Engels — it became apparent that the housing question may find no definite answer. Rather than proposing utopian solutions, the speakers pointed to the politically transformative projects missing in Engels’ dialectic. Some such projects were given the spotlight when the social protagonists included in the exhibition took to the stage at the opening events.

Yet the housing question’s reach to the Global South was under-explored at a time when around one third of the urban population in the developing world or about 863 million people live in ‘slums’. Why does the exhibition not cast a line of sight toward the heterogeneous, sometimes ingeniously constructed informal settlements the world over? Is this not where the housing question is most urgent? Furthermore, the exhibition itself produces more confusion than clarity, especially in regard to the 1:1 models. As evacuated structures, the models offer only deflated views into the processes behind their production. The voices of the social protagonists – students, squatters, activists, senior citizens – heard at the opening events get lost in the mise en scène, where questions of instrumentalization might arise. Nonetheless, the opening events surrounding the exhibition succeeded in conveying the rich context surrounding the models’ production. The presentation of Retrofit Gecekondu was especially invigorating, as representatives of the initiative Kotti & Co, which struggled against rising rents in Berlin’s social housing, contributed an array of candid positions regarding the housing question.

Would Engels have condemned Wohungsfrage as being symptomatic of the same bourgeois socialism he originally criticized? We can never know. As it was made clear during the opening events, the housing question must find new terms to confront a global economy where housing has become a tradable financial asset or “currency”. The social dimension of housing, once its primary purpose, has effectively become secondary to its exchange rate, a condition that was recognized by most of the speakers. Zooming back into daily life, provisional solutions for the housing question might be discovered in the diverse practices of the project’s social protagonists, the true stars who challenged the ideology of the housing market in various ways to their own advantage and to the advantage of their fellow citizens. 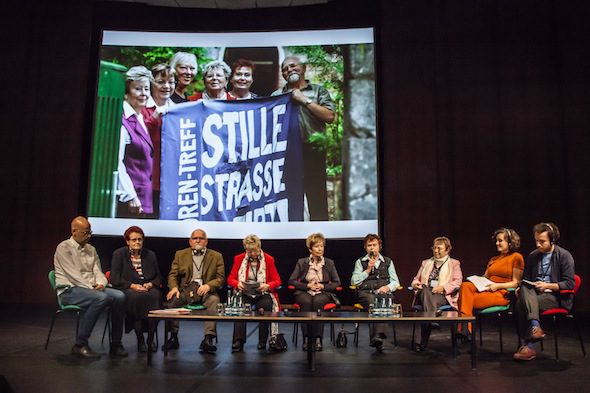