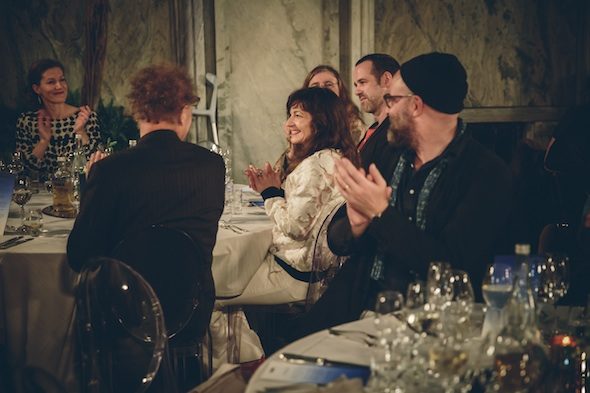 Last month, the biennial Absolut Art Award was presented to two nominees, one for Art Work and one for Art Writing, at a gala event in Stockholm. In an amusing twist of fate, the award certificates were accidentally printed with the wrong names on the night of the event, unofficially awarding Mark Godfrey the prize for Art Work, and Frances Stark the prize for Art Writing. In the latter’s case, the mix up was not entirely off the mark. Stark, who began her art practice in the 90s in Los Angeles, is known for her theoretical and poetic writing as well as her predominantly text-based art works.

Stark’s original proposal for the prestigious art award, which has given her a €100,000 production budget, was to create a pedagogical opera in which music and education are mixed in a tragicomic interpretation of Mozart‘s The Magic Flute. Stark hoped to collaborate on the project with West Coast rapper DJ Quik. Plans have changed since her initial proposal and Berlin Art Link got a chance to speak with her in Stockholm about some of her latest ideas for the piece, its potential location, and her recent decision to leave her teaching position at the Roski School of Art and Design, at the University of Southern California. 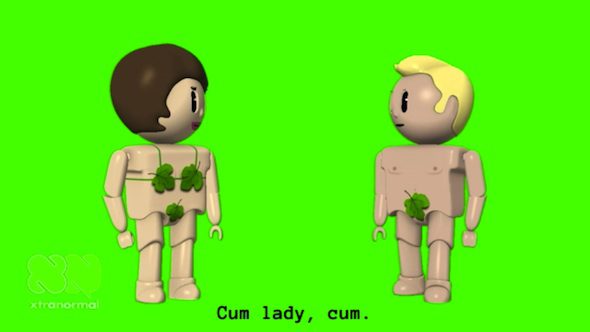 Frances Stark – still from “My Best Thing” (2011), digital video; Courtesy of the artist 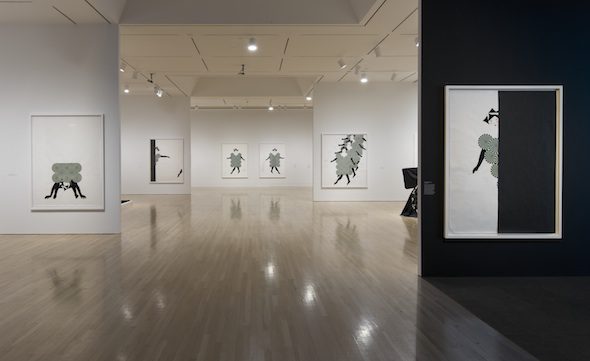 Alison Hugill: In your artist talk at the Absolut Atelier you spoke about how all work has become precarious in a way, and how we have “become our own availability”. This seems to have been a motivating factor in your decision to leave academia, since in North America education has often been compared to affective labour in the service industry, and you have yourself compared it to sex work. Can you talk about this paradigm shift: your decision to leave the university and the ways in which you have made this critique or metaphor the content of your work as well?

Frances Stark: Within the frustrating university battles and subsequent power shift, I became hyper-conscious of the role of the so-called intellectual. James Baldwin kept coming up as an incisive strong voice to speak to that concern. My resignation is complicated because of a conflict that is basically built into the academic system. In some ways I was not in a perfect situation to contribute to the university 100%, because I also have my career as an artist. I had received tenure about one year before resigning, and here is where the conflict arises. To be granted tenure you have to build and sustain a very significant record of professional achievements, which the university must then deem to be highly impressive. I actually took that stamp of approval seriously. It turns out the university wasn’t actually interested in the content or context of all those accomplishments, and demonstrated no respect for my status or capabilities as a contributor outside of their market-driven interests. That became painfully clear when they secretly carried out their orchestrations to accommodate Silicon Valley interests, failing to involve or even notify me or my esteemed colleagues.

So the promiscuity metaphor reflects the nature of my involvement in a lot of different engagements. Those are what produce your professional resumé, which in turn produces your academic standing in the institution. When you realize that the whole institution supporting that doesn’t even comprehend or care, it all becomes very dispiriting. I feel like I have to make myself matter in the broader culture. If I matter to Bobby Jesus, that’s more important. 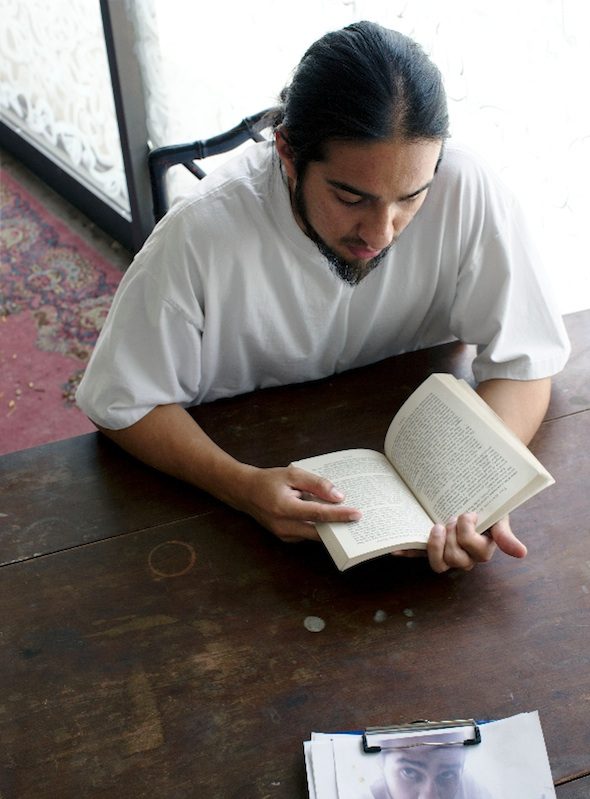 AH: Your move to engage with the public and take your work into the city is a way to assert your expertise in a different context, then?

FS: Yes, or to find a place for myself now that I no longer have the support structure of the institution. I’m doing a whole mid-career survey at the Hammer and I’m still relatively unstable for someone my age. I’m more like a poet.

When I saw how monstrous the behaviour of the university was, while I’m engaged over here with the neighbourhood, I had to question who’s side I was on and where and how I wanted to direct my educational efforts. In Eldrige Cleaver’s Soul on Ice there’s a remarkable section called ‘The Christ and his Teachings’ where he reverently describes his English teacher at Folsom prison. One has to consider that if universities don’t value the liberal arts maybe prisons still could. Half the population is in them anyway. If Bobby, who was partially raised by the criminal justice system, can be sincerely engaged and interested in a middle-aged, difficult-to-categorize artist and come to believe that art, or poets are worth listening to, that is promising.

AH: So are you interested in the pedagogical role or in the exchange?

FS: Sarah Lehrer-Graiwer, who was nominated for the art-writing prize, just gave me George Steiner’s book Lessons of the Masters. There’s a passage where the author talks about authority in pedagogy and the model of exchange. “By a process of osmosis, interaction, the master learns from his disciple as he teaches him. The intensity of the dialogue generates friendship in the highest sense.”

In our little graduate school where I taught, we felt like we produced a quality ‘product’ precisely because of our intellectual intimacy. We felt like we had respect and we worked together intimately. We shared each other’s goals. Those principles didn’t translate into the bigger administrative insanity that’s ruining colleges across the country. For me it’s more about recognizing the magic of mentoring. It can be spiritual or therapeutic. Now I want to focus on teaching my own son. And through my interactions with Bobby, he has also started mentoring and educating his peers in a productive way.

I’m not really behaving like a teacher, I’m creating dynamics which are germane to my own struggles as well. Steiner in Lessons of the Masters also said something very Wittgensteinian about pedagogy. He said that we must teach by existing.

AH: LA as a city is quite loaded with racial and economic disparity. How will you navigate the proposed site for your opera?

FS: Very carefully and consciously, but it’s also important to state that the museums in LA already make these considerations and they do it in an impressively organic, not PR-focused kind of way. The Hammer is very involved with Mark Bradford and the Art + Practice space he co-founded in Leimert Park, while MOCA worked closely with Noah Davis and his Underground Museum – though unfortunately Davis died very recently. I’m in ongoing informal dialogue with people such as Helen Molesworth and Bennett Simpson, curators who are dealing with a lot of the issues that Bobby and I have been discussing for a while now. It’s as much about class as it is about race, and obviously both also relate to LA’s geography. 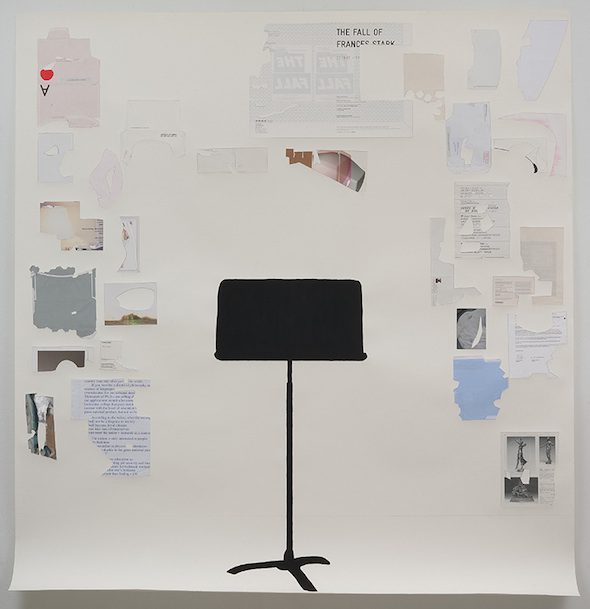 Frances Stark – “Prefiguration or Something Needs to Happen with this Eventually” (2010), Paint and printed matter on paper 86.75 × 79.5″; courtesy of the artist 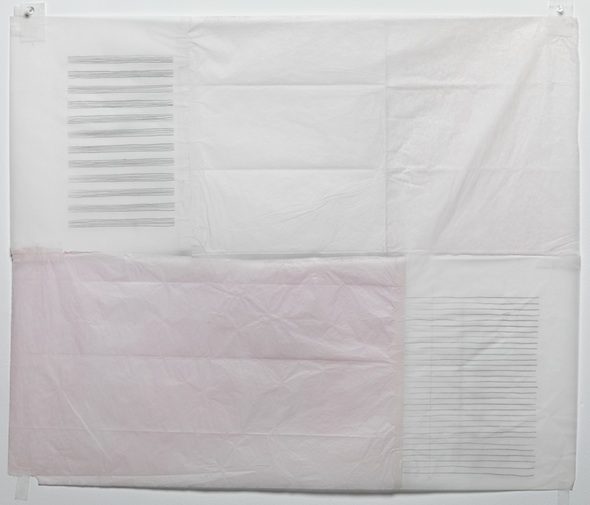 AH: Let’s talk about the opera. In line with your other work, music seems to be an interesting avenue for locating words in space.

FS: I used to do these drawings that said “Music is different.” Different from what? For visual artists, there’s often a kind of jealousy. Music can massage you. A painting cannot come off the wall and touch you in the way that music can. I don’t produce music but I have the experience of having played in an orchestra as a kid, and punk bands. I have a love of music and music was my gateway to art, to deep thinking, and to understanding and revering form. Music today is mogul-obsessed and feels totally divorced from the celebratory, immersive, formal texture of song and sound. What I want to do with the opera is to stick to the Mozart score and work with the conductor to orchestrate a unique manifestation of the piece, because there are formal phrases within the opera that I feel are demonstrative, intellectually. I want to be able to produce a unique version of this score with a selection of inner-city kids from our LA Youth Orchestra, who are open to workshopping it. I’m thinking more about the musical effect, rather than bogging people down with a new narrative.

AH: In your talk you showed a powerful photograph of a space you have in mind for the opera. Can you talk about it?

FS: I’d like to make part of the opera happen in there – whether the recording or the performance. It’s a piece of architecture by Rudolph Schindler, who is totally celebrated all over the world, that happens to be in Compton. Bobby, who is from South Central, is totally at ease and conversant there. It’s not as though I am simply entering this other world, we mutually want these worlds to meet and the musicians will be from around there anyway. In terms of the opera there are so many links – The Magic Flute originated in Austria, my fascination with opera came from my show at the Secession in Vienna, and the Viennese architect Schindler even plays a key role in my book The Architect and the Housewife. There’s something about this “Church of the White Box”, too, in which I suppose I am preaching a faith in art. The merging of all these things just seemed so serendipitous. 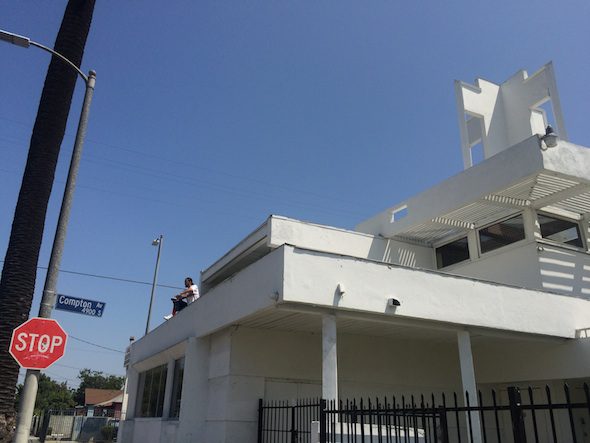