Hatsune Miku is the Japanese sweetheart that’s hitting stages all over the world, albeit digitally. The 16 year-old, Lolita-styled, sugar-pumping, singing synthesizer application developed by Crypton Future Media has become a world famous pop idol. With her long turquoise hair and catchy lyrics she is dubbed the first humanoid for a whole generation of Vocaloid fans. This year CTM Festival and transmediale have commissioned Still Be Here, a unique collaboration between Mari Matsutoya, Laurel Halo, LaTurbo Avedon, Darren Johnston and Martin Sulzer that deconstructs Hatsune Miku’s persona through a digitally-curated performance, premiering as part of the festival. Berlin Art Link spoke to Mari Matsutoya about the digital idol, J-pop and Louis Vuitton. 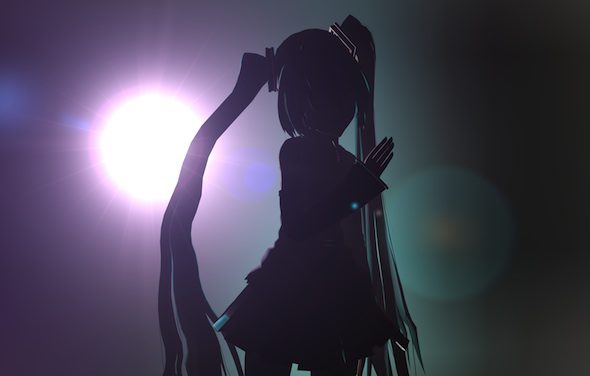 Penny Rafferty: What was the initial inspiration for the work?

Mari Matsutoya: I initially looked at Yamaha Vocaloids during my studies in sound at the University of Arts Berlin. It extended from my interest in the voice as a medium of self-expression and self-assurance. I was interested in the different ways the voice is used as a tool to influence its immediate surroundings, but also on an internal level. So when the disembodied voice re-embodied in the form of a virtual body was gaining popularity I was intrigued, and even more so when I heard that the top tracks at karaoke venues were from Vocaloids.

PR: The concerts seem quite the spectacle too, somewhere between a 90’s happy hardcore rave and the ultimate commercial cinema experience. Will your performance mimic these creations?

MM: There are a lot of hardcore rave tunes on Youtube, which is interesting as a lot of them don’t even use the Vocaloid software, but have gained popularity anyway. Incorporating Hatsune Miku’s image as their visuals, this shows her accessibility is not just from her audio side but from her visual identity too. She has come to represent a kind of “digi-topian” fantasy but we aren’t looking to re-create the stadium experience as such: this would be the job of Crypton Future Media, who put this kind of concert on normally, and it would also confuse the fans. Our performance opens up a new potential audience, but in a collaborative rather than a competitive way, bringing her multi-faceted essence to the forefront. We don’t want to offend any fans out there, but equally we want to know who she is. It’s easy to drown in the “digi-topian” dream but actually the fact is that she is a branding tool and a very successful one at that!

PR: Yes, the digital model is gaining commercial popularity, Louis Vuitton has just revealed the model of its SS16 ‘Series 4’ campaign is Lightning, the protagonist of the video game Final Fantasy XIII.

MM: Louis Vuitton really have their fingers on the pulse in terms of contemporary culture. Actually for the Miku opera, which took place in Paris, Vuitton designed her wardrobe. In many ways their branding power is very similar to the virtual idol, however their structure is still somewhat top-down where consumption follows production. Whereas with Miku consumption equals production.

PR: Many people would advocate for the demise of such creations like Miku, stating that a young hologram asking for your love and affection will create an even large void between the youth of today and society as a whole. What are your thoughts?

MM: I think it is important to recognize ourselves in her, and the virtual entity is not actively asking us for anything. We are now able to create our own pop idols, pets, partners and friends, all from within the confines of our bedrooms. At the same time, this particular Miku phenomenon was born out of a collective movement, based on sharing on platforms such as Youtube or Niconicodouga. So in Japan, at least, it has had an opposite effect to isolation. I came across a dating website just today, for people who specifically share the same interest of Hatsune Miku. So Miku is the binding factor for human relations on this website. 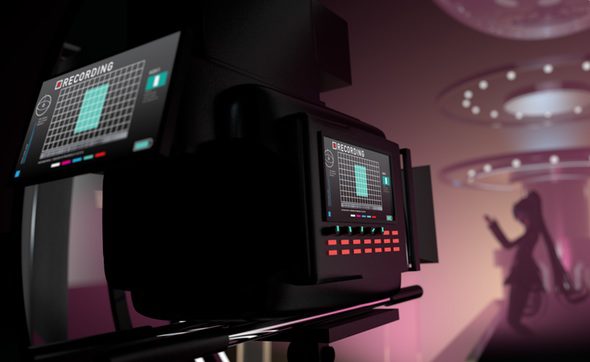 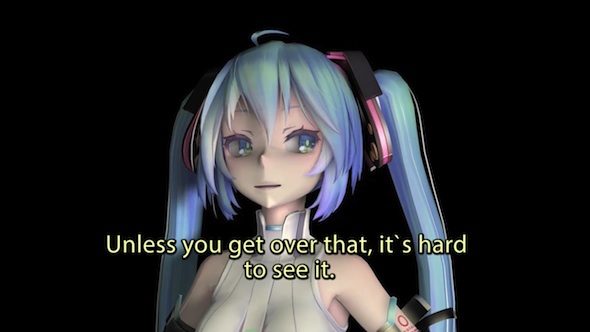 PR: Did you ever have an idol like Hatsune Miku in your life?

MM: I never really bought into the pop idol culture when I was young, probably because it was quite close to my family life. My aunt was and still is a J-pop diva, whilst my uncle was her producer. She was popular, however, for a different kind of J-pop, not the sugar-pumping one we know from today. In any case I would say I had a natural feeling to go against that grain. It was only quite recently that I started getting interested in the framework of popular culture.

PR: As far as I understand the story follows the destruction of the perfect idol Miku. It is interesting to deconstruct something that’s immaterial to begin with. Can you expand on the thought behind it?

MM: We are deconstructing in the sense of taking something apart in order to be able to see something that was not necessarily there before. So we are looking at the various energies that make up her existence, such as fans and sharing platforms. We naturally project our own take onto her in the process, but for the most part it is about taking an aspect like her lyrics and running them through a randomizer in order to come up with new strings of sentences, opening it up to an entirely different view and model.

PR: The title Still Be Here seems filled with sadness, where did it come from?

MM: We are using fan-generated lyrics in the performance, and this was also one of them. The original was ‘I will still be here’ as I recall, but it was decided that the ‘I’ could go, leaving it ambiguous and at the same time hinting at the collective phenomenon and the anonymity of the many creators around her.

PR: In 2014 your work – such as ‘Cyborg Singing’ – was questioning how one feels to be a cyborg. What’s the next question your work will deal with?

MM: Well at that point I was trying to disembody my own voice by triggering it with an accelerometer in my wig. The question here was more of agency and whether it is possible to carry emotional information through a program-aided means, and not through the mouth and the connected architecture of the body. This resonates with Hatsune Miku. I will certainly continue my exploration into the overly condensed sound and voices used in popular culture and advertising. Especially with regards to the female voice: I am very interested in the hidden social manners and rules governing the female voice in Japan at present but I’m still really in the research phase of this work.