Martin Schopf aka Dandy Jack is both a musician, particularly impressive with his live performances, and an organizer of the international electronic scene. Through his current and past projects, Dandy Jack proves his involvement in different causes related to social inequality, using his art to fight against it, remaining convinced that music represents much more than simple entertainment. 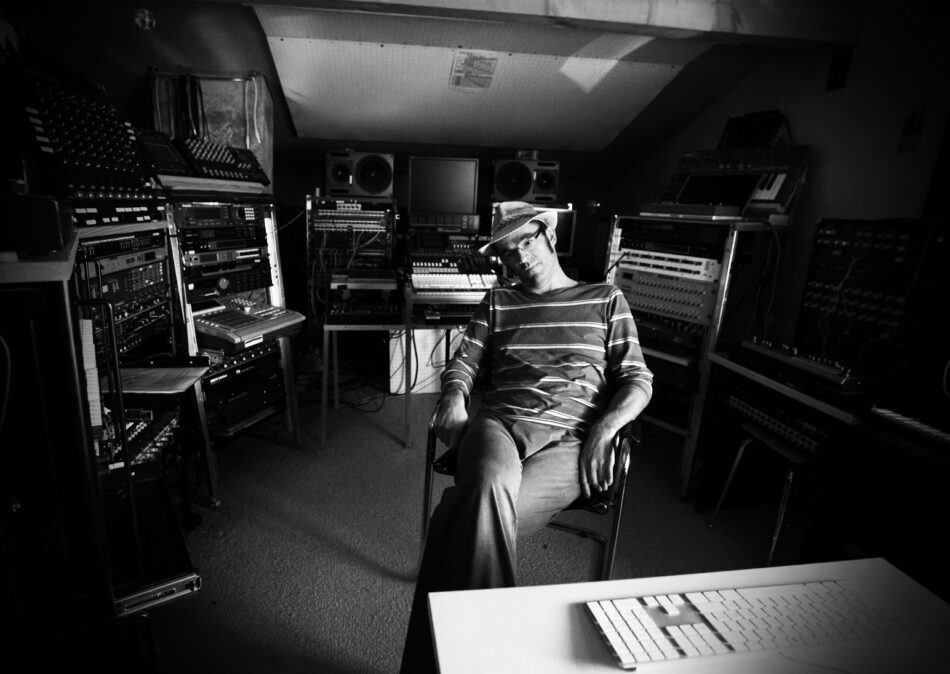 Dandy Jack in studio // courtesy of the artist

Marc Girardot: In collaboration with your brother Adrian Schopf you have created the Microman Club in Santiago de Chile. Could you explain the purpose of that project?

Dandy Jack: Micro is the public bus. In Chile, everybody takes this way of transport everyday. The concept of our company was to make music for the masses, the public in general. In Chile, there is a two-class social division and my idea was to build a bridge between people who can’t have access because of their financial situation, and the circle of electronic music. So, we wanted to create an electronic scene for this kind of public.

MG: Microman Club has been a nucleus of La Encuentra de la Techno Cultura. How did the idea of this event come about?

DJ: It is a beautiful project I made with my little brother. He came, after many years, to visit me in Germany. He was 14 years old and I brought him to E-Werk in Berlin, which was the most important club in Germany during the 90’s. He couldn’t get in there, of course, but I hid him. He was really impressed and said: “Wow, what is going on in Germany?! These parties are amazing!”. When I came back to Chile, he was already 18! I needed him to participate on a project. My little brother has a very clever mind. He managed all the logistics of the event and we were able to introduce techno culture in Chile. We created an amazing project, since the beginning, which has evolved into a big festival. We were lucky that techno wasn’t really famous in Chile back then, so I could invite anyone that I wanted. It was full of people because they were curious, they were crazy about listening to our project. It was very beautiful!

MG: You have also contributed to the Chilean version of the original Canadian Mutek Festival. What does it bring to the cultural scene in Chile?

DJ: I wanted to bring it to Chile because I find this festival very interesting from an artistic point of view. I met a guy who was prepared to do it, but not so many people can afford 20 Euros for an entrance, so it became a kind of “snob project”. It is very hard to work in these conditions and that’s a little bit sad actually!

MG: Narod Niki is a live techno project alongside a rotating cast which includes Ricardo Villalobos, Luciano, Cabanne, Thomas Franzmann and Richie Hawtin among others. The name Narod Niki comes from a group of teachers & students during the Russian Revolution who wanted to teach people their rights through art & culture. You have also been involved in that project. With this group, did you want to teach people through music?

DJ: I think this metaphor refers to a deep philosophical idea: Music teaches people. But some people who were participating on the project weren’t understanding that. Maybe it is about political opinion and some people who were part of it didn’t want to think in a political way. They are just stars! For me music, arts, and everything which has to do with the intellect, should be against everything that we don’t want on earth like violence, dictatorships, wars…

MG: Could you describe your relationship with Germany?

DJ: I’ve lived in Germany since the coup in Chile. I grew up in Germany but I always wanted to move back to Chile. I tried three times and I wasn’t able to do it. After a while, I convinced myself that I should stay in Germany. And where is the best place in Germany? Berlin, of course.

MG: I guess you witnessed the evolution of Berlin. Could you tell us what happened there?

DJ: Let me do a little resume of what happened in Berlin: Western Europe was somehow separated from the East for many years. They had no access to Poland, or Czech Republic, and other places. But today, they are there! They are bringing a new dimension to our culture. When the wall came down, the people from the East came suddenly with such motivation that Western people lost their way. It is the confrontation between these two populations which made Berlin so great.

MG: You have some releases also on Perlon Records. This Berlin-based label is considered by many as one of the most respectable electronic music labels. Do you agree?

DJ: It is my favorite record label, actually. The owner, Thomas Franzmann (Aka Zip) has an amazing taste in music. I can definitely confirm this. I respect this guy very much because he always chooses music that is truly interesting. Actually, I am going to release a record for Perlon again and I want to get this done for 2016. But it is not the only record label which deserves to be respected like this, there are so many labels.

MG: In 1999, you released a record with Ricardo Villalobos on Perlon. I heard that you are close to him. I also heard that you have been his mentor in music production. Is it true?

DJ: No! We are like best friends. He is like a mentor for me and I am like a mentor for him. Ricardo is younger than me and I must say that it is a very balanced relationship. I think that I am bringing him something like classical music and he is bringing me more to the techno. We like each other very much. We have known each other for thirty years.

MG: Last 25th of December, you were in Paris for a live performance with Pit Spector at Badaboom. Could you share your opinion about this new collaboration?

DJ: I love this guy. I am working on a project with Pit and I have to say that I am really happy about it. We will release Prospector 6 in 2016 as well. Paris always had very good live performers. France is a very musical place and I am glad that I started to work with people there.

MG: In 2015, you have released Los Refrescos EP with Argenis Brito. Are you still working together?

DJ: Yes! We are working on a record for a New-York based label called Hueso Records (founded by the artist Ivan Navarro). My idea is to continue the concept of Latin-American rhythms in electronic music in an experimental way, now we want to make an album. 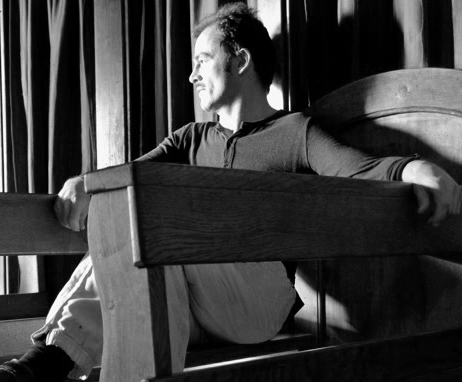 Apart from all the projects already mentioned, Dandy Jack founded his own label called Ruta5. The label aims to act as a channel between new electronic music and less privileged countries that are neglected by the music industry. Ruta5’a second adventure has lead the collective to a more focused research, based on childhood. “Music for Children” has been created on the simple basic idea that electronic music is not only for adults but also for children.
Specialized in compiling electronic music produced all over the globe, Ruta5 extends its activities today to events organization and artist representations. Martin Schopf is working hard on every point to change the rules of the international electronic music scene and his intentions are clear: make music for the people!