The process and effects of collecting are visualized in ‘Ansammlungen’, an exhibition of sculptures and works on paper by Frederike von Cranach at Magic Beans. Organic, furry clusters form the foundation of sculptures that evoke architectural models of a city’s cubic, high-rise buildings, as well as mixed-media works on paper that translate their forms and materiality with fine, precisely drawn lines and nets of thread. 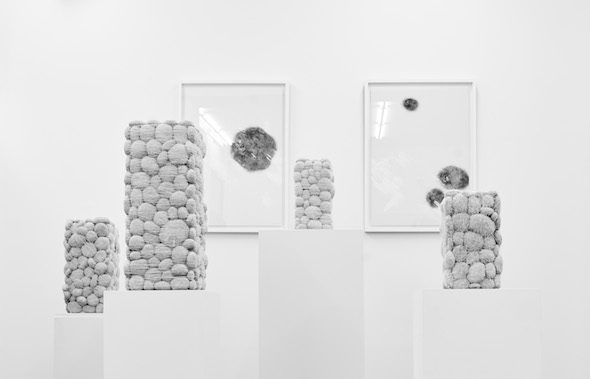 The material that von Cranach molds into round, soft forms is ‘Egagropili’—a grass-like foliage that is a product of the plant ‘Posidonia Oceania’—culled from the Mediterranean Sea. One of the oldest living organisms and an integral component of the sea’s ecosystem, the plant assemblages are painted over in white, giving them the appearance of stones with an unexpected fibrous texture. Through a further banding together within nets of thin, white thread, the individual rounded pieces are reshaped into hard-edged cubes. The process of gathering and bundling is layered and repeated, as the collection grows, evolves, and transforms in scale and shape. It is a process that remains visible as well, in the subtle lines of thread that delicately hold the groupings together. 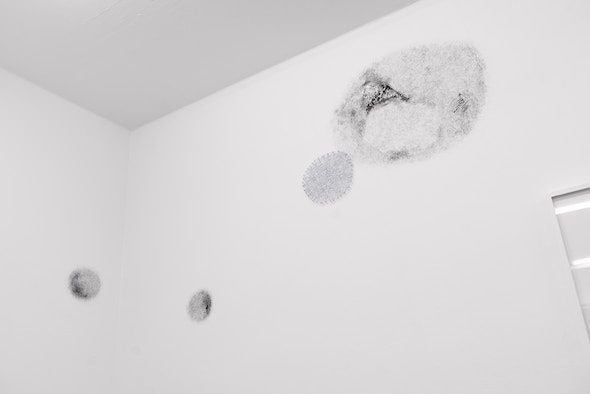 A visible interconnectedness pervades the exhibition, manifesting through textures, into forms, and then systems. Networks of thread and fine lines in charcoal perform a stitching together of elements, translated across media and materials. The forms and lines that compose the mixed-media collages and drawings migrate off the paper to directly inhabit the surfaces of the gallery’s walls. The space becomes integrated into the systems articulated on paper and in free-standing sculptures. 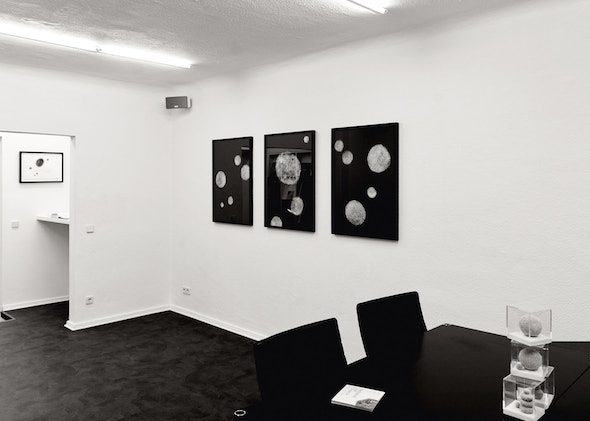 Frederike von Cranach: ‘The Antithesis of Neptune I, II & III’, 2016, Ink on cardboard

A monument to a distant past melds with, and morphs into, a projection of future development. Through a process of collecting that begins with minuscule fibers, builds to fill the space of the gallery and continues to grow, the vast scope and interdependency of natural phenomena is materialized. Emerging from underwater organisms and expanding to evoke elements of a solar system, the abstract, monochromatic works generate an uncertain and fragile materiality that could seemingly disintegrate at any moment. Amorphous, shifting organisms, feathery clusters evoking floating clouds of dandelion seeds, the intricate weavings of a spider’s web, or even the hard materiality of stone, construct a narrative of connectivity while emphasizing the tenuousness of these connections. The works compose their own ecosystem, in which each line, form and material plays a role in holding the elements together, producing a functional, cohesive whole. 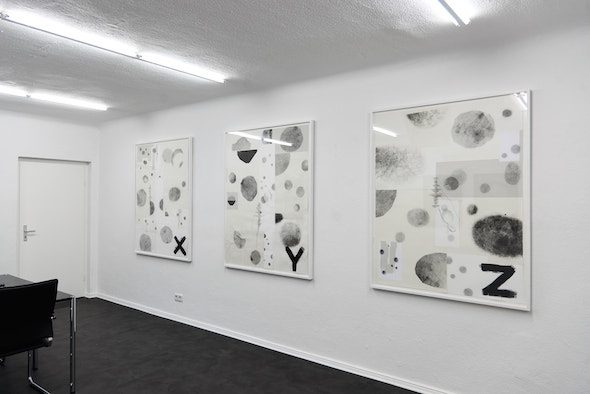