Intersections between art and industry, human and machine, form the impetus for the Ars Electronica exhibition, ‘Human Factor – Endless Prototyping’ at DRIVE. Volkswagen Group Forum. The prototype is considered as an element of uncertainty and instability: a singular, experimental force working within and against a system of mass-produced seriality and uniformity. Examining human nature—increasingly facilitated by and manifested through technological developments—the prototypes exhibited trace a drive to uncover, build upon and enhance the human capacity to create, produce and ultimately survive. 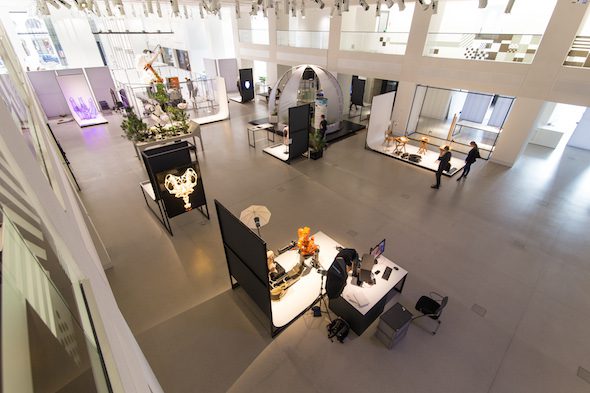 Through the display of diverse collaborations and cross-disciplinary projects, the exhibition space becomes a laboratory for testing works that are not complete, final products but are engaged in various stages of ongoing development. Illuminating connections between body and machine, industrial and human production, the prototypes act as expressions of human existence within a manufactured environment, articulating the actions of a human hand, eye, or even internal mechanisms and states of mind.

Patrick Tresset‘s ‘Human Study #1, 3RNP’ sets a stage for acting out the technical, perceptual and intuitive aspects of artistic production, wherein robots are enlisted as artists in a performance reminiscent of a life drawing class. Three robots, made up of cameras and mechanical arms attached to an immobile desk, observe and sketch the human face before them. The uncanniness of the motions—periodically looking up at the model to retain visual information, then turning attention downward to transmit it through line on paper—portrays a human-like quality, though it also reveals a detached process through which the human face is collected as data for the purpose of creating a simulacrum. 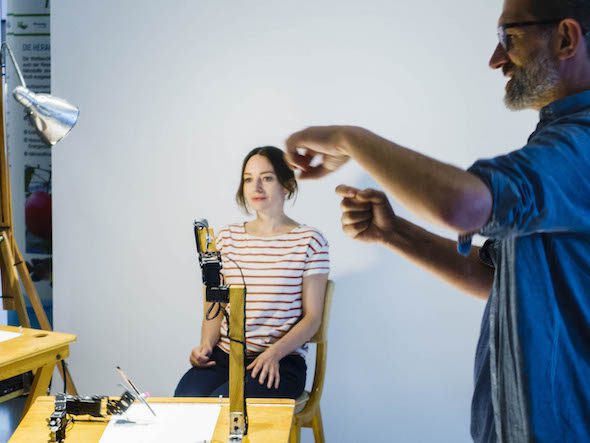 Each of the three desks has a different vantage point for viewing the model, therefore three distinct perspectives are registered and generated as sketches. It is more than the motions of hand and eye that imitate human behavior, as the computational systems are configured to approach the task in a way that mirrors human perception, artistic and expressive tendencies. The renderings are not intended to be exact reproductions—as the camera could simply snap a photo of the sitter—but instead reproduce the actions, impulses, reactions and intuitions of the human artist and observer. A sense of unease permeates this performance of observation, recording and re-articulation by a machine, as viewers also become aware of their own observational role: in the process, multiple manifestations of reproduction and imitation are materialized. 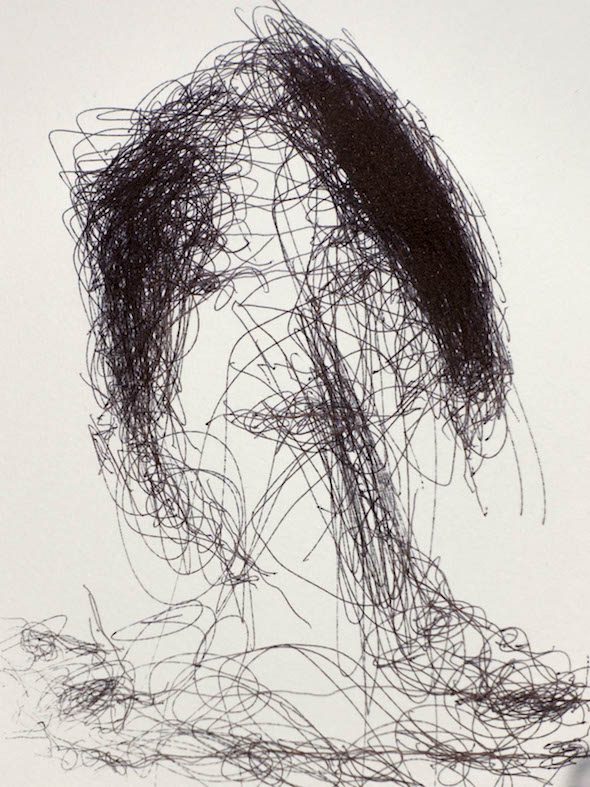 A mechanized reinterpretation of the artist’s technical processes forms the basis of another performative installation by Quayola. ‘Sculpture Factory’ is further distanced from a human element, while engaging in processes evocative of human techniques. Evolving from an art historical reference to Michelangelo’s series of unfinished sculptures and ‘non-finito’ technique, the digitally manufactured sculptures contain fragmented bodies that contort and extend out from the geometrically faceted remains of polystyrene blocks. The large, industrial machine, affixed with a single arm, approaches and carves into the block in a systematic mode informed by mathematical functions that find expression through matter. A prototype in itself, the sculptural works it is programmed to create are unfinished, individual attempts initiated within a serial process of production. Continuously reproducing a human ideal as envisioned through classical sculpture, material traces of its digital processes and mechanical hand are left behind, the forms coalescing in a calculated aesthetic of incompleteness. 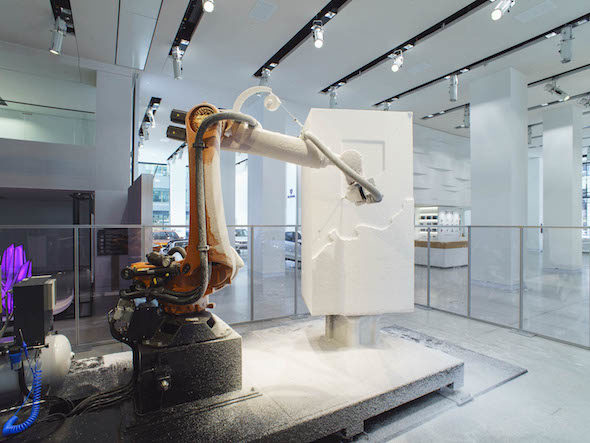 The human body is engaged directly in the collaborative work of María Castellanos and Alberto Valverde. ‘Environment Dress 2.0’ is a smart dress with the capacity to collect and analyze levels of pollutants and other disturbances in our surroundings. Compensating for deficiencies in human perception and sensory modes, the dress detects subtle changes and intangible elements, mapping out the ways our behavior and moods are influenced by certain factors in specific locations. Through a responsive helmet that descends and recedes according to levels of light and sound, and antennae-like extensions that act as sensors, the human body is reshaped by technology, while its adaptability to the external environment is made more seamless. Even as it mediates the exchange between body and environment, the dress dissolves boundaries between internal and external, the self and everything else, further destabilizing the relationship between human and simulacrum, object and representation, imitation and embodiment. 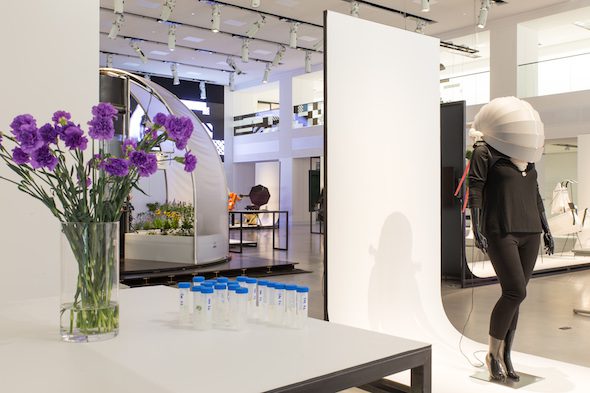 A series of artist talks will be held in conjunction with the exhibition. For schedule and registration information, visit the Drive. Volkswagen Group Forum: facebook.com/DRIVEVWGroup