Activist group the Guerrilla Girls have been commissioned by Whitechapel Gallery to produce a new artwork as part of an exhibition and archive display, to be shown at the East London gallery from October 01, 2016 – March 5, 2017. The collective will present new work relating to their 1986 poster ‘It’s even worse in Europe’. The exhibition plans to showcase the results of a questionnaire sent to over 400 European museum directors in 2016. In a statement about the upcoming event, a spokesperson said: “With this project, we wanted to pose the question, ‘Are museums today presenting a diverse history of contemporary art or the history of money and power?’ Our research into this will be presented at Whitechapel Gallery this fall.” 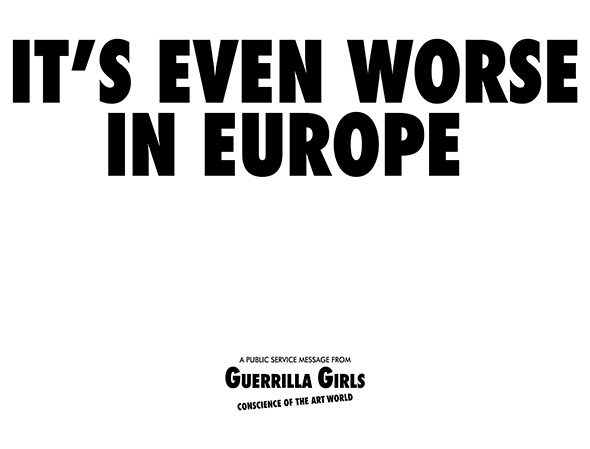 In the light of the magnitude of gender and race discrimination in the art world, there is a critical need for activist groups such as the Guerrilla Girls. This new exhibition represents a move toward greater recognition for female, non-binary and racially diverse artists, a shift that seems to be collecting momentum with events such as the announcement of the new Tate Modern program, led by director Frances Morris, and the proliferation of female-run and intersectionally-minded spaces such as Girlfriends Gallery and Art Hoe Collective. 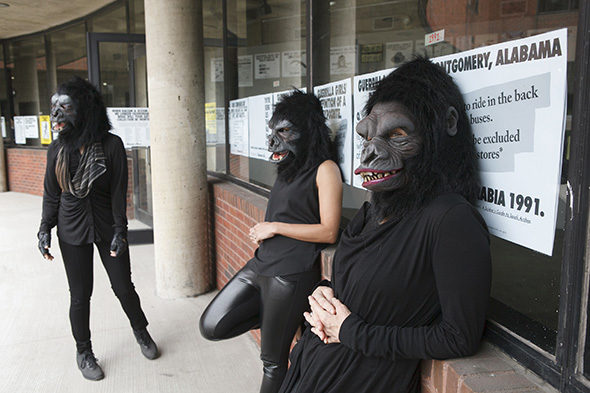 Coinciding with this new commission and exhibition, the Guerrilla Girls will also lead a week-long major public project at Tate Modern Oct.04-09, 2016 as part of Tate Exchange.

Romily Alice is an artist and freelance writer from London.