Katie Paterson might be a magician. She has the impressive ability to mobilize high level astronomers, space agencies, biologists, arborists, architects, and entire countries in the process of her creative pursuits. Her accomplishments have garnered due attention from across the world, as she outdoes herself annually, creating pieces that span vast expanses of time and space. Despite the scale of her work, Paterson’s Berlin studio is comparatively compact. In a gesture that might seem self-evident, but in the face of her practice gains conceptual gravity, she begins with a written idea; for example, “A beach made with dust from spiral galaxies.” These ‘Ideas’ have now formed an exhibited body of work, as they represent potentialities so impossible that even their dare-to-dream iteration appears absurd. And yet, an extraordinary number of them have been realized. 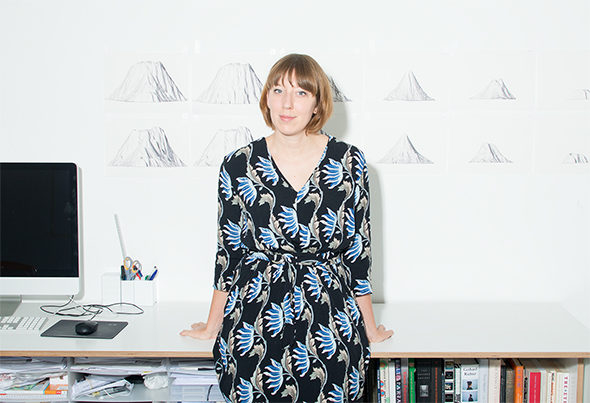 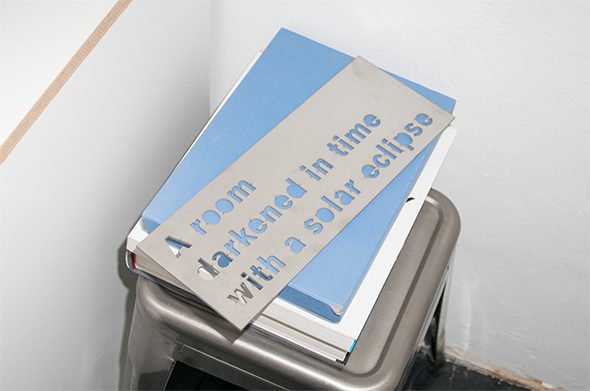 The fictional aspect of Paterson’s artistic practice, in this sense, often becomes reality. Her studio exists as the nucleus for developing short, sentence-length ideas, which she suggests give her work an original lightness distinct from the depth of research and collaboration that later follows. One of Paterson’s most recent achievements is ‘Hollow’, a ‘xylarium,’ or library of wood, installed on the grounds of the Royal Fort Gardens in Bristol, in collaboration with architects Zeller & Moye. The grotto-like, immersive miniature forest canopy is comprised of 10,000 international tree species, the oldest of which dates back 390 million years. While many of the tree samples, including a selection of red-listed, endangered species, were sourced from arborists and institutes across the world, some were hand-collected by the artist herself. Like many of Paterson’s works, the project serves as a public artwork with pedagogical properties, helping visitors to visualize the sheer breadth of geological time. 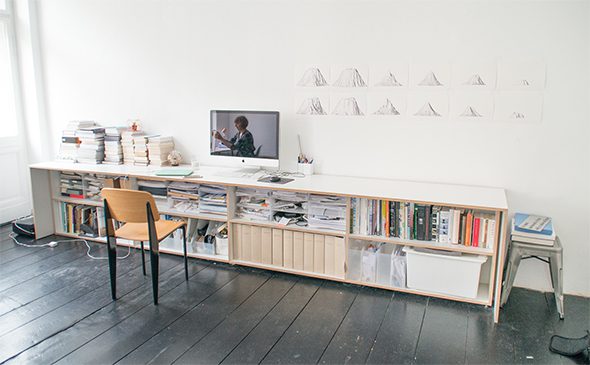 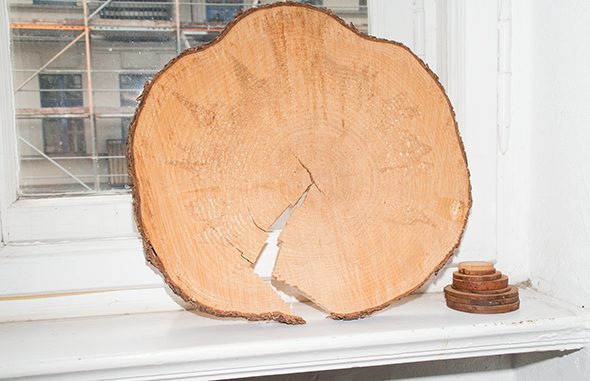 Paterson mentions that many of her works require a kind of extended on-site residency, and involve intensive knowledge-sharing sessions with experts in the given field. In 2014, Paterson launched another ambitious work, her ‘Future Library’, described enticingly: “A forest in Norway is growing. In 100 years it will become an anthology of books.” Each year, an author is announced to write a text for the library, which will be unveiled in 2114. The first contribution, entitled ‘Scribbler Moon’ came from Margaret Atwood and last year David Mitchell presented his book ‘From Me Flows What You Call Time’ to the anthology. This ritual will continue for the next 98 years, with a trust established to ensure the continuation of the work beyond the artist’s lifespan. 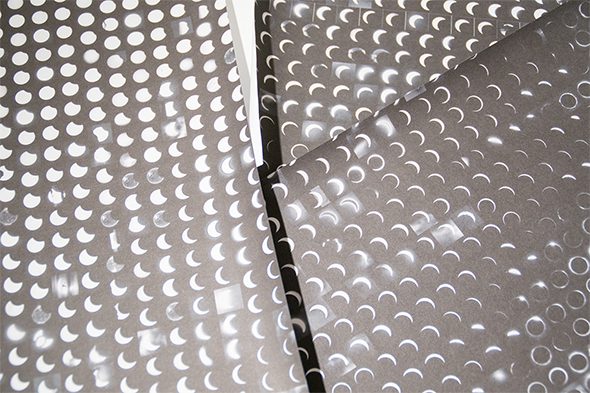 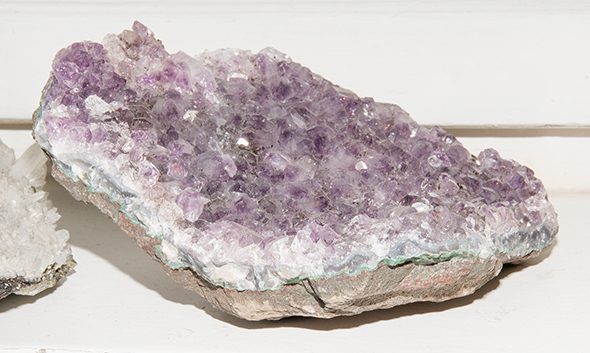 This autumn, Paterson has two solo shows – at Centre Pasquart in Biel, Switzerland and James Cohan Gallery in New York – which will showcase a wide cross-section of her oeuvre thus far. In the studio, she showed me her original plans for one piece that, seemingly innocuous, is representative of the depth of Paterson’s artistic inquiry. The ‘Candle (from Earth into a Black Hole)’, made in only one hundred editions, is made to smell of outer space: each layer of wax was carefully conceived with a biochemist and perfumer to mimic the smells of planets and celestial bodies. The list of scents is poetic and semi-fictional, taking its cue from astronaut descriptions or educated guesses: geraniums, gunpowder, old pennies, cherry and benzene, a freshly opened can of soda water. As the candle burns in the gallery space, it lets off subtle yet poignant whiffs of other worlds.

The piece could stand as a metaphor for Paterson’s work, which appears effortless and yet encapsulates a huge amount of labour and research. The simplicity of her exhibited designs belies a network of experts, herself included, invested in each project. But this is precisely where her artistic prowess comes into play: she is able to orchestrate events, even perhaps literally move mountains, to realize projects that affect people on a cosmic scale, giving us a glimpse into the priceless natural treasures in our midst. 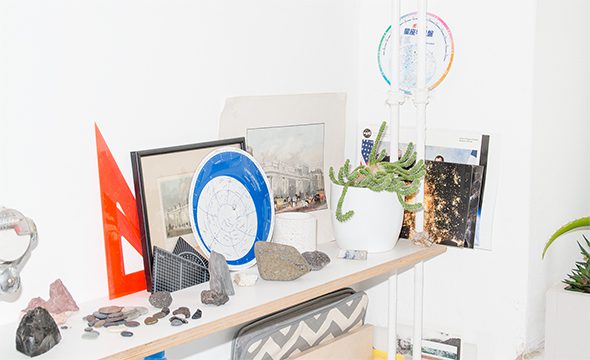 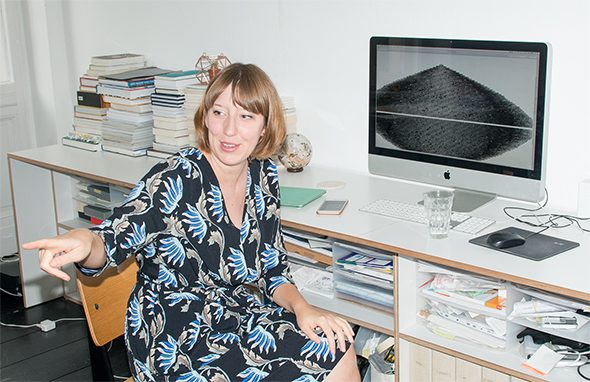 Alison Hugill has a Master in Art Theory from Goldsmiths College, University of London (2011). Her research focuses on marxist-feminist politics and aesthetic theories of community, communication and communism. Alison is an editor, writer and curator based in Berlin and a host of Berlin Community Radio show ‘Hystereo’.