How do you argue against ideas that should have died long ago; ideas that, theoretically, should have been debunked by 70 years of scholarly analysis; ideas that against all odds still seem to be roaming the earth like… zombies, impervious to defences designed for the living? These are the central questions in Falk Richter’s ‘FEAR’, which began its run at the Schaubühne in late October. Fascism, racism and antisemitism are some of the ideas in question. Once relegated to the deepest recesses of YouTube comment threads, these isms have crawled back onto the streets, louder and prouder than ever. They can be seen on banners at PEGIDA marches in parts of Saxony with almost no foreigners, in sermons by hate mongers calling for the “re-christianisation of Germany”, or in election slogans by far right political parties. In the midst of it all, the mainstream intellectuals and politicians don’t quite know how to respond anymore. Like characters in zombie films, they are realizing that their bullets are not working against the army of undead ghouls marching irrepressibly towards them. 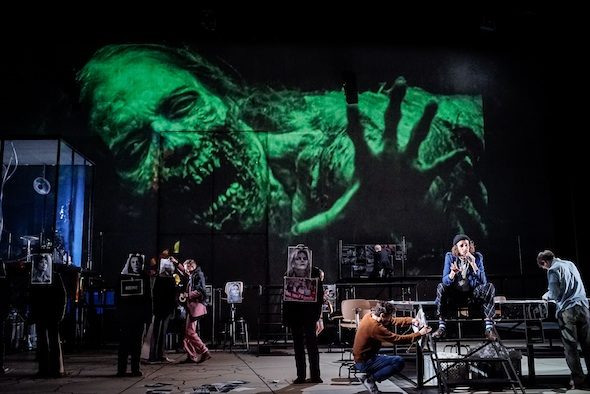 The ensemble production is comprised of multi-media projections, impressive dance routines and riotous monologues that articulate the various kinds of fear currently gripping German society. Politicians like Beatrix von Storch are routinely mentioned by name and blamed for midwifing this contemporary form of xenophobia and giving it legitimacy in the public discourse. Richter doesn’t just stop at Germany’s distrust for Muslim immigrants, the characters in the play also bemoan the inflationary effects of Scandinavian immigrants buying up Prenzlauer Berg. Not to mention the threats from within the borders: the homosexuals trying to further stifle Germany’s birth rate. Nothing is safe, nothing is familiar, everything is foreign.

Powered by Malte Beckenbach’s angry score, each scene works itself into a frothy crescendo. Unfortunately, the pattern becomes predictable and less effective each time it repeats itself. Richter all but abandons plot and character as storytelling tools in this production, opting instead for a more episodic approach that tries to nakedly (re)present bigotry (sometimes in literal quotations from hate speeches). The problem with this approach is that it forfeits a lot of nuance that would otherwise have been accessible in a conventional narrative. Instead, each monologue merely denotatively outlines a right-wing view. The result is a series of disjointed laments that ascends to poetry but does not quite manage to emote. 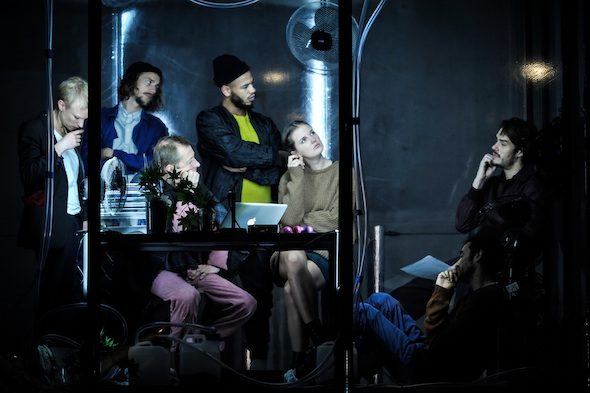 Strong performances by the likes of Alina Stiegler and Tilman Strauß provide much-needed moments of comedy and calm. The fourth wall is intermittently broken, creating a sense of intimacy with the characters, who incidentally use their real names.

On the whole, the production is another example of the miscommunication occurring between the classes in much of the western world (and particularly in the US election). The white working class is afraid of migrants moving in on their low-skilled place in the economy. Wholly unthreatened, the middle class responds only by rebuking the working class for being narrow-minded or stupid, without taking the substance of the working class fear seriously. So the middle class creates media products that either go over or to the left of their fellow citizens’ heads, inevitably failing to really connect. To be fair, it’s hard to imagine what art form or message would engage PEGIDA demonstrators in a non-condescending way, but what is clear is that this play is not it. ‘FEAR’ is a sermon to the converted, a bourgeois huddle in which privileged individuals can congratulate themselves on their moral superiority while disowning the “basket of deplorables” outside. They are the real objects of fear. They inadvertently become the “other”. But isn’t othering the very problem? 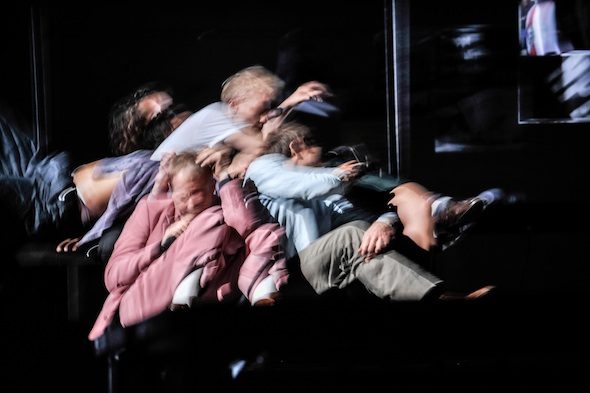