The body—körper—is the carrier of our weight, the instigator of movement, the instrument with which we breathe, perceive and act in the world. It is this essentialist perspective that underpinned Sasha Waltz’s exploration of the body in her piece ‘Körper’, which was originally performed in 2000 and was revived at the Berliner Festpiele in November. Sasha Waltz & Guests offered a stripped-back, denuded and multi-angled rendition of the body in a series of well-researched movement ideas, with a focus on the tentative rediscovery of its basic functions. 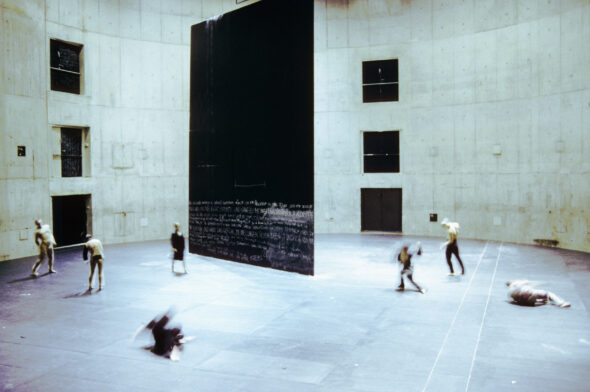 One of the most memorable moments took place inside of what seemed to be an oversized picture frame at the centre of the stage: a growing group of bare-skinned dancers climbed inside the structure and hung from it, creating a serene tableau vivant. With an ethereal elegance they stacked and wriggled their bodies against the glass panel, which acted as a sterile, transparent container of their movements. As if in a lab, their bodies became the objects of a detailed analysis and the viewer, by extension, became a researcher overseeing a scientific experiment. 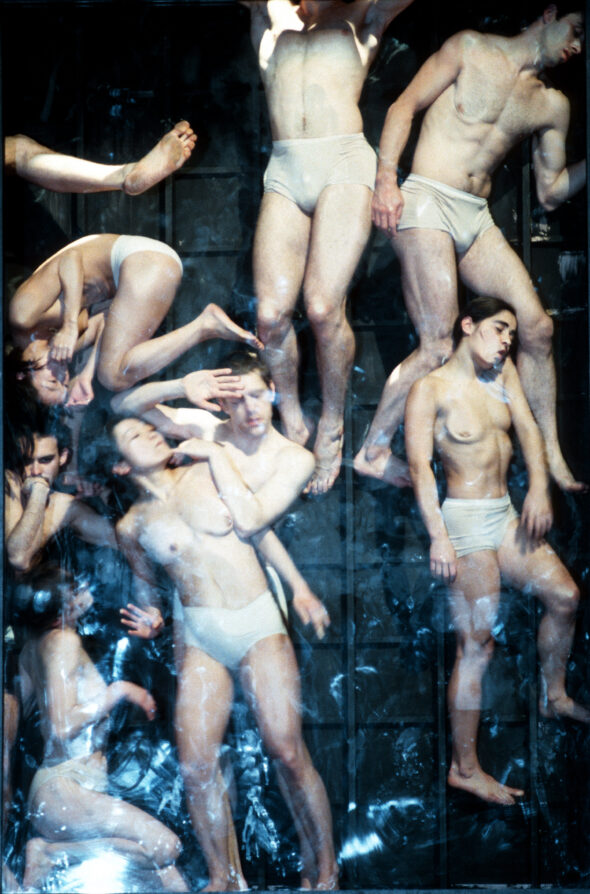 Throughout the piece, bodies were methodically measured and transported; skin was insensitively gripped and used to lift bodies across the space, and in a series of duets the dancers fell mechanically like dominoes, as if their physical make-up was all they consisted of. This clinical approach to the body was juxtaposed with the clever use of visual illusions: water was shaken from orifices of the body that did not exist and in a centaur-like figure two bodies were morphed playfully into one. Waltz thus challenged the purely functional, science-based understanding of human anatomy through an exploration of the aesthetic, performative and illusory possibilities of theatre.

Apart from intriguing visual illusions, Waltz explored notions of truth and falsity by creating inconsistencies between text and movement. While telling their stories, dancers would point to a different body part than they were describing. Sometimes they would be accompanied by someone else who would perform the ‘correct’ version next to them. Who was right, and who was wrong, was hereby left open to interpretation. 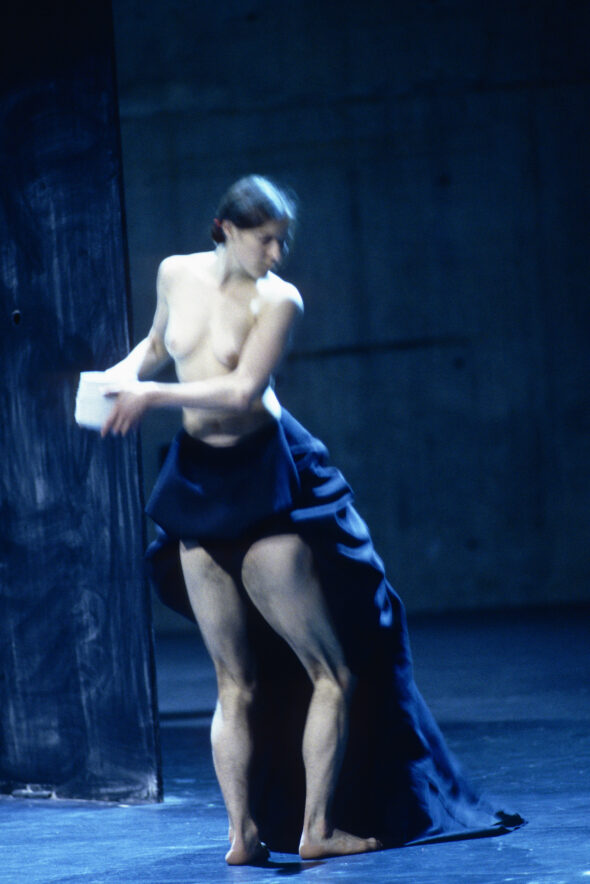 In line with Waltz’s postmodern stance, every voice, however logically unsound, received recognition. This was exemplified in a frenzied monologue that—culminating in the loaded question ‘Do you think I have cancer?’—portrayed the hypochondriac tendencies of our generation. The excessive anxiety provoked by illness was contrasted with the ironic quotation of the price of individual organs: every deformity, as Waltz demonstrated, comes with a price-tag.

Waltz’s compositional style, as can be derived from her great body of work, was no less present in the piece ‘Körper’. Her many different ideas seemed to be connected with an underlying coherence like pieces of a puzzle that only make sense after the puzzle has been put together. This hard logic was intercepted by sharp bursts of emotional intensity, which Waltz, as a close successor of Pina Bausch, brought to life in the style of Tanztheater. Much like her contemporary Anne Teresa De Keersmaeker, her thoughtful intellectualism was overlaid with theatrical storytelling and a fervent passion for movement. Sixteen years on from its première, ‘Körper’ brings the body under inspection and shows, with compositional grace, how there are still so many angles left to discover.