Erin Riley‘s work is a perpetual fusing of the virtual and the real. Marrying modern concepts with traditional technique, Riley weaves our online lives into large-scale tapestries, asking questions about the value of labour in a time of instant gratification. Working with both found and donated images, Riley’s recent work aims to challenge the stigma surrounding women’s sexual agency by documenting the artist’s own use of pornography as a tool for pleasure. The work seeks to showcase a reality that goes against the traditional patriarchal narrative of women’s sexuality being positioned in relation to that of a man, or an other; carving out a much needed space in which to talk about women’s sexuality in relation to the virtual. 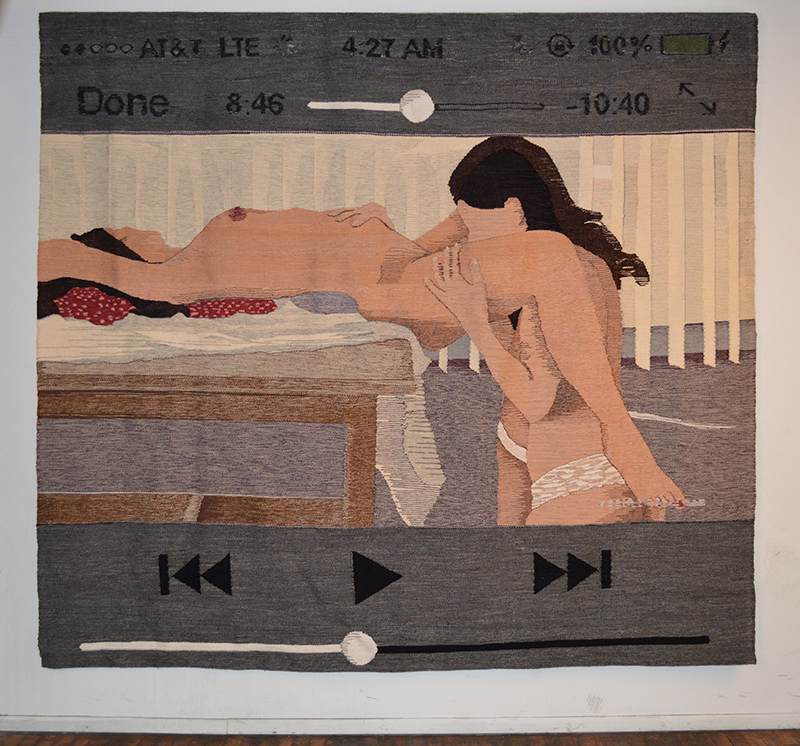 Romily Alice: Much of your work takes the virtual and weaves it into IRL tapestries; is there a wider comment on the relationship between the real and the virtual that can be taken from your practice?

Erin M Riley: Yes. I experienced most of my youth through images; be that yearbooks, getting to know people by their names or their sports, or through online communities that brought together people with similar interests. The deeper I got into the internet, the more I realized the disconnect between what was real and what was a façade for the internet. By slowing down the process to create images, I am trying to slowdown the viewer and help us all appreciate what’s really happening in pictures.

RA: Do you think that the digital has affected the way that we understand crafts such as weaving and textile art?

EMR: Of course. I have heard that there was a time when most people in Massachusetts (where I grew up) had looms in their homes. Where people repaired their clothing or made garments and household items before going to the store to buy them. Most of the behind the scenes processes of textiles are hidden nowadays. We go to a store and we buy a pair of pants, oblivious to the fact that threads were made, material is woven, cut and sewn, shipped, etc. Much like food, water and other resources, we take the process for granted. We all wear textiles and yet most people don’t know how they’re made. I think if people knew how much work went into their clothing or if they had to make it themselves, there would be less of everything in the world.

RA: Do you get a sense that the historical associations of weaving and textiles with ‘women’s work’ have an impact on the way your pieces are viewed?

EMR: For me, the term women’s work almost doesn’t mean anything. I understand the historical context of women’s work referring to the work women did in the home, or domestic activities, but I learned about textiles in an academic setting, and because of that the people using textiles simply used them, their gender wasn’t an issue. It was their medium of choice and it didn’t restrict their scale or grit. I have met and spoken with people who use weaving in their work—who are from my grandmother’s generation—and their choice to weave was not because they were restricted to that medium, it was because they chose that medium, despite or in spite of it having this ‘lower’ ranking in the art/craft world. That was something that I hadn’t considered. You hear stories of Anni Albers traveling with Josef to Yale and teaching Sheila Hicks from their home because textile art wasn’t offered at Yale. Despite peoples’ dedication to the medium, society didn’t support it. In furthering textiles’ delineation as women’s work, we are keeping it isolated from critical dialogue, which it truly requires. I am tired of getting props on my technique, let’s talk about content! 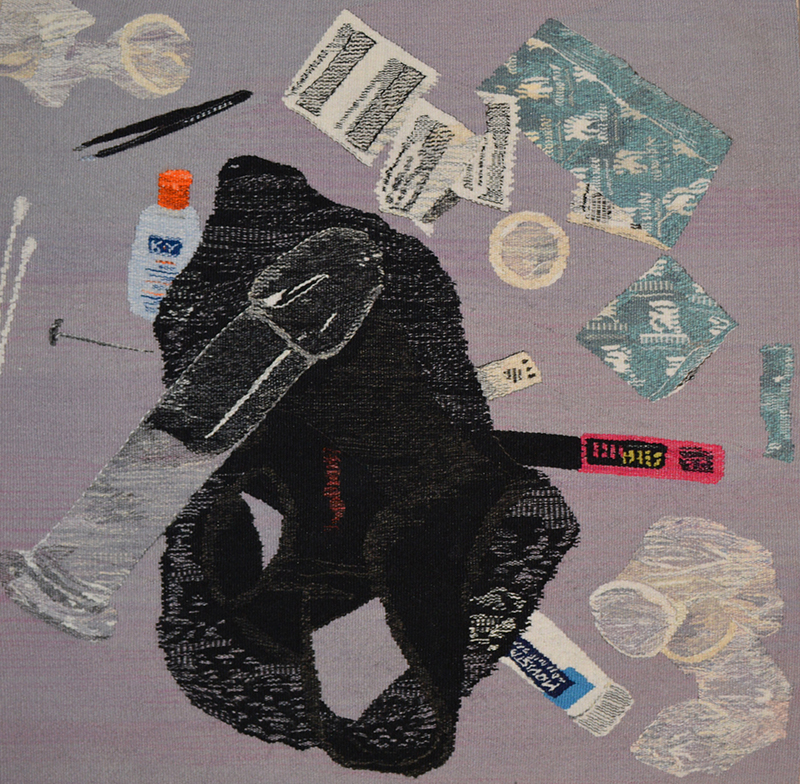 RA: Your artwork asks questions about observing and being observed. Why do you think this is so relevant in the current climate?

EMR: When I first started working with images that I found online, people were much less aware of composition and the details or the lighting of the images they were taking; they were simply capturing moments of their lives that they wanted to share. Now, with the normalization of self-publishing images and the awareness of being seen, imagery and our awareness of perception is more obvious. I am still surprised when I find out that someone isn’t the way they present themselves online, because what was fun about the internet in the beginning was that everyone could be themselves without repercussions. 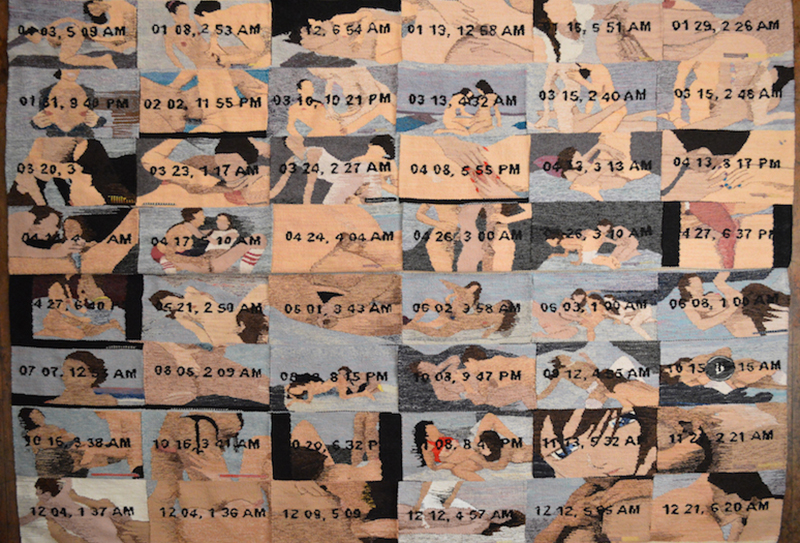 EMR: No, it hasn’t. It hits a nerve in people who were raised to be afraid. Most women believe or have been brainwashed to believe that it is irresponsible to open yourself up to the opportunity of sexual trauma. Much of the language we use to discuss sexuality taps into misogyny and a victim-blaming rhetoric that requires women to be modest and chaste. I support modesty, but most of society supports modesty and having a future as a woman that contains spouses and children. I personally am trying to reflect a reality in which sexual independence is not looked at as filling a hole where a spouse, a child or a father would sit. By speaking about pornography, as adults, we can reflect our kinks, our desires, our needs: it can make couples feel closer but can also allow self-reflection and self-care that we all need regardless of our relationship status. I am so tired of people thinking that relational sex is the only respectable release, solo sex is just as important.

RA: Do you think that the proliferation of virtual images of women’s bodies and sex is having an impact on the way that we understand and discuss women’s sexuality?

EMR: I think there are amazing people who are adding to the conversation about women’s sexuality and maybe by self-publishing images in which we find ourselves cute, we are supporting confidence and expression. I think the dialogue around feminism and the uniqueness of vulvas, the orgasm gap, normalizing menstruation, body hair, birth control, sexual health etc. are all helping women to have a more whole sex life. 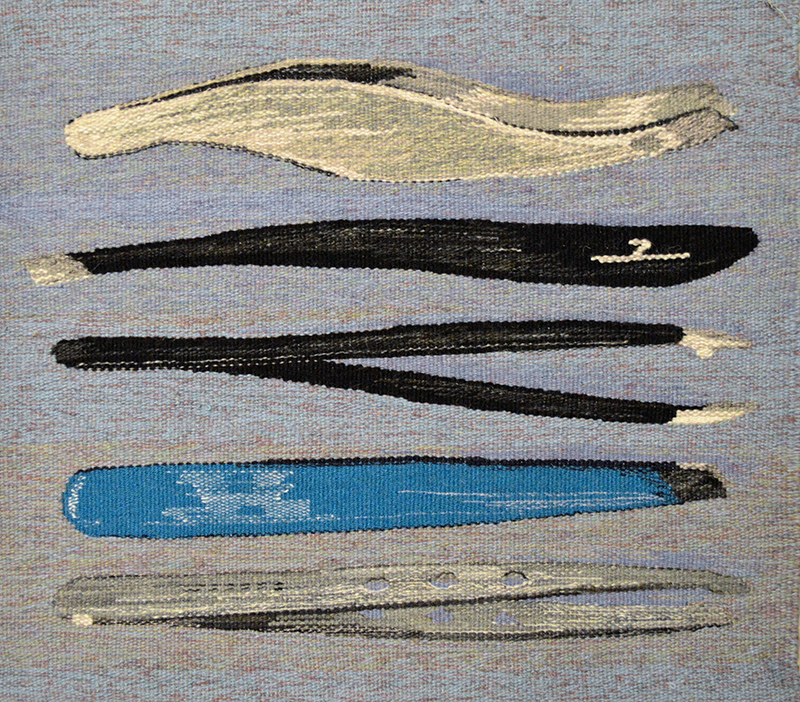 RA: Some of your pieces examine aspects of womanhood that have a social stigma attached to them. Is there an attempt here to challenge our society’s prescribed gender norms? What role does the concept of shame play in your work?

EMR: Shame controlled my young adulthood, it forced me into relationships that were toxic, it gave me nowhere to turn when I needed the most help. By holding the mirror up to myself I am challenging both my partners and myself to accept the entirety of my existence. Simply speaking there are many stigmas that are attached to the various things a person with a uterus goes through; the more we talk about these things in our conversations, the more people hear, then the less shocking they will be. When something has less impact, it holds less power, and so cannot be held against us.

RA: How would you describe your own relationship with the virtual?

EMR: I have spent most of my adulthood in relative isolation from social interactions, while also feeling connected because the internet acts as a window into many worlds. I have met partners, learned about my sexuality, learned life lessons, etc. The trolls and people who comment without spending any time understanding me or my work are what feeds my fire. It’s a bizarre relationship.