As part of the transmediale anniversary weekend, Morehshin Allahyari and Daniel Rourke presented the European launch of their project ‘The 3D Additivist Cookbook’. The duo offered up their digital publication as an online platform, bringing together the radical projects of over 120 different artists, activists, and theorists in collaboration with the Vilém Flusser Residency 2016 Program.

The collection of critical texts, templates, recipes, and (im)practical designs were described by the editors, Allahyari and Rourke, as an “aid to living in such contradictory times as the present”. They wrote their manifesto in 2015, calling for designers, scientists and activists to put forward their projects responding to current political and social issues. This collection of ideas, organized into different themes and categories, later went on to form the book. The recipes focus heavily on the use of 3D printing, allowing the creation of physical objects to be viewed as a powerful means for political and social change. The editors believe art and design should be shaking things up and consistently introducing new ways to be confrontational. The book focuses on the creation of objects as a means of resistance, providing the opportunity for this knowledge to be spread out. This, in turn, was how they coined the term ‘additivsism’, new additive technologies plus activism. 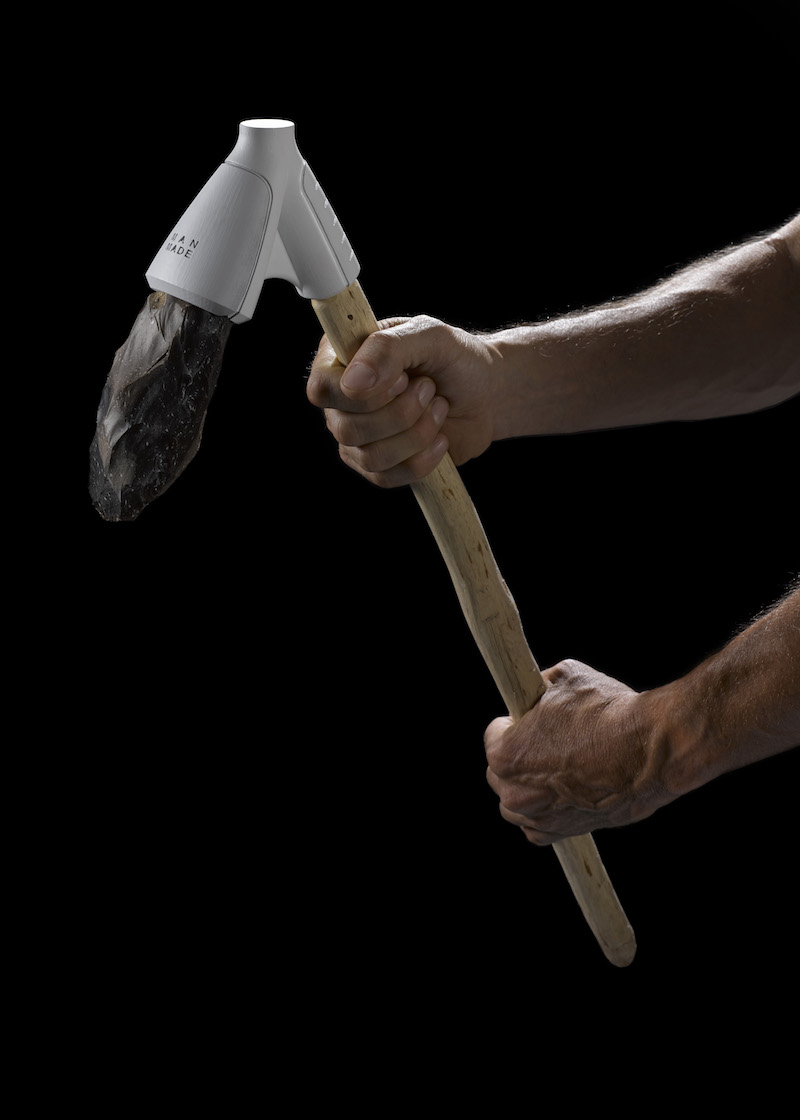 Ami Drach, Dov Ganchrow:’Man Made’ (2014), a contemporary adaptation of a prehistoric hand axe, emphasizing a particular function of the fundamentally multi-functional tool // Image courtesy of the artists

The hyper-textual quality of the PDF format offers different modes of navigation, providing an open space rather than a linear one. 3D PDFs were initially designed to aid architects but as there are now more efficient ways of presenting files, the technique fell out of use. With that in mind, the creators of the Cookbook felt it was the best way to show the aesthetics and essential handmade quality that the PDF represents. Using this technique has allowed them to create a mass collection of digital lessons. It is arguably more effective than a website, which could, of course, be blocked if the content is deemed inappopriate, which in the case of the 3D Cookbook is indeed a likelihood. Many of the works have a radical edge and are intentionally aimed to deploy a certain degree of shock. Joey Holder, for example, presented her project ‘The Evolution of the Spermalege’ (2016) in which various 3D prints of interspecific sexual organs, formed using insect genitalia as prototypes, were displayed. The investigation of sexual interaction between human and insect is no doubt one which few people view comfortably.

The 3D cookbook is an original and inventive concept that can bring people together within a meaningful and creative network. We are living within a special moment in history, in which artists and creative minds can make use of new technologies to respond to current situations, share knowledge and stimulate new ideas. The book certainly finished what it set out to do and offered at times disturbing designs. It is a successful attempt at opening up digital worlds and discovering new methods of being adversarial. The book enables and encourages radical creation and ideas for experimentation, adaptation and change. 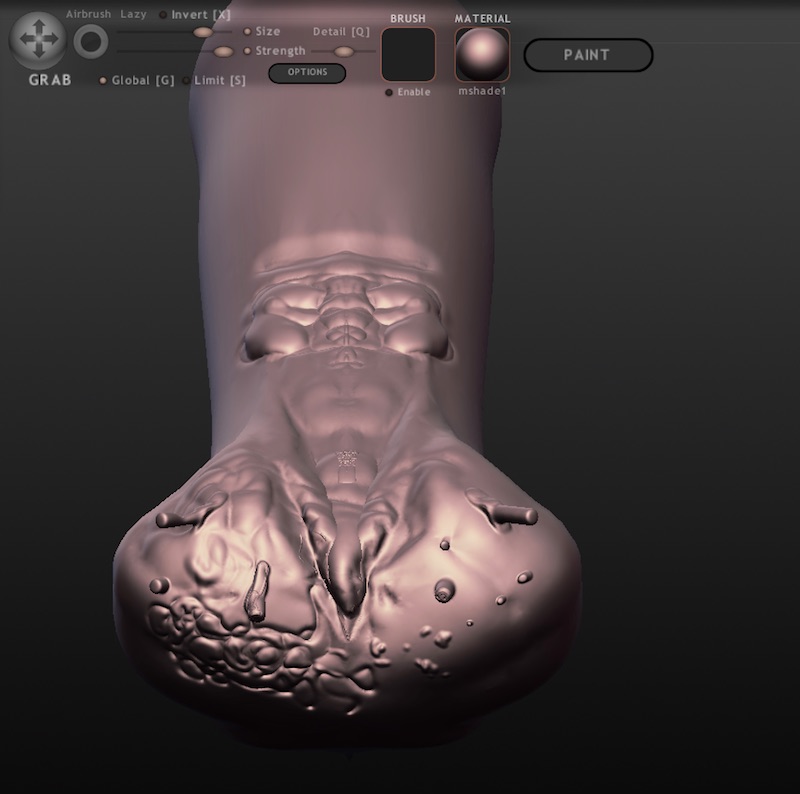 Joey Holder: ‘The Evolution of the Spermalege’ (20I6), A series of interspecific sexual organs designed using insect genitalia as prototypes // Image courtesy of the artist

The creations of Holder—alongside those of Kuang-Yi Ku, Ami Drach and Dov Ganchrow—are currently being displayed in transmediale’s ‘Alien Matter’ exhibition.