‘I Will always be too expensive to buy.’, ‘I will always mean what I say.’, ‘I will always do what I say I am going to do.’. This was the order of the three statements that the public were confronted with as they entered Adrian Piper‘s ‘The Probable Trust Registry’, presented by Hamburger Bahnhof. There was nothing to interact with and nothing to observe, only these words to consider. These philosophical articulations, provided in the form of ‘contracts’, offered the public the chance to participate in an alternative exploration of trust. These statements were referred to as the ‘Rules of the Game’ and although they were not exactly unique in content, they were aesthetically blunt, abrasive and emotionally dense. 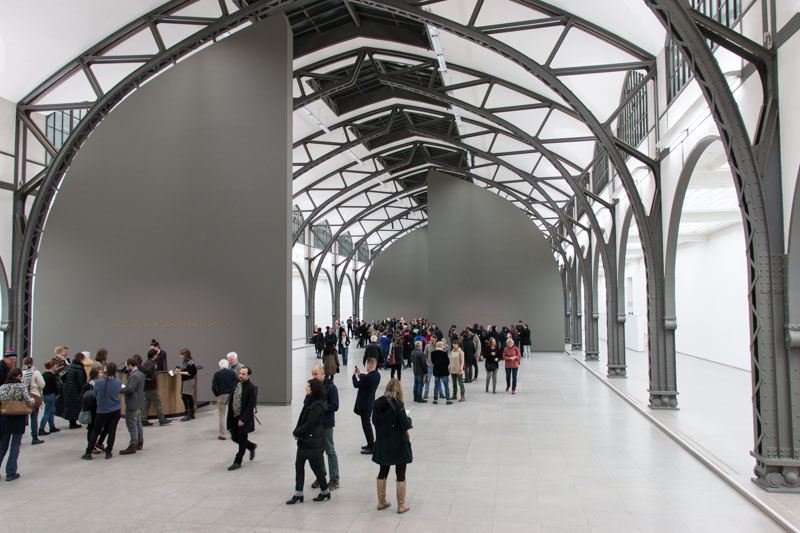 The physical components of the exhibition consist of three single-line statements, written separately above a circular desk, on a grey wall. Participation is straightforward, if the viewer agrees with the statement they can sign the personal contract to themselves, for one or for all three of the corresponding declarations. When the project finishes in September 2017, participants will receive an email with the list of those who have also committed themselves to the contracts. These lists become part of the confidential inventory of the Nationalgalerie – Staatliche Museen zu Berlin. They are sealed to the public for one hundred years following the closing date of the exhibition. The principle idea of the project is that those who take part are helping to form a community of trustworthy people and are creating a common environment in which everyone has made a promise to abide by the same rules. 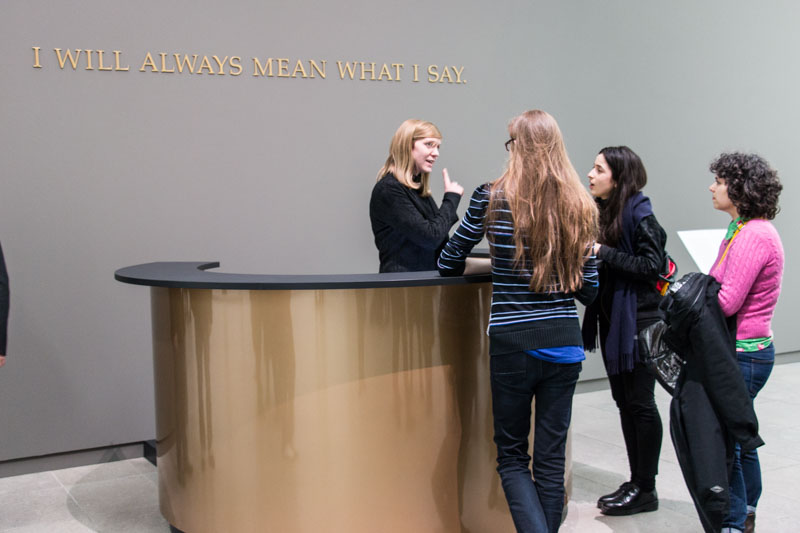 So what do these contracts really stand for? Should they be interpreted as a contribution to a database? Are they forming a community of likeminded people or are they purely a commitment to oneself? Reactions to the work were fairly mixed and it would seem that it has been left to the individual to determine their personal understanding of the contracts. Interestingly, the third statement received the heaviest criticism at the opening. Consistently fulfilling what we intend to do was deemed unachievable and destined to be broken. Why commit ourselves to a contract that cannot be fulfilled? And, furthemore, why bind ourselves to others in collective failure? The participants raised valid arguments, but is it necessary to take the contracts quite so literally? 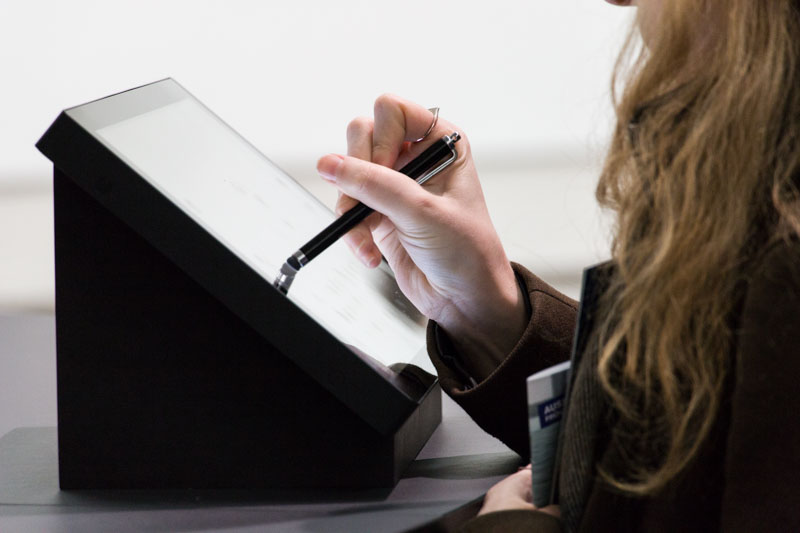 One participant, Cassandra Fox, explained that for her the exhibition became progressively more dynamic. The statements, she explained, were successively more perturbing and coerced the viewer to dissect the meaning of the words, making it a very personal experience. If the essence of the statements are retained and followed, there will be a questioning of the relationship between our actions and their integrity and this can only be learned through participation. Perhaps these self-pledges and the fact of being named on a list help and remind the individual of the ideals they would like to live by. After all, how many people consistently apply these three rules of the game, despite good intentions? 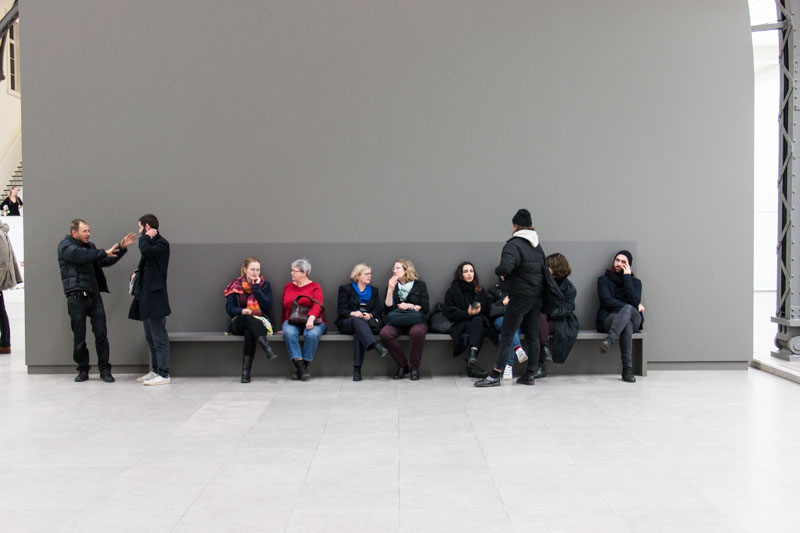 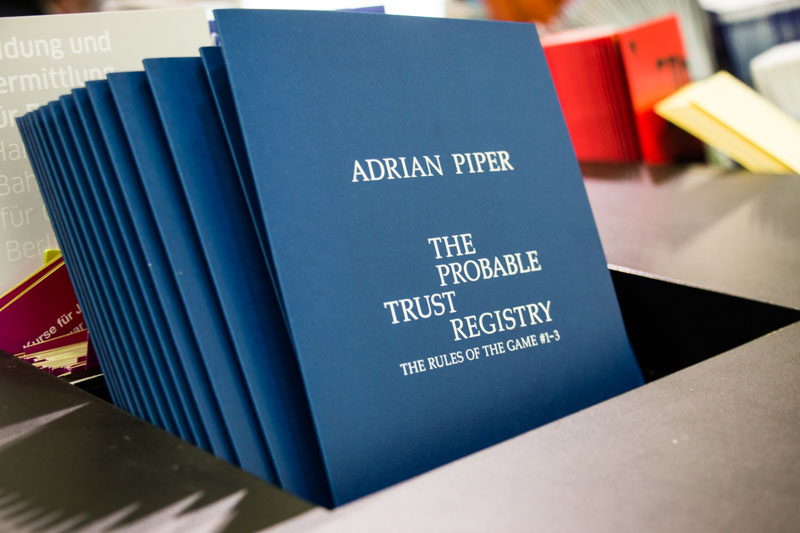 We are currently facing many societal problems that show contradictions to the statements of Piper’s work. The exhibition serves as a powerful reminder of the importance in working together, individually and collectively to strengthen the traits of honesty and responsibility. We are living in a time of social divisions and ‘The Probable Trust Registry’ aims to be a flexible and pluralistic attempt at redefining trust within society. The focus on ethical virtues of morality and reliability raises philosophical questions as well as practical ones, evaluating the foundations of the agents that enable trust to function. Undoubtedly many visitors will have asked themselves whether the exhibition will really encourage the creation of a trustworthy group of people. It is unlikely to have a widespread effect on society, but perhaps that was not the true intention. The deed of dedicating oneself, alongside others, to such bold statements can serve as a reminder to follow through on personal promises.