Between February 23-26, the lines snaking down the sidewalk on 1st Street in Little Tokyo, heading towards the Geffen Contemporary at MOCA, weren’t in fact for a beloved bowl of savory ramen, but rather for the illustrious LA Art Book Fair. Hosted by Printed Matter, which heralds itself as “the world’s leading non-profit organization dedicated to the dissemination, understanding and appreciation of artists’ books,” LAABF is celebrating its fifth year iteration as the West Coast counterpart to the New York Art Book Fair. The fair hosted as many as 300 international presses, publishers, and booksellers that displayed their respective zines, monographs, and catalogs. 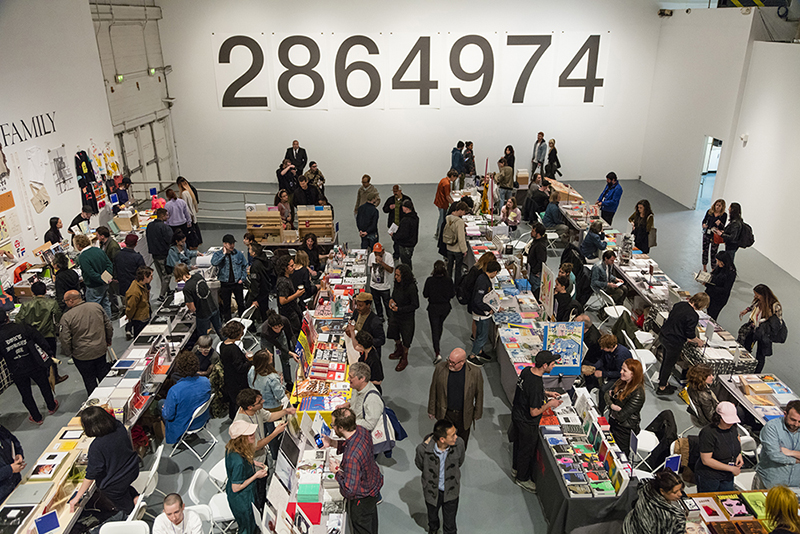 A series of daily programs also accompanied the fair, incorporating educational aspects like artist conferences and lectures, as well as outside entertainment from bands and electronic musicians. One programming session, described as “The Classroom”, organized events such as ‘Making Art During Fascism’ from the Women’s Center for Creative Work in Los Angeles, and ‘Veteranas and Rucas: The Instagram account archiving Southern California’s Chicana Youth Subculture’. 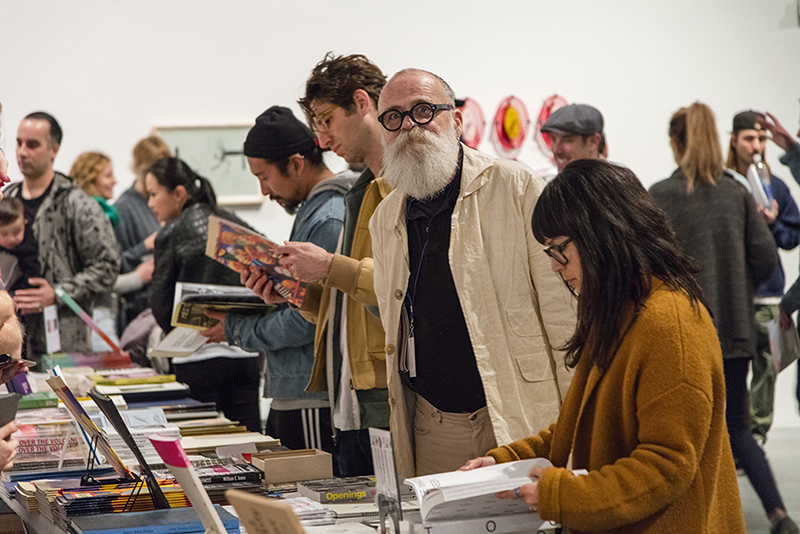 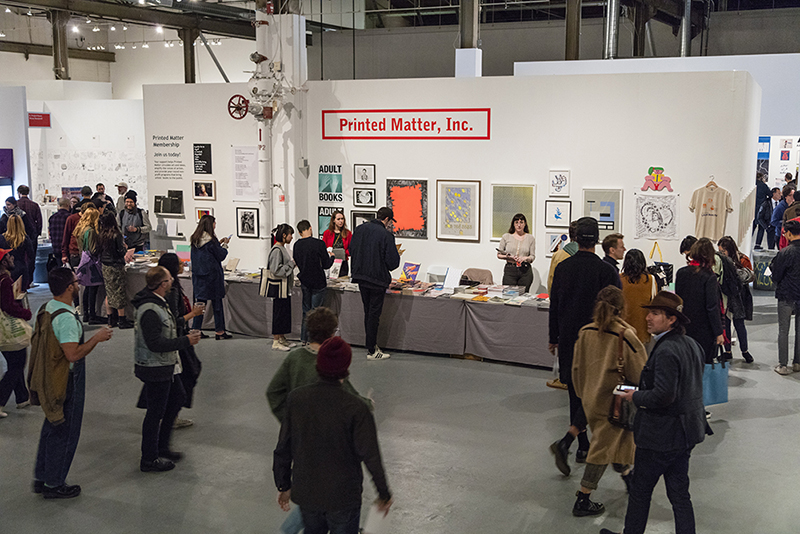 Inside the Geffen Contemporary, the bustling atmosphere resembled a chaotic flea market more than an art book fair held in one of Los Angeles’ most esteemed institutions. Although most galleries, publishers and presses were provided a table on which to exhibit their goods, a few were granted their own private booths, providing a brief respite from the rest of the fair. One such booth was designated for the ubiquitous Gagosian Gallery, whose some sixteen gallery spaces pepper multiple continents and have roots here in Los Angeles. 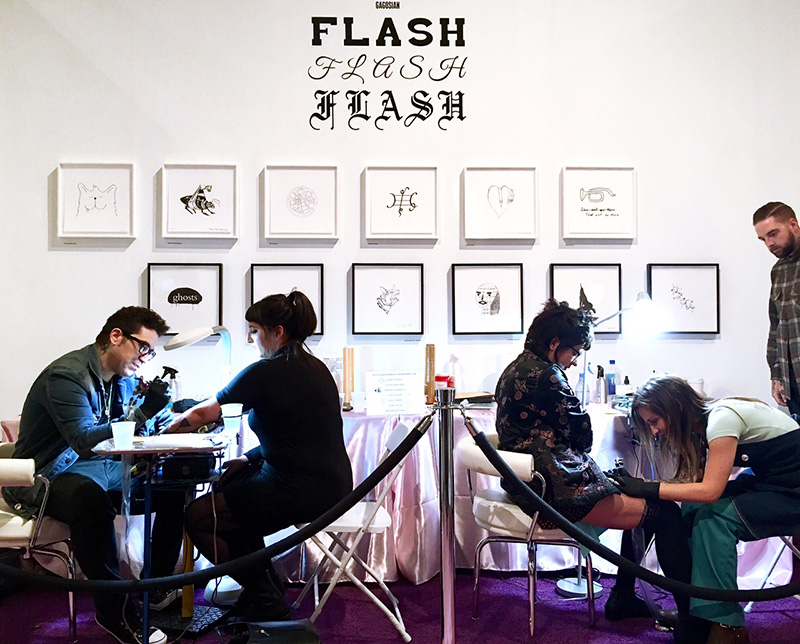 This year, at both the NYABF in the fall of 2016 and LAABF this past weekend, Gagosian presented ‘FLASH FLASH FLASH’, transforming their booth into a tattoo parlor and providing those with an appointment or those at the fair with a heavy sense of spontaneity: a tattoo. But these weren’t just any tattoos. Six renowned artists and designers were asked to create a tattoo design, or flash, and then provide it to tattoo artists to copy on peoples’ bodies. However, each design could only be copied six times, with the tattoo artists literally numbering each tattoo, and thus creating a limited edition. For Gagosian’s LA Art Book Fair booth, the artists commissioned were Kenneth Anger, the Haas Brothers, Mark Mothersbaugh, Sterling Ruby, Analia Saban, and Henry Taylor. 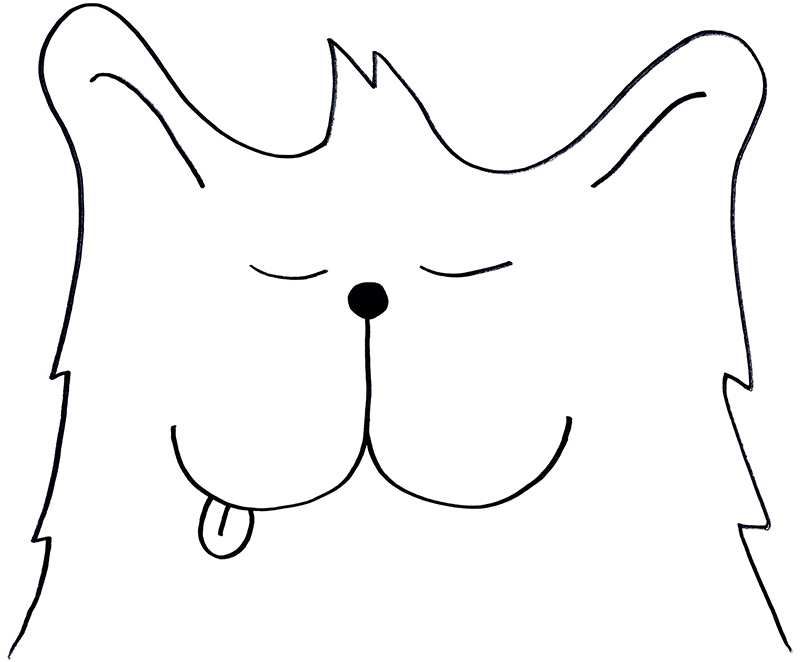 While in the ‘parlor’, I got a chance to speak with Ben Lee Ritchie Handler, image archivist and librarian of Gagosian Gallery.

Liam Casey: What was the process behind choosing these particular artists to showcase their tattoo flash designs?

Ben Lee Ritchie Handler: It was basically people that I admire and think would make good tattoos. It was kinda selfish in that they were artists that I wanted to get on my body, and people whose work resonates with this type of crowd. Like, the Art Book Fair is typically queer, punk, counterculture-heavy, so if you’re doing tattoos, you go with the ones that would appeal to the queers, the punks, the counterculture types. I consider myself to be somewhat of a punk. And I also think that’s why the tattooing is so popular, because it’s difficult to walk into a tattoo parlor and not feel like an imposter unless you’re covered in tattoos already, whereas in the Book Fair there is a sense of community. And I think tattooing, itself, is not as much about the image as it is about the experience—the story which led to you getting that image. So, the people that come to this year after year have such a strong connection that it makes sense that you would get your first tattoo at the Art Book Fair, instead of a tattoo parlor. I think about half of the people that got ink here, it was their first time ever and this is the kind of place where taking a risk like that doesn’t seem to be that much of a commitment, but more something that was meant to happen. 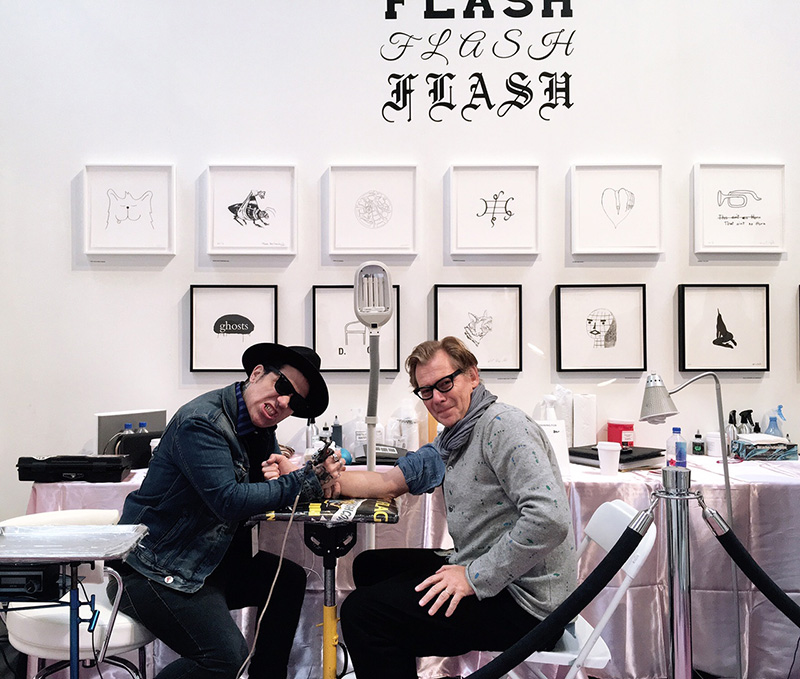 LC: Were the appointments given on a first come first serve basis?

BLRH: Yeah! That’s another thing: especially at Gagosian, a lot of times the artwork is cost prohibitive for most people that come to the Book Fair. So this is a nice way to get a million-dollar artist on your arm for cheaper than it would cost to get a tattoo even from Louie and Christina, who work at the Gagosian equivalent of tattoo parlors: Shamrock Social Club. Even to have a cup of coffee with them costs $500, and we’re selling the tattoo for $250, so we wanted to make it so that it wasn’t prohibitive to anyone who might be interested. 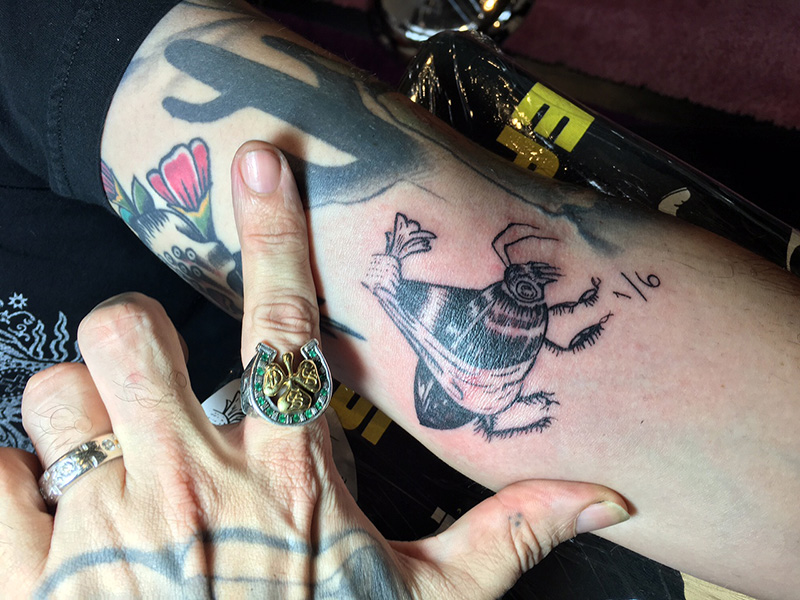 LC: What was the relationship you had with Shamrock Social Club? What led to the partnership between them and Gagosian?

BLRH: Shamrock is world famous. It’s the best known and the best regarded tattoo parlor in California, if not the world. Mark Mahoney is a legend in his own right, and he started the Shamrock Social Club. He had a rise similar to Larry [Gagosian’s]. He was a hustler; he started tattooing in Boston when it was illegal. He moved to California, he’s kind of a pioneer of the black and gray, single-needle tattoos. And he is responsible for bringing tattooing into the mainstream, just like how Larry started selling posters. And now he’s representing the Warhol estate, so it seemed like a good fit. I tried emailing just cold, out of the blue a few times, but I didn’t get through. And then it turns out that Brian Roettinger, who designed our poster, our book and a logo—who’s another similar story like that: a punk kid in hardcore bands who’s now designing Jay-Z and Beyoncé albums—is friends with Louie, who is one of our tattoo artists here. And [Brian] put me in contact with Louie. Louie and I have a lot in common because Louie, Brian and I all grew up in the same punk scene in Southern California and it just seemed like an awesome fit. I actually just did a panel on Tuesday night, and Louie got Mark Mahoney and Mark Mothersbaugh to speak at the Soho House, which is a funny thing…talking about tattooing and punk rock at a private member’s club! The irony isn’t lost on us, but I don’t know. It’s fun. These people are as responsible as anything for the proliferation of tattooing and music and that kind of thing, through culture at large. 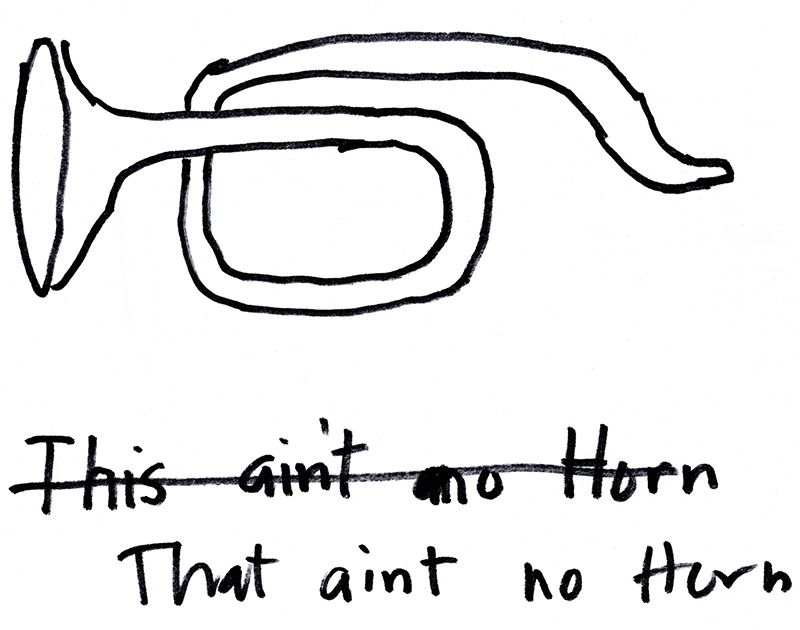 LC: What’s been the atmosphere in terms of visitors that enter the booth? Are they super disappointed when they hear the tattoo appointments are sold out?

BLRH: It’s really interesting. As soon as the tattoo machine starts buzzing it fills up with people. And then as soon as it stops, people kind of peak in or are afraid to step in. The best salesman for the tattoos is the tattoo machine itself. The tattoo appointments were available for pre-sale through the website, but we only sold about ten of them that way and then everything else sold the first day and a half, when people were watching other people get tattoos. I think everyone here has a very strong connection to the Book Fair, and a strong connection to artwork and all of the Los Angeles artist group is Los Angeles-based, so a lot of people know [the tattoo artists] or have worked for them or with them, or have admired their work from afar. 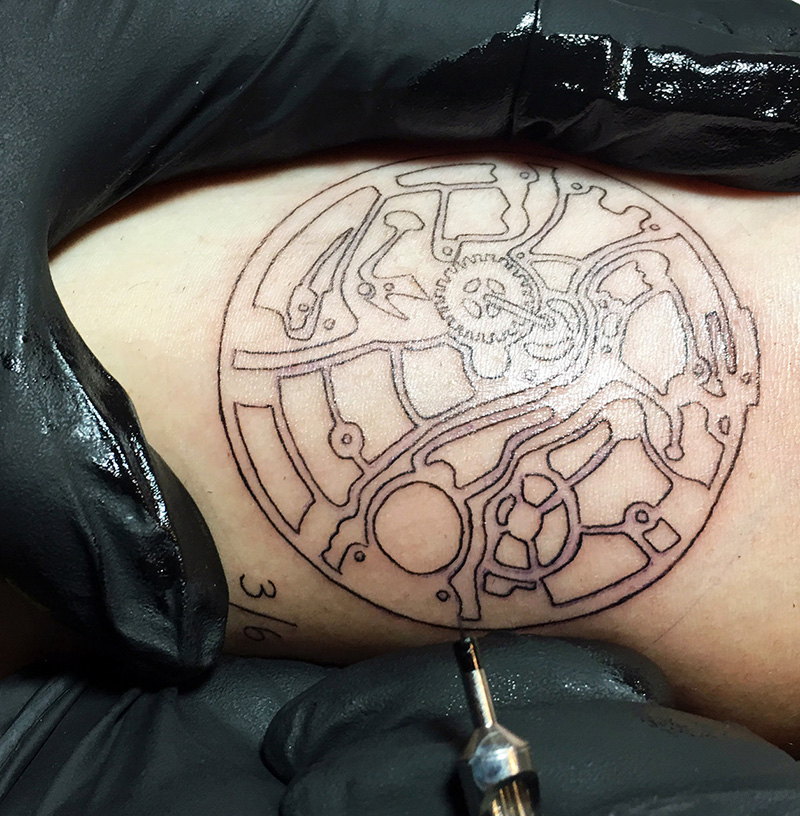 LC: I feel like the tattoo world is a very tight-knit community and there’s often strong admiration between specific artists; there is a whole network, and I feel that’s mirrored here.

BLRH: It’s funny. When I told Louie and Christina that we were going to do a tattoo parlor at a book fair, this is not what they were expecting. It’s not your mom’s art book fair. 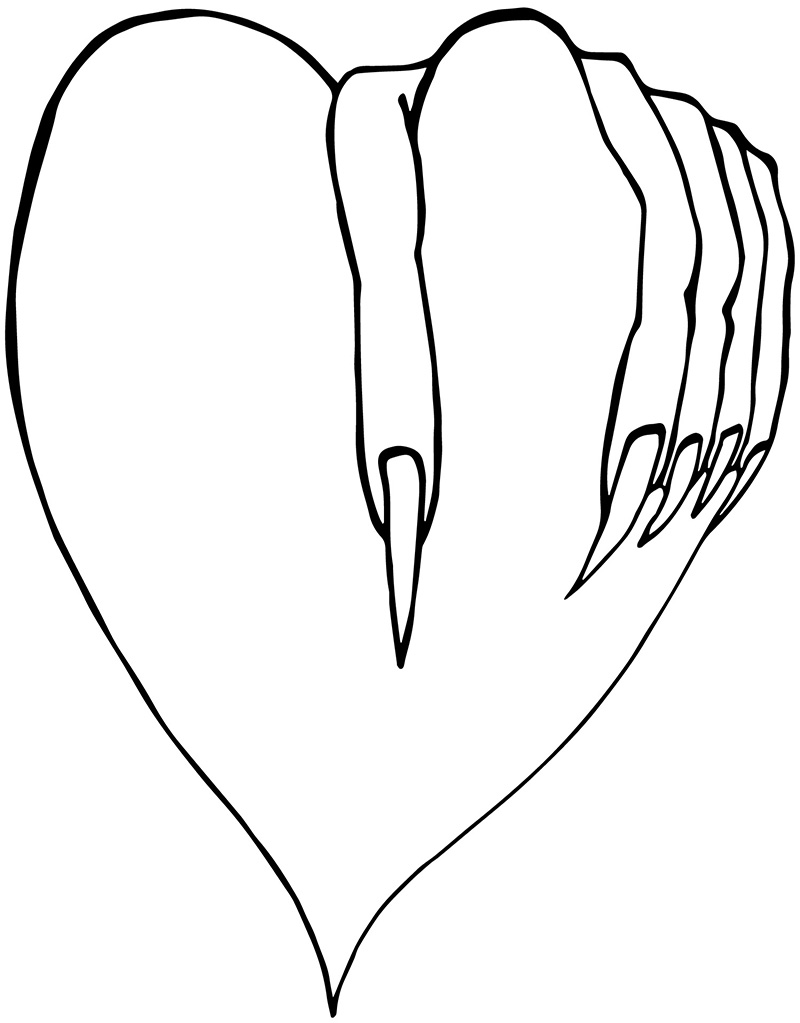