The building of walls—a contemporary rhetoric exacerbated by Trump’s twitter-feed—will no doubt go down in history as one of the most heated stories of our times. Seeping out of the internet and onto the stage, the narrative was picked up by Laurie Anderson and retold to a full auditorium in her live show ‘The Language of the Future’ as part of transmediale festival’s closing weekend. The renowned avant-garde performance artist and talented storyteller pointed to the lucrative potential of building walls with a re-interpretation of a play stemming from the ancient Greeks: an enlightened character spoke to a flock of birds, convincing them of an ‘economic opportunity’ presented by separating the heaven from the earth. In her tongue-in-cheek manner and with a satirical undertone, Anderson offered her own version of Trump’s political agenda, through the power of fiction. 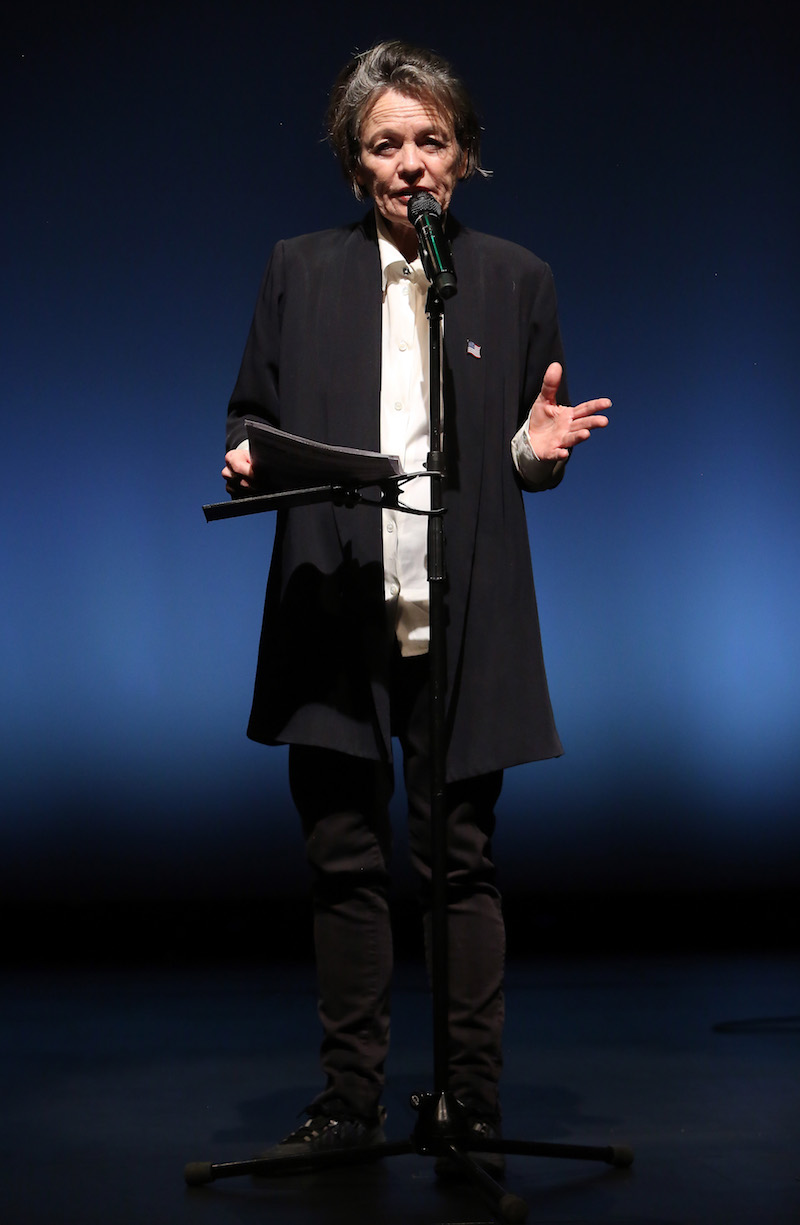 Laurie Anderson: ‘The Language Of The Future’, 2017 // Photo by Adam Berry

Aside from stories about society, she also told, with sensitivity, stories from her own life. In low, dramatic tones, she recalled an early trauma from her childhood: her hospitalisation at twelve years old. On attempting a back-flip at the swimming pool she broke her back which was, according to the doctors, beyond recovery, or so the story goes. In a moment of vulnerability, she triggered an empathetic response but did not wallow in her suffering. Swift and humble, she progressed into the realisation it had brought her: by neglecting the blood and the screams of the other children in the ward, she had ‘cleaned up’ her memory of the trauma. ‘The more you tell a story, the more you forget it’ she stated, allowing the power of her words to settle in her characteristic gloom. If with every retelling certain information is selected and prioritised, while other information is lost, how do we know who or what to believe?

Similarly, questions of authorship and truth were prompted using a powerful parallel in the tweet: a story honed down to its shortest possible portrayal. She empathised with the tech generation, lost in the abundance of stories available on the internet and given no clear sense of direction. A dark view of the present, perhaps, if not for the poetic and emotional depth with which she had perfected her art form. The grand themes of death and love permeated the stories she told and were made tangible with the melancholic tones of her electric violin. The deep voice of her lost love, Lou Reed, was unexpectedly interwoven into one of her musical intermissions. Unreachable but ever-present, his disembodied figure featured in her projections: his wise eyes gazed from behind a rain-spattered windowpane, like a veil across the afterlife. 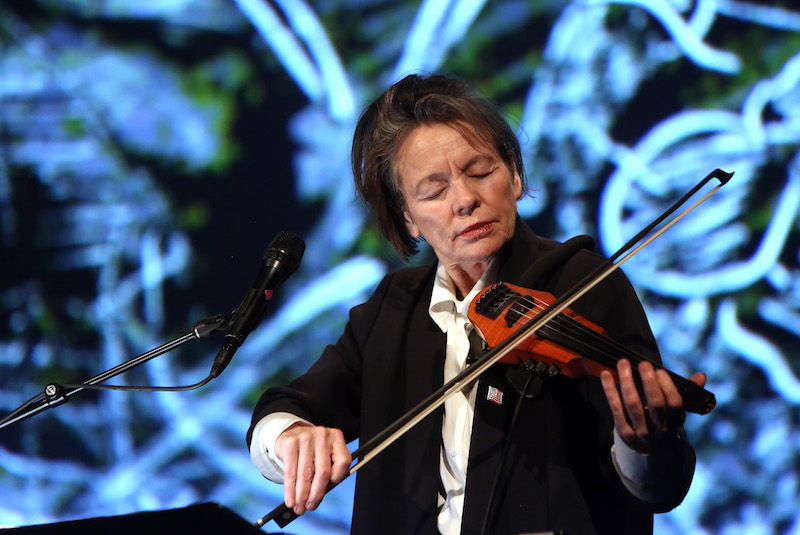 Laurie Anderson: ‘The Language Of The Future’, 2017 // Photo by Adam Berry

Rich, graceful and haunting, Anderson’s delivery was breathtaking. Whether real, partially embellished or entirely invented, the stories she told came from a lifetime of experience. And after forty years of experimentation, she is still innovating. As she sang through a speaker in her mouth and she played with different modes of presentation, she revealed the ever-inventive and curious artist she is at heart. An artist whose stories, like her magical performances, will undoubtedly linger on.