As part of the Simulizi Mijini/Urban Narratives programme, 10 international artists undertook a year-long residency between Dar es Salaam, Tanzania and Berlin, Germany. The exchanges and developments between the two countries resulted in the cross-cultural project and exhibition, ‘Juxtaposing Narratives’, hosted and presented at ZK/U. 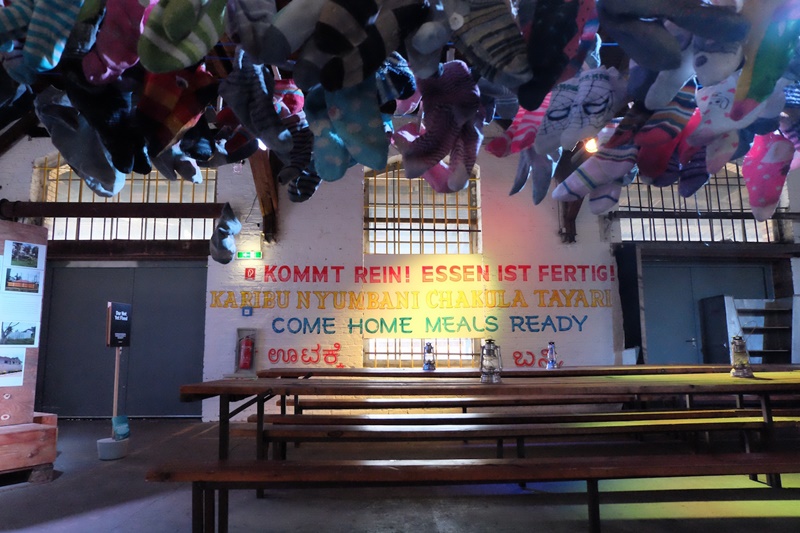 Covering a range of artistic disciplines including art installations, oral narratives and multi-media pieces, the exhibition touched on the shared history between the two cities and its impact on the political and communal structures they embody today. In the analysis of this shared past, much emphasis was given to grounding the importance of cultural identity in relationship to the structural environment. Exemplified both in the space and layout, this exhibition held great spirit and character in its curatorial decisions.

In ‘Tracking Dar’, the German-Finnish duo Tellervo Kalleinen and Oliver Katcha-Kalleinen followed 11 different citizens from Dar es Salaam with a GPS tracking device and camera for one day. With the intention of revealing a day in the life of an average citizen, the installation explored the relationship between people and their surroundings, moreover, looking at what citizens desired from their environment. Visitors could choose which narrative they wished to follow through an interactive keypad, which also played a dubbed interview with the person in question. 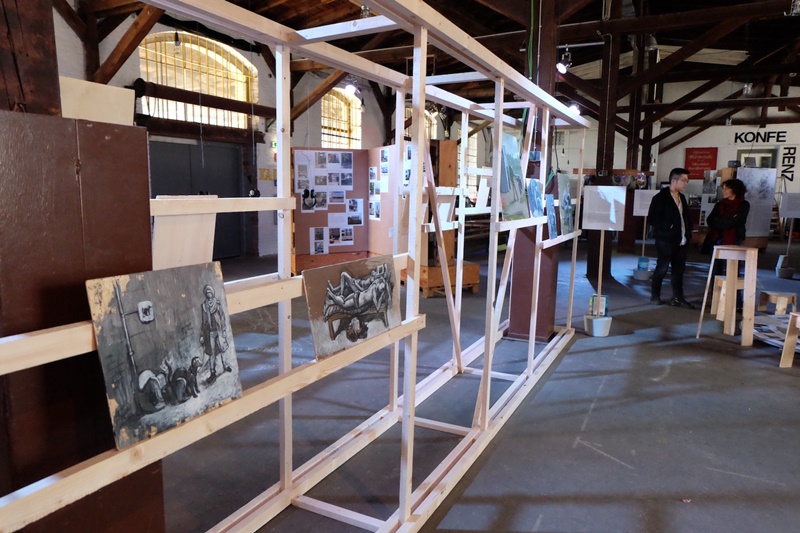 In keeping with the theme of travel, Paul Ndunguru‘s installation ‘Cold Feet’ addressed themes of migration and the barriers people face in relation to geo-political borders. In part, this installation was inspired by Ndunguru’s difficulties in securing a visa to start his residency. Using stiffened socks, the hung items represent ideas surrounding the differences between an immigrant and a refugee; furthermore, the treatment afforded to people who are given these titles. The socks, in effect, become a metaphor for our own biases and tendencies towards problematic, if not xenophobic behaviour. Linked together by a washing line, Ndunguru exposes our dirty laundry and silently hangs the results out to dry.

Among a number of great installations, Patrick Mudekereza‘s ‘Rue de la Resistance’ and Michelle Monareng‘s ‘The Lie of the Land’ both look into Germany’s colonial history in Africa. Through the street maps and street names, the artists were able to trace these histories with considerable detail. With assistance from German organisations and independent researchers, their projects looked into the urban planning of Dar es Salaam and Berlin and, more specifically, the developments in restructuring and renaming landmarks relating to colonial leaders and supporters. Monareng, specifically, was able to obtain German documents that looked into the missionary work of Germans within South Africa and the many forced evictions there. 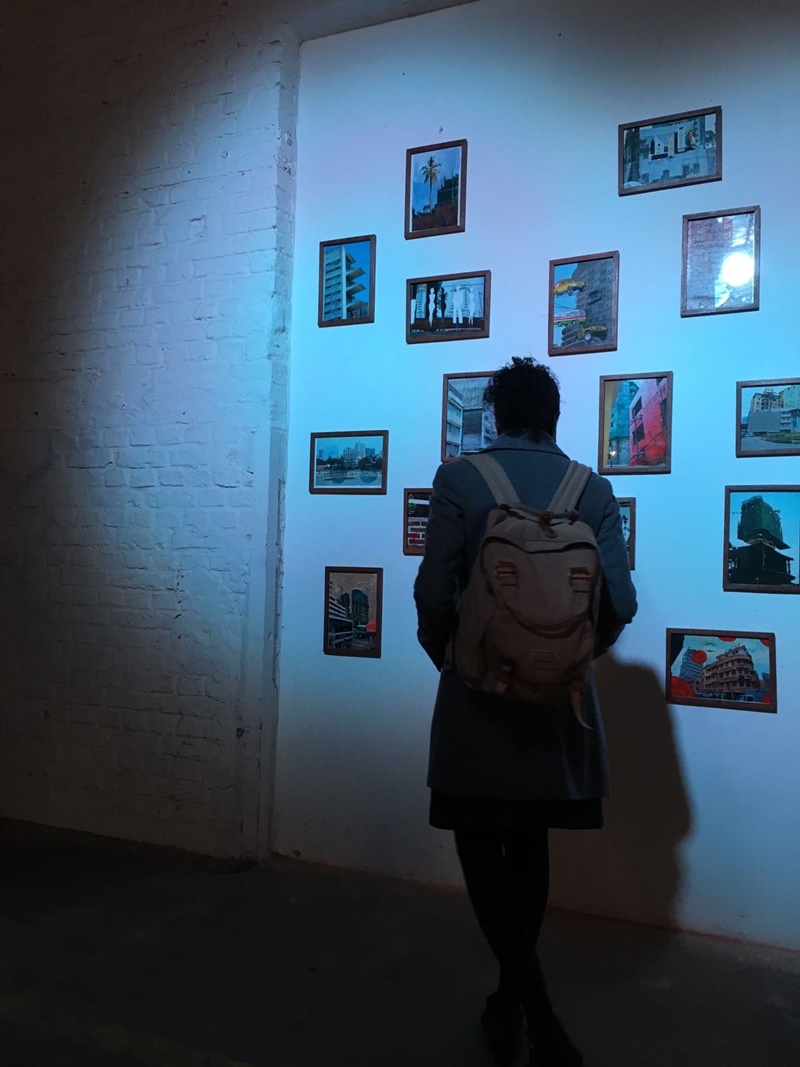 As a whole, the exhibition is structurally striking. It equally balances community-based projects and organisations with developments in cultural art practices. Each installation not only speaks to a lived experience, or history, but points to the future of development as well as the importance of cross-cultural communication.