The Centre for International Light Art in Unna is the world’s only museum dedicated to light art. Opened in 2001, the museum is located in a former Linden beer brewery. The exhibition space of 2,600 square metres is entirely underground, so there is no risk of natural light affecting the artworks. Every exhibited piece is tailor-made to fit the space, which is an atmospheric series of large, industrial corridors. Here and there patches of water on the ground reflect the light art and make ‘up’ and ‘down’ seem temporarily indistinguishable. The artworks in one room can have a substantial effect on the next: being blinded by only red light gives the subsequent blue lighting an extra icy feel. To be guided through the museum is to surrender your senses and feel your perception being played with at every turn. It is a deeply immersive experience.

This year, the museum in Unna will host the second International Light Art Award. The winner will be announced on April 21st. Three finalists, picked from an open call, will be exhibited in the space from April 22nd onward. Their very different works testify to the huge parameters of this specific medium.

Dutch collaborators Vroegop/Schoonveld have placed 200 turning lamps, with a black and white checkered pattern, into an huge 8 shape like an infinity sign. As the lamps revolve they give the impression of an endless stream in motion. And yet, the viewer is easily aware of how the effect is created. The duo like their work to comment upon its own methods: they are interested in human attempts at unitary constructions of the ‘self’ out of a multitude of fragmented data. The many components of their piece are evident, as is the fact that they have been made to look like one single entity. The viewer, bathed in the artwork’s light, is asked to reconsider their own outline and the extent to which they can be separated from their environment. 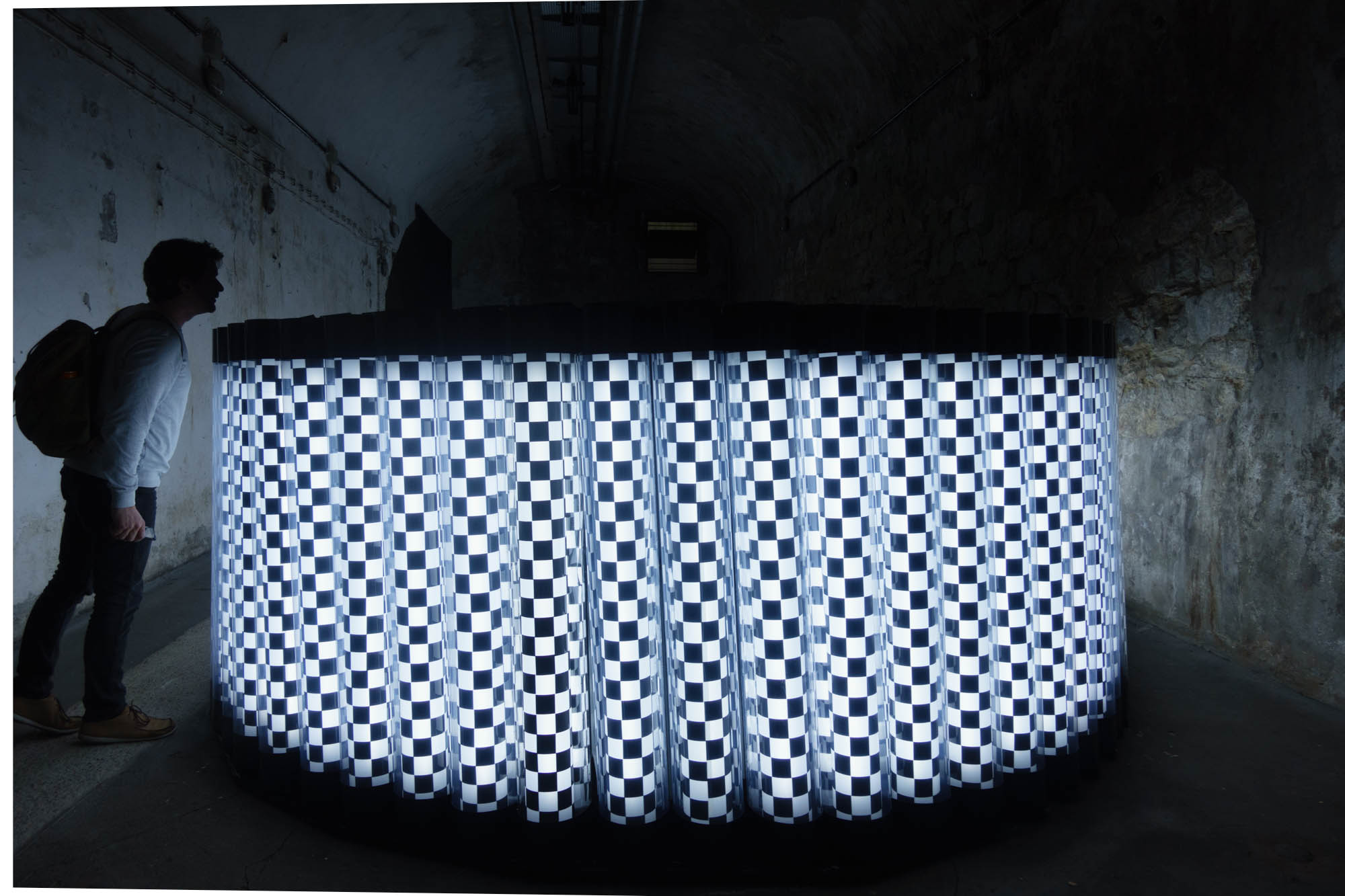 Japanese artist Satoru Tamura has made a site-specific piece, ‘Point of contact for Unna’. The museum website calls it an ‘exaggerated electric switch’ and, indeed, he has created an intermittent point of contact between brass bars hung on wire and a steel plate. Their meeting triggers an incredible series of blue sparks, which could not be further from our mundane daily experience of tapping on a switch. Bare bulbs are strewn across the floor, their light flicking on and off. The amazing thing about Tamura’s piece is its consistent irregularity, which mimics natural processes. It feels like a science lesson as well as an art piece, not just as an insight into circuitry, but also because the artist breaks down any clear boundary we might conceive of between the ‘natural’ and the ‘artificial’. 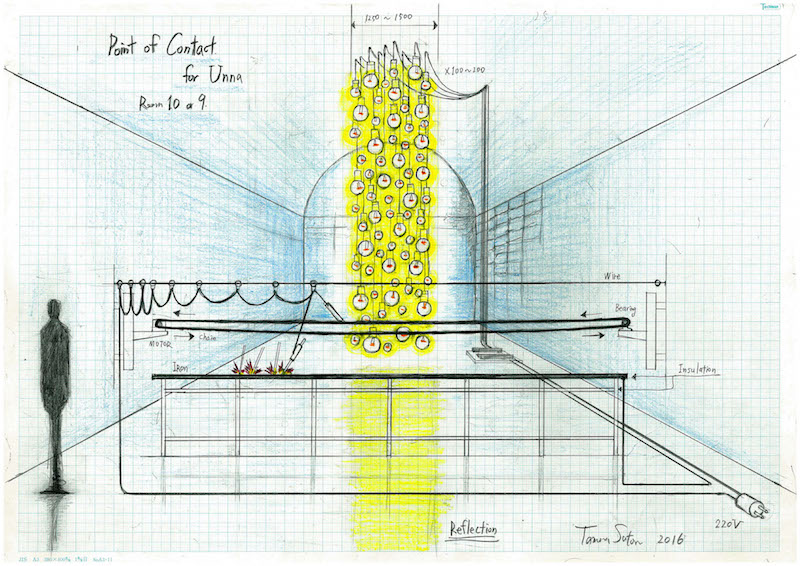 German finalist Tilman Küntzel is fascinated by questions of perception and by signal sources. He has created a large chandelier of crystal glass, which lies on the floor, seemingly an image of hedonistic destruction. In fact his piece is far subtler than broken glass. The 40 bulbs inside the chandelier flicker and are refracted in the crystal, creating a dance of lights on the dark walls. This movement is generated by faulty switching, so we hear an accompaniment of flicking sounds as the circuit is repeatedly broken and then fixed again. The binary mechanism is thus juxtaposed with its mesmerising effects of dispersed light and sound. 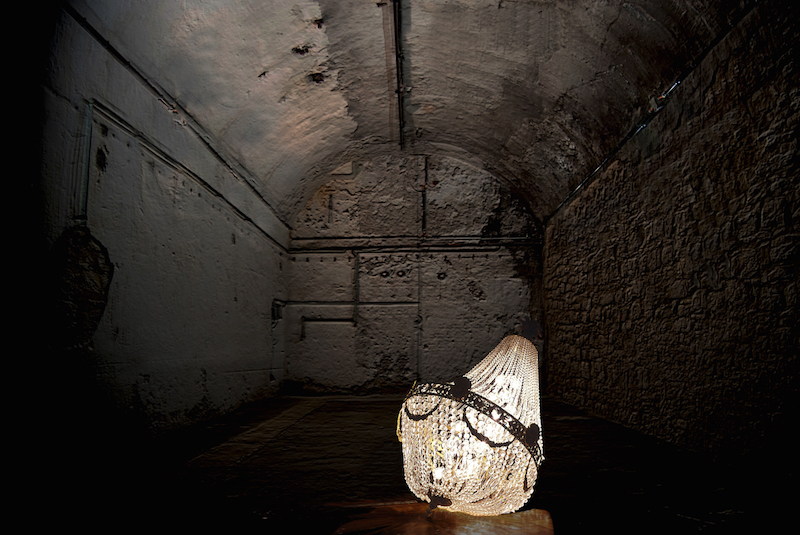