Over the course of the opening weekend of the SOUN D ANCE Festival, a diverse range of works were presented. The compositions, consisting of different degrees of improvised material and performed by duos, trios and even a group of seven, demonstrated how varied collaborations between musicians and dancers can be.

Crossing and colliding like stars in the cosmos, six women took to the stage for their piece ‘Fate Of The Galaxies’. Accompanied by Hannes Buder on electric guitar, Collective ONE:THIRD danced a group composition that, save the beginning and end, was entirely decided in the moment. Without set material but with a deep trust in each other, they drew from the joint practice they had built over the past three years and used their relationships as their point of departure. They were avid listeners in as much as they were movers: due to their awareness of the whole, special moments, they had the space to arise and unfold without being drowned in activity. With the performers’ tangibly sharp focus, the night’s version of the piece felt melancholic and hinted less towards the magnitude of outer space and more towards the significant forces already invested in a micro-community. 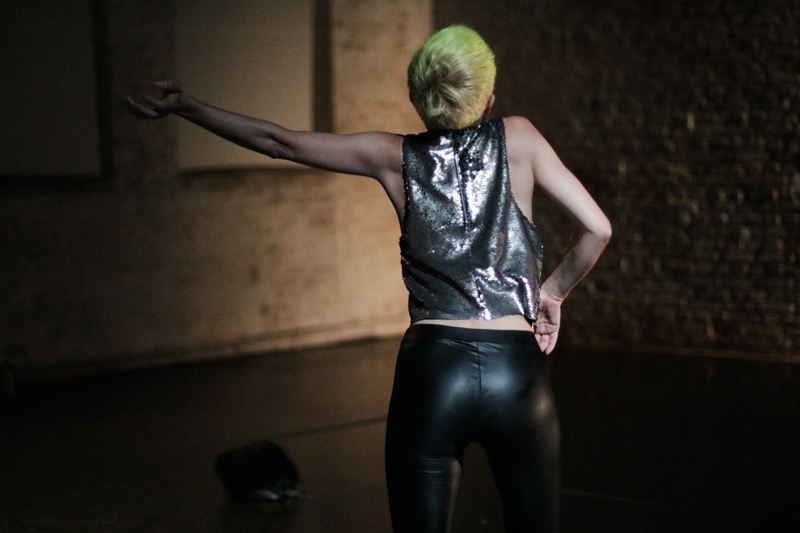 Duo Kaseki-Gordoa: ‘On The Shape Of Darkness’, 2017 // Photo by Michela Filzi 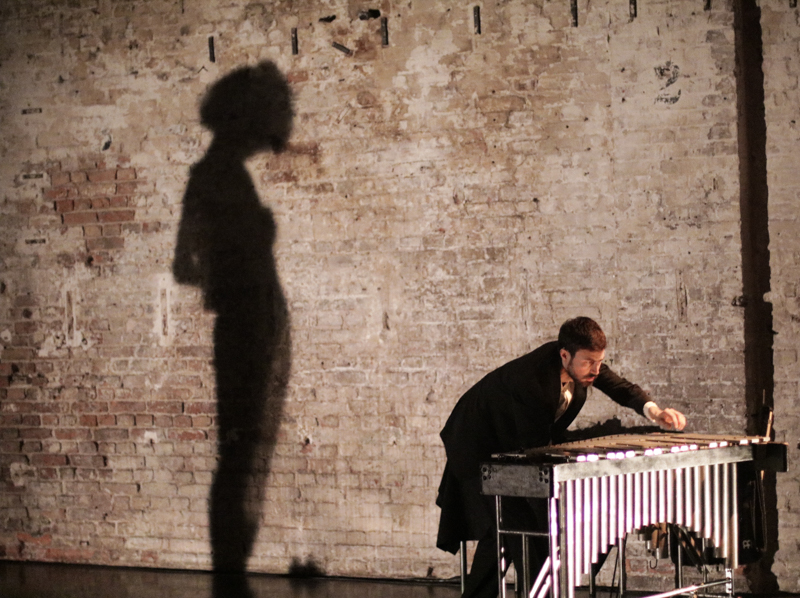 Duo Kaseki-Gordoa: ‘On The Shape Of Darkness’, 2017 // Photo by Michela Filzi

An altogether different piece, ‘On The Shape Of Darkness’ by duo Kaseki – Gordoa, took place the following night. In the midst of a darkened stage the ambiguous, female figure of Yuko Kaseki emerged, her silvery high heels glinting seductively as they occasionally caught the light. Her counterpart, composer and vibraphonist, Emilio Gordoa, circled the stage, producing sounds in various places, even within the auditorium. Their immersive approach set an atmosphere that was edgy and engaging. However, as the piece progressed, less and less of their actions remained interesting. With little connection between the two performers, it was the vibraphone hidden in the corner that eventually caught the attention of them both – they persisted to pull it apart piece by piece in an act that created beautiful images but failed to convince in narrative. Unfocussed and at times self-indulgent, the piece did not hold due to the ostensibly separate mind states in which Kaseki and Gordoa existed. 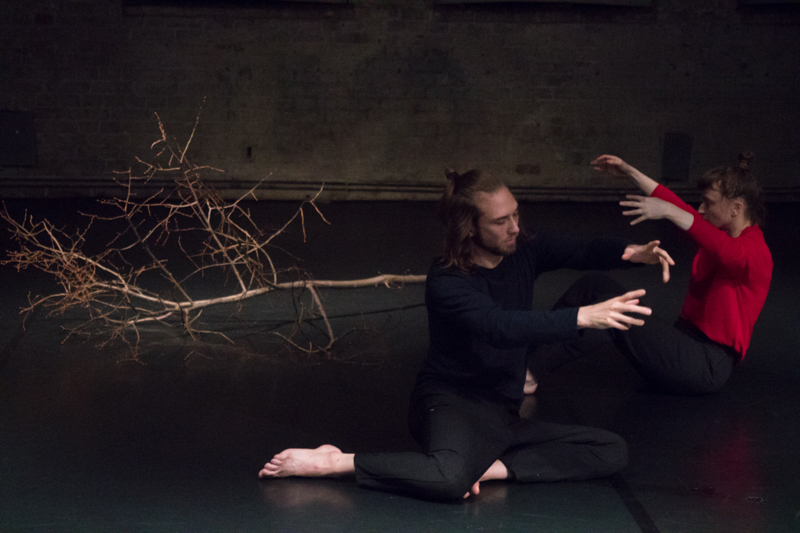 A large, bare branch was perched in the centre of the stage as the serene, night-time chirping of crickets in the woods resounded. In the Instrument’s re-imagining of Edvard Grieg’s ‘Peer Gynt’ suites, Roy Carroll transformed the renowned classics to accompany the two dancers through the wilderness. Maya M. Carroll and Janne Aspvik moved with a calm presence, repeating abstract motifs that explored notions of leading and following; holding and letting go; being together and being apart. Although a compositional climax was never reached, the piece’s intensity was manifested in its intelligent aesthetics and the careful attention to subtle details: the intricate dynamics of Maya M. Carroll’s choreography; the phasing shadows generated by still, animal-like poses with lighting designed by Maya M. Carroll and realised by Aurora Rodriguez; the concluding ritual of elevating the branch into suspension. ‘Peer’ morphed the narrative and the spirit of Grieg’s music into a dreamy landscape that was intimate, meditative, and moving. 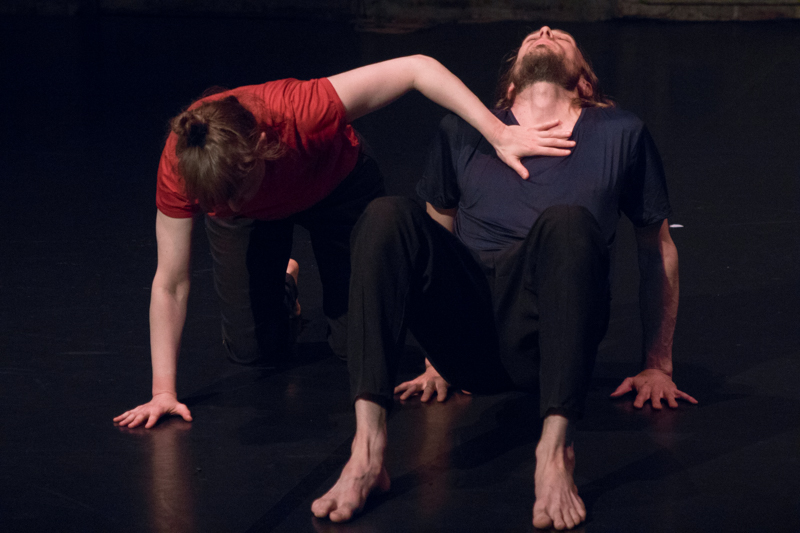 The SOUN D ANCE Festival continues with more performances, artist talks and atelier sessions at DOCK 11 this weekend. For more information, follow the links below.