Is Berlin’s music scene as inclusive as it’s touted to be? In recent years, the under-representation of women, trans, intersex, and queer communities has been loudly decried: on dance floors, behind the decks, in the studios and in the industry, the majority of powerful figures are male and white. These issues, emphasised in a recent survey by female:pressure on the proportions of female and mixed acts in music festivals across Europe, has prompted activist groups around Berlin to focus on creating solutions for a more equal scene. This November, the festival We Make Waves (WMW) brought together a group of renegade performers, artists, and activists poised to disrupt the music industry: political art positioned to change the riveted power dynamics of the scene. 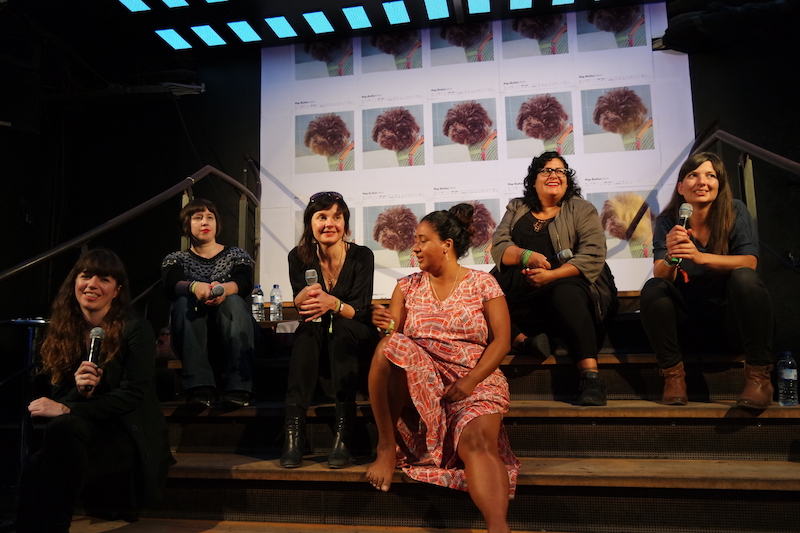 We Make Waves is a new festival and conference for women, trans and non-binary individuals in the music industry, with its first edition taking place in Berlin from November 9th to 11th, 2017. The aim was to connect existing networks and communities in Berlin and beyond, in order to provide a forum for discussion, skill-sharing, and motivation for future projects and collaborations. The questions addressed were, for example: how can we raise awareness? How can we build stronger communities and collaborate to include people of all races, ethnicities, ages, genders, sexual orientations, incomes, educational backgrounds or physical abilities? What tools are needed?

On Saturday afternoon, the ACUD studios hosted a panel of six people who have dedicated their time and energy to changing the scene: Parker from YoSissy!, a music festival led by and promoting drag performers; Alyha Love, co-founder of New World Dysorder which wants to have “trans women take over the world”; Kaltès from female:pressure, an established international network of women producers and DJs; Bianca Ludewig representing the emerging activist group Meetup Berlin; and Sky Deep from Reclaim the Beats Festival, which has been reorienting the techno and house scene towards black musicians and people of colour since 2016. The discussion was moderated by Nadia Says, founder of Your Mom’s Agency, who took us immediately into the questions at stake: how to build a community, how to organise at a grassroots level, how to keep the impetus for action, and the challenges of building something from scratch.

In the midst of Berlin’s frantic music scene, local support remains scattered: “There is so much going on, all the time, that it becomes hard to commit to something”, Alyha Love points out. Creating a continuity between events is a constant effort, especially when it comes to financial contributions. The collectives in the panel get their funding from the Musicboard Berlin (which is already an incredible opportunity, far from the situation in the US, as Sky remarked). These shows and festivals would likely not exist if they relied on ticket sales alone. But to remain independent, especially from big alcohol or tobacco sponsors, there needs to be a collective sense of responsibility towards making sure that the artists, the staff, and finally the promoters can get paid. “If we don’t come up together”, insisted Parker, “none of us come up at all.” Along with We Make Waves, communities are organising to work together and reach out to other groups abroad, like SIRENS collective in London, Brutazs in Poland, Discwoman in New York, TUF in Seattle, and many other. In a way, the proliferation of platforms for female, trans and non-binary people also helps to reduce harmful competition between performers, with parties such as Room4Resistance, Hoe_Mies or WHOLE festival, and networks such as Meetup, female:pressure and, previously, Mint. 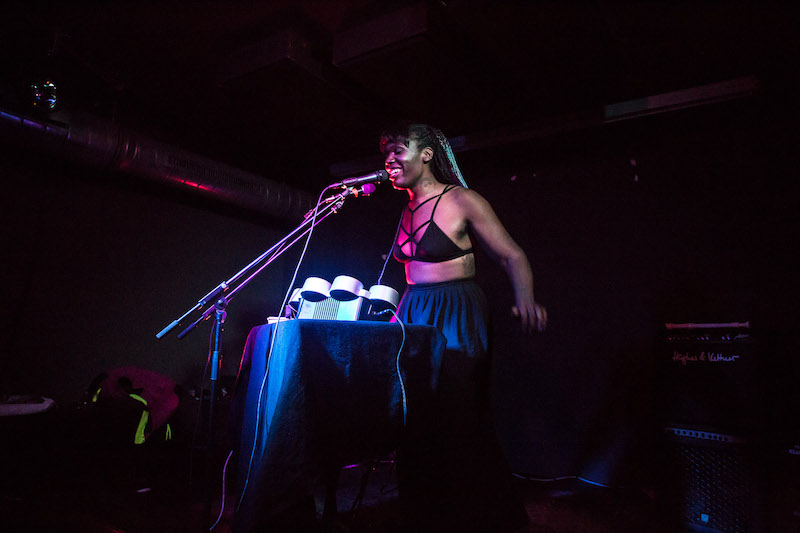 “Some people still really need to hear about sexism in the scene, but there’s a big audience that just needs to see a good example of a successful producer who is a woman. And if we don’t show that, we’re only talking about the problem”, underlines Ena Lind, co-founder of Mint, in an interview with ExBerliner earlier this year. So, for their inaugural year, We Make Waves presented a solid musical programme at St. Elisabeth Kirche, hosting artists across cultures, styles and genres, and offering workshops for DJing, using modular synthesisers, and much more. 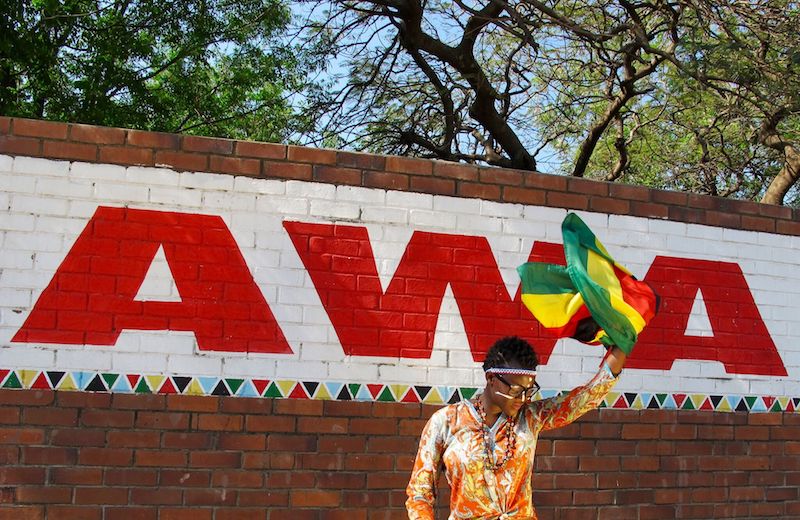 Reclaiming space for women, trans and non-binary people in the music scene operates on different levels: explicitly, through social media, public discussions, or manifestos displayed in the clubs; through education and with the help of “awareness teams”, dedicated to keeping spaces safe during parties. But it will also function implicitly: we cannot actually understand what an inclusive scene could be until we perform it, until everyone participates. Because parties and music are so often the place for people to let go, there is a huge potential to radically change behaviours. Behind the walls of the clubs and the festivals, a whole new experience can be elaborated, and the rules are now falling into different hands.