Race, heritage and the act of Othering are currently trending on Berlin’s stages. That said, ‘Unrestricted Contact’ by Grupo Oito was not just “another work about race,” as quoted from their performance. The collective of independent artists, founded by Ricardo De Paulo, presented physical research into the white imagination that evidently surpassed the desire to go along with today’s hype. What do we consider acts of racism and how do we respond to them? How do we position ourselves within political and social discourse, and who is entitled to speak? With ‘Unrestricted Contact,’ De Paulo, who choreographed the piece, brought these questions to the forefront of the intimate, re-arranged theatre space of Ballhaus Naunynstrasse. 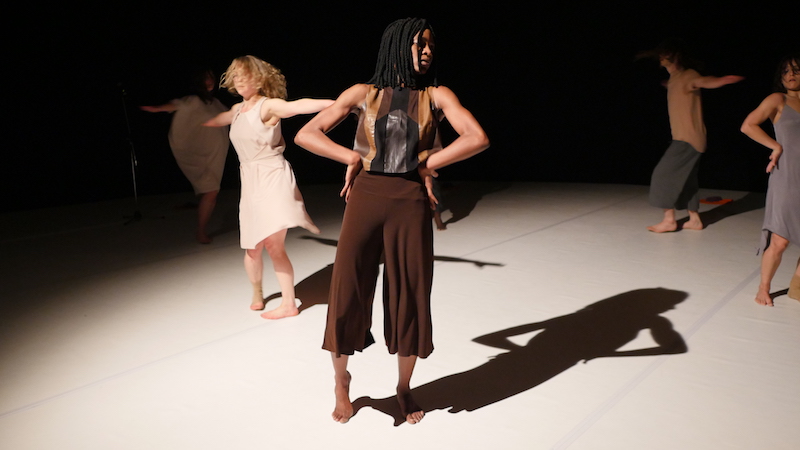 The dancers set the tone of the piece by gradually transitioning from a graceful, slow walk into unabashed nudity. Their bodies completely exposed, the performers embraced the proximity of the audience that encircled them and confronted viewers with their different physicalities. Introducing themselves one by one via two microphones, their words became intertwined and their stories intermingled to create a criss-cross pattern of fragmented, real-life experiences. Shifting from a sensuous, atmospheric opening into moments of explosive empowerment and protest, the piece carried traces of the primal, the tribal and the ritualistic into embodied representations of social injustice and discrimination. 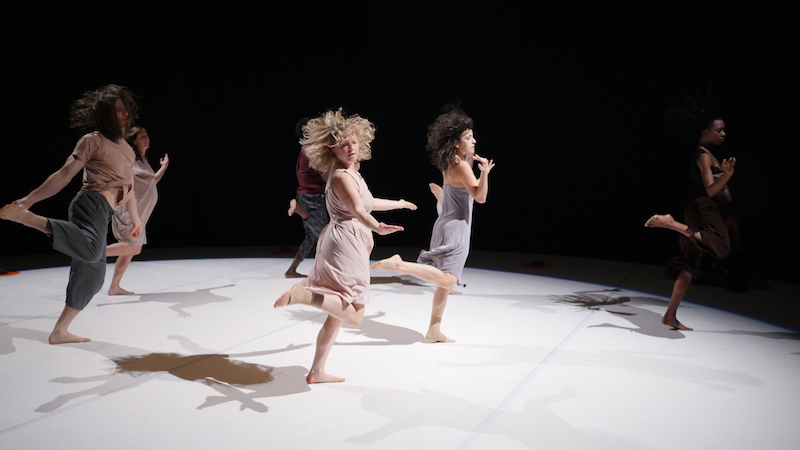 Choreographically, the use of movement was at its best during a series of improvised trios. Falling from the periphery of the circle into its centre, three dancers would respond to one another with gestures, leaps and undulating hip-rolls. Conversing with each other through movement, they exposed the intricacies of human relationships through the basic principles of action and reaction, attraction and rejection, tension and release. Later, the movement sequences became synchronised as the dancers moved in unison. Aesthetically this tended towards a more simplistic composition, which fell short of the rest of the piece, as the agency and potential of the individual was flattened by compliance. Nonetheless, these moments were well placed and their effect was strong and emotive.

At times, the piece verged on cliché, with the use of typical contemporary tools such as the U-Bahn voice over, poppy saxophone riffs and rose-petal-projections. Yet these tools were well used, as the audience was captivated by the message of social change. Furthermore, unlike much current discourse that is deeply saturated by left-wing rhetoric, the blame was not placed on anyone in particular (such as the cis-white-male) and the work remained refreshingly unbiased. Rather, the message seemed to be to look within yourself, as discrimination is ingrained deeper than we think. As asserted by Nasheeka Nedsreal: “In the end, we won’t remember the words of our enemies but we will remember the silence of our friends.” With this statement still resonating long after the performance finished, ‘Unrestricted Contact’ acted as an uncensored and sincerely unrestrained call for solidarity.