“The subjects come to you,” Assaf Gruber explains. Currently on view at the IBB Video Space at the Berlinische Galerie, the exhibition showcases two video portraits, entitled ‘The Right’ and ‘The Calling.’ Though these stories are fictional, they carve out truths. The narratives are brief, intimate, and complex. These disparate chronicles share a common style and excavate lesser-known histories.

The German word for calling is Berufung and has multiple connotations, inherent is religion, vocation and a call to respond. Gruber’s invented bio-pic pans the tranquil everyday of Thomas. The narrator, his daughter, paints a picture of her father. You can also view her individual history in the video ‘The Conspicuous Parts’, currently on view at the Naturkunde Museum. Thomas is a caretaker, tending the lush grounds of his home in East Germany. He handles the interiors and exteriors, cleaning the pool and tennis courts, mindfully making the beds, sculpting a block of cheese into an octagon shape and creating small, religious sculptures. A failed artist, his true vocation was interfered with by circumstance. During the GDR, he applied three times to the Dresdner Kunst academy, and was denied three times because of his Protestant beliefs. The piece unveils a historical fact: if you were a religious supporter rather than a secular Communist in the GDR, it could impact your future. 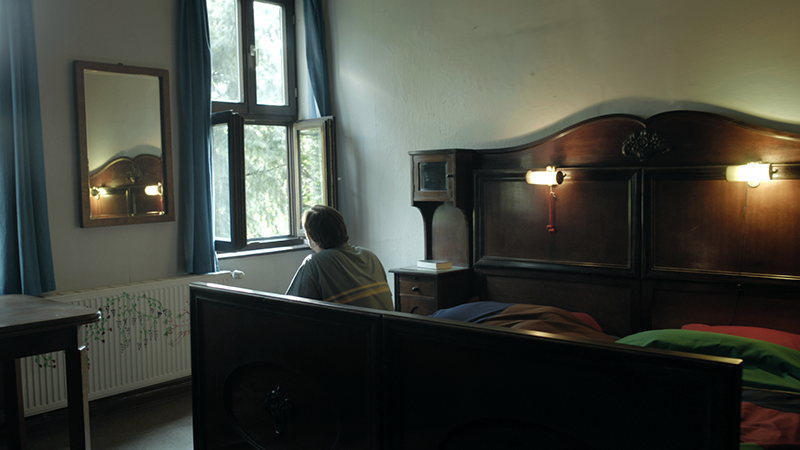 In ‘The Right,’ Anne Pirsch, a security guard from the Gemäldegalerie Dresden writes a heartfelt letter in Polish to the director of the Szutuki Museum in Lodz. She sometimes reverts to her mother tongue—German, the language of pathos—addressing him as “Herr Direktor,” emphasizing, “Mein Leben”: “My life without the museum is meaningless.” She shares her love for the 1930s Polish revolutionary artist group a.r (real avant-garde) and the viewer sees her sewing curtains, fashioned after their style. She divulges personal details about her family’s flight post-World War II from Poland to Germany, describing herself as “Volksdeutsche,” a Nazi term for Germans living outside of Germany at the time. In the post-war aftermath, Germans encountered Polish prosecution. Despite her inferred “Aryan” upbringing, in the letter she questions Pegida’s claim to being “the German people” in Dresden. In the same moment, she questions so-called radical artists in the museum. She insists that the museum guards are the true people, where “Everybody claims to be Proletariat” nowadays. Though it is hard to pick-up on the historical nuances, this is not a nostalgic letter: Anne Pirsch’s sentiment is honest but broad. 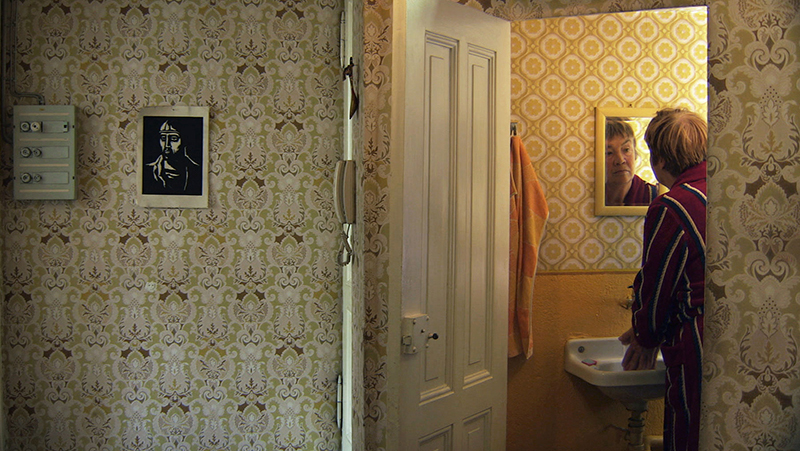 Though neither is a hero or heroine, in both these micro biographies, an untarnished love for art is made vivid. Assaf Gruber is interested in depicting art beyond a declaration. Art and thought act as a bridge and general encounter, aside from the contemporary art world and its agents. In the words of Anne Pirsch, artists are now “prisoners of feudalistic values like in the times of the old masters”. These protagonists appear as truer artists in their own right. Thomas has resigned to a quiet, simple life of free time and creating artistic devotionals, while Anne’s letter is a loud manifesto. Both voices and their storylines are shaped by oppressive regimes and both are doubters, however, they still believe in art as truth.