In his artistic practice, Jordan Seiler explores the influence and monopolization of advertising media in our public spaces. In the early 2000s, the Brooklyn-based artist began his ‘PublicAdCampaign‘ project, which has since expanded from a personal endeavor into a call to arms, engaging members of various communities and encouraging them to join the resistance again consumerist media. Seiler and his collaborators take over public poster, billboard and advertisement placements and use them as canvases to create new works. PublicAdCampaign is about more than just replacing images, though; each project is largely performative, as the majority of each act lies within civil disobedience itself. At its core, this project—and Seiler’s practice at large—asks viewers to consider what the removal of these advertisements from public spaces may look like and how this would transform the environments around us. 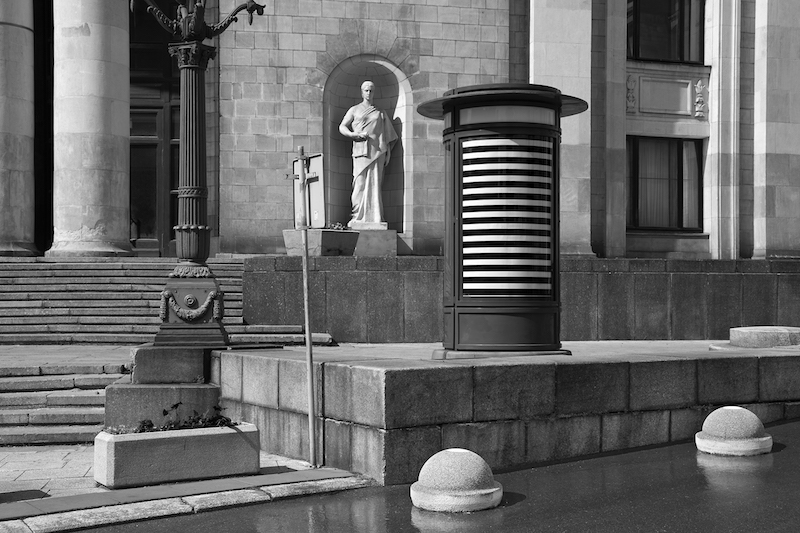 Berlin Art Link: As part of the Adbusting movement, your work aims to help people regain control of their visual environment. How do you feel advertising has affected our daily lives and why is it your main artistic target?

Jordan Seiler: Contrary to what you might think, I do not hold a deep seeded contempt for advertising and the fuel that it provides to the bonfire that is our consumption-driven global agenda. However, considering its effects, controlling the proliferation of advertising is an important step towards protecting our environment, defending social equality, and nourishing the democracy of our nation.

Through my work, I have come to believe that the power of persuasion attributed to advertising isn’t the result of well-crafted campaigns, but rather the repetition of similar ideas made consistently over extended periods of time. Individual advertisers know this well and rely on the sustained frequency of their messages to drive home their concerns. So important is this fact that advertising has altered our cities, erecting a vast physical infrastructure to monopolize our shared public spaces with the concerns of commercial media. The result is that even the most critical mind can’t resist assimilating the dominant cultural conversations we encounter on a daily basis, even if that assimilation comes in the form of opposition. In a public space largely monopolized by commercial media, our understanding of the world is warped by the sustained reference point of consumer capitalism that underlies the majority of the media we ingest.

It is therefore incumbent on us to recognize that the type of shared visual environment we choose to build will shape the world we continue to inhabit, the people we will become, and the legitimacy of the democracy in which we live. Broadly, my artistic project is intent on making this fact crystal clear and imagining alternative ways to use our shared public spaces that might more meaningfully benefit our collective agenda. Specifically, this means removing advertising and replacing it with my own messages, challenging others to do the same through large scale collective civil disobedience projects, and promoting alternative networks of civic communication that help undermine commercial medias monopoly of public space. 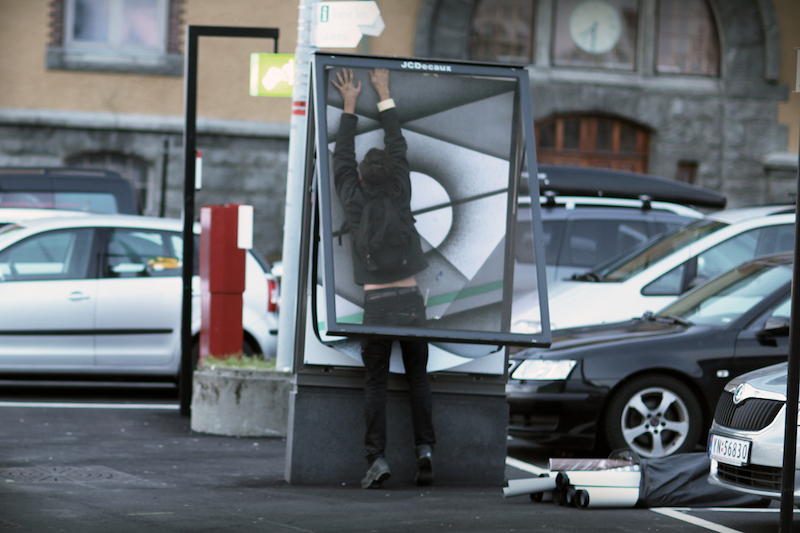 BAL: Do you consider your work as a form of protest?

JS: Yes. Most of the work I do in public space is done without permission and is therefore a form of protest against established norms that I feel are untenable. That said, the issues I am raising are not controversial to most people and the demand for a more democratic public visual environment is easily understood by people who take a minute to notice the imbalance of voices that proliferate in our shared public spaces. So while this project may be a protest, it is one done in order to bring an unattended issue to light, rather than convince people to think differently about something they are already aware of.

BAL: Can you tell me about the aesthetic you use to counter advertising language?

JS: I am not interested in what goes in the advertising frame, but rather the frame itself. How I choose to draw the viewer’s attention to this important distinction happens differently from project to project, but a good example is the ‘Collisions’ work. The bold black and white designs of this series demand viewers’ attention but provide very little information beyond their initial recognition. Without a specific message the viewer is left to see the imagery in contrast with its environment, situated conspicuously on our streets for a purpose that now seems to escape the expected logic of our cities.

BAL: How has your biggest project, the PublicAdCampaign, expanded since it was initiated and how does it involve a wider artistic community?

JS: PublicAdCampaign was somewhere between a pseudonym and an institution that disguised the fact that the organized resistance we promoted was being spearheaded by me and a computer, while simultaneously demanding a level of legitimacy from authorities which might take issue with our objectives. I used it like a moniker and considered anything I did a PublicAdCampaign project. In 2009, things changed when I organized the New York Street Advertising Takeover, the first of many large-scale collaborative civil disobedience projects. NYSAT involved over 100 artists, activists, and citizens of NYC buffing 20,000-square-feet of illegal street level billboard advertising and then using that newly liberated space for artistic and other public communications. The NYSAT project and its second and third iterations in Madrid and Toronto made possible an imaginary space in which bold acts of flagrant disregard for the private property rights of outdoor advertising companies was not only possible but probable. I now use the PublicAdCampaign title almost exclusively to create projects that are aimed at getting other people engaged in the issues surrounding outdoor advertising and our shared public spaces. PublicAdCampaign projects demand that our public spaces, and the utopian vision of our future cities, is decided collectively because as Jane Jacobs once said, “Cities have the capability of providing something for everybody, only because, and only when, they are created by everybody.” 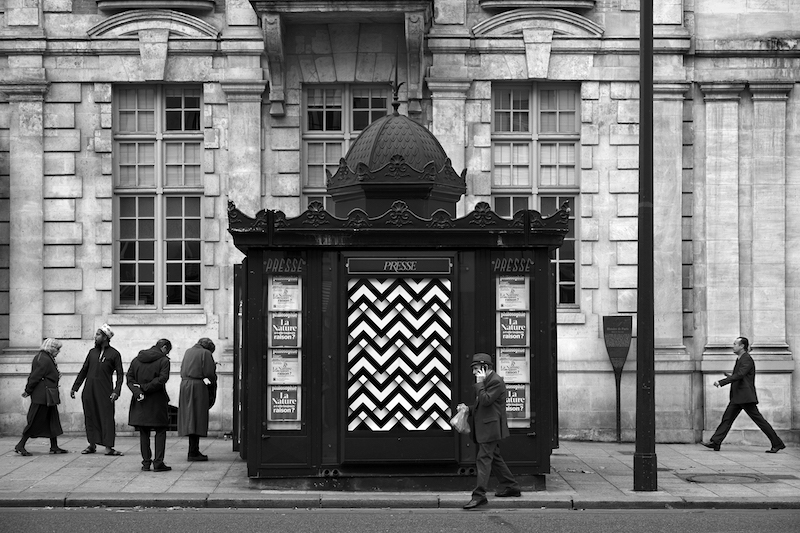 BAL: What role does performance play in your work?

JS: I don’t go out and work with the intent of being seen creating. In fact, I often wear a safety vest that allows me to be nearly invisible in broad daylight. It is, however, very important that I go out and do the work on my own terms without the permission or consent of the authorities that have legal control over public space and the advertising infrastructure that exists within it. I am after all not just demanding that we question how we use our public spaces, but who gets access to that space and under what conditions. I believe that a truly democratic public space should allow unauthorized commentary and criticism, so performing that belief is an important aspect of my work and process.

BAL: What kind of feedback does your work receive from citizens of the urban communities you address?

JS: Once it has been brought to their attention, most citizens agree that there is too much advertising vying for their limited mental capacity and that our cities would be better off if advertising was limited and other forms of cultural conversations were championed. In many ways this is the extent of my interest as an artist and activist; my goal is to convince a majority that making decisions about what we choose to attend to in our shared public spaces is an important step in creating better cities and better citizens. 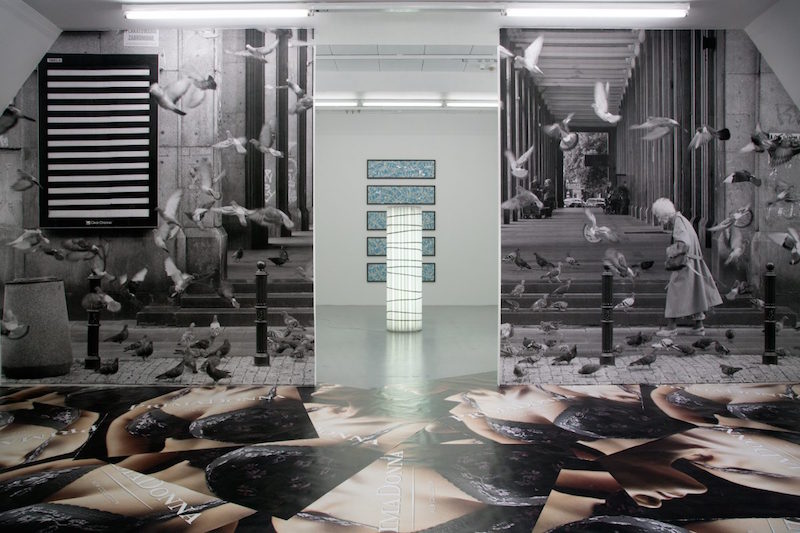 BAL: How does your public intervention work translate into the gallery?

JS: It is important to start by saying that my gallery work doesn’t happen without my public intervention work. Every piece that I have exhibited thus far is the result of the removal of an outdoor advertisement or outdoor advertising infrastructure in one way or the other. It is not so much a rule as it is the result of an activist agenda driving the artistic investigation, instead of the other way around.

My goal as an artist is to create moments for viewers to contemplate the role of commercial media in our shared public spaces and how we might better curate our cities to reflect democratic concerns of citizens. My activist objective is to unburden our shared public spaces by removing commercial media on our city streets. These two goals underlie everything I do both publicly and in the gallery. 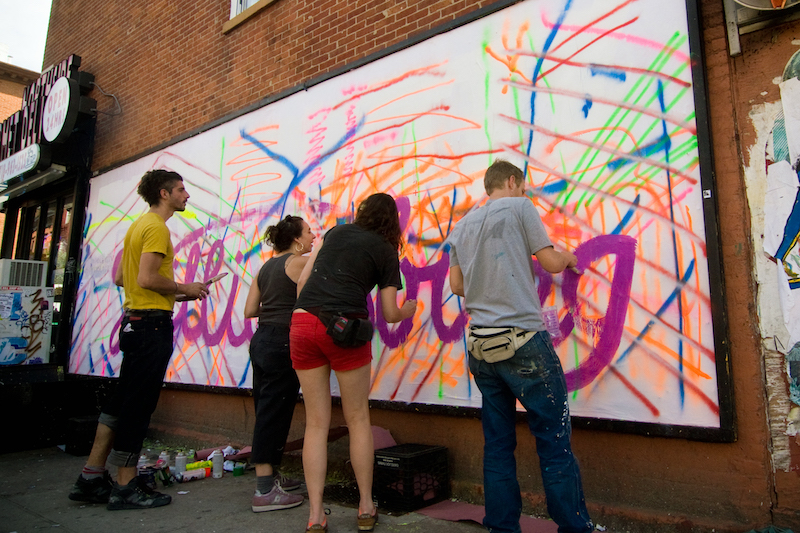 BAL: Can you tell us about your upcoming installation project in New York?

JS: Phone booths have, for many years, been almost useless, but despite this fact they were left in place far beyond their utility, living their final days as advertising billboards. Over the last few years, New York has begun to replace this ubiquitous public infrastructure with digital WiFi kiosks. As much as I am happy to see the phone booth advertising disappear, with it we are losing a unique sculptural object. So currently I am working on a permanent public art sculpture that will see five NYC phone booths installed back onto the streets for serendipitous public communication. This project is distinctly not anti-advertising, but by installing the five booths in each borough and wiring them so that when the receiver at one booth is picked up the others begin to ring, I hope to use what was once an advertising venue to create an opportunity for unexpected and necessary communications between strangers.