“I see my role as an activator, an instigator, a facilitator of processes, often focused on emancipation and engagement,” Marinella Senatore tells Berlin Art Link. The Italian artist, based between Paris and London, develops works around the world—from China to Spain to the United States and Ecuador—to engage with various communities and bring people together. Her often durational, performative artworks transcend the white cube and enter the public space through her direct relationships with local collaborators. In addition to one-off performances, ceremonies and other public events, she also enlists local communities to help create films and theatre productions. Rosas (2012), for example, is an “opera for the screen” with a production that involved more than 20,000 people from Germany, Spain and the United Kingdom. Berlin Art Link asked Senatore (who has exhibited at renowned institutions such as the Centre Pompidou and Palais de Tokyo in Paris, Kunsthaus Zurich, London’s Whitechapel gallery, and more) to talk about the meaning of community in relation to her artistic practice. 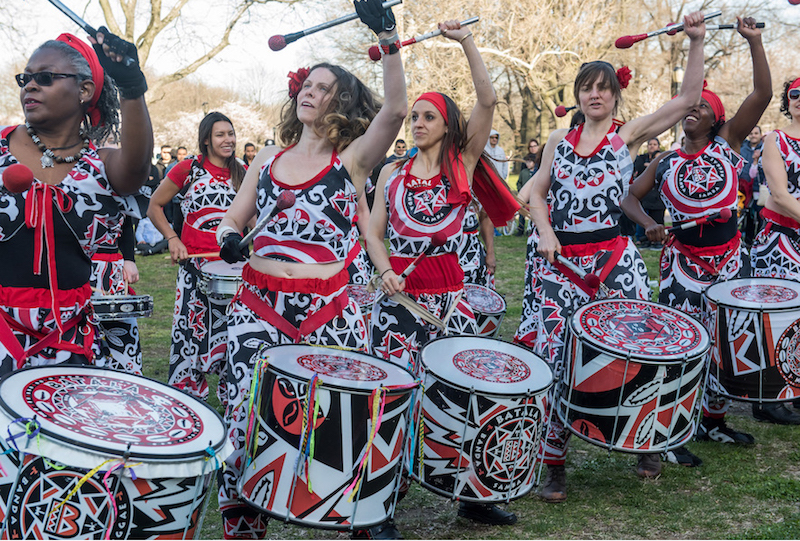 Berlin Art Link: Your work is largely characterized by public participation. Can you tell me more about this process?

Marinella Senatore: I involve entire communities in the creative process. Each project involves masses of volunteers who band together for a common creative goal. I’ve enlisted a community of retired miners from Enna, Sicily; more than 15,000 citizens from Derby, UK; 300 Lower East Side residents in NYC; and most recently, 1.8 million children all over Italy. In these processes, the viewer becomes a participant and the hierarchy between the artist, as author, and the public, as recipient, can be questioned and rewritten. But I refuse to claim an authoritative position in my projects.

It becomes quite essential to ruminate on how individuals’ values, allegiances and issues tie communities together. The idea is to offer an inspiring example of people working together to create intellectual consensus by collectively investigating the nature of community.

BAL: When did you first become interested in public participation?

MS: Public participation or engagement has always been of significance, no doubt about it. Engaging with art is not a solitary event for me; arts and culture represent one of the few areas in our society where people can come together to share an experience even if they see the world in radically different ways. The important thing is not that we agree about the experience that we share, but that we consider sharing an experience worthwhile at all. In art and other forms of cultural expression, disagreement is accepted and embraced as an essential ingredient. In this sense, the community created by arts and culture is potentially a great source of inspiration for politicians and activists who work to transcend the polarizing populism and stigmatization of other people, positions, and worldviews that is sadly so endemic in public discourse today. 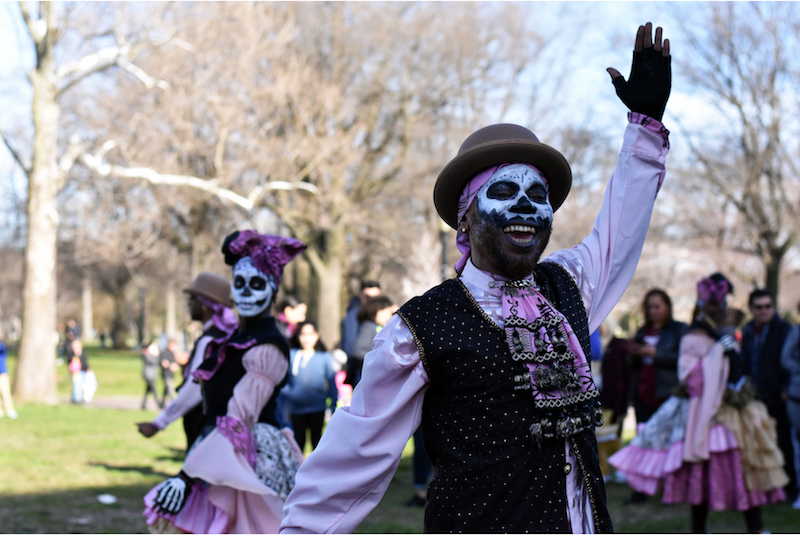 BAL: I imagine it might be difficult to connect to new communities, especially if you don’t speak the language. What is your research process like in each location? Where does it begin and how does it end?

MS: It often starts with talking to the locals. When it’s possible, I try to learn the language of the communities that I will work with. For instance, I collaborated with more than 1,000 deaf people in UK for the trilogy “Rosas” (which, in total, involved 20,000 participants) and it was a pleasure to learn British Sign Language and directly communicate with them. I am not scared of different languages, even though I work with translators. Other than that, I go through archives and try to understand the history and culture. The idea is to foster the creative power of a crowd, initiating a dialogue between history, culture and social structure.

Despite the language barriers, I engage with different communities all the time. What really counts is a flux of energy between me and the people, and a real relationship, which includes affection. This is extremely important.

BAL: How do you initially connect with different communities?

MS: Every time I conceive a new work, I have to live for a while in the place where I will create that work. I have different strategies to connect with the communities, but the first step is always to be there and meet as many people as possible. Often, my methodology begins with inviting people to participate in my projects through open calls and interviewing them. I also contact local associations, scholars, universities, schools, workers, unemployment offices, unions and other institutions. Throughout the process, the institutions with which I’m affiliated and the curators of my shows also help by introducing me to the local community. I seek local energy, but do not want to impose anything on my assistants and/or collaborators. This type of project must be flexible, and the role of the artist must not be abusive at all. 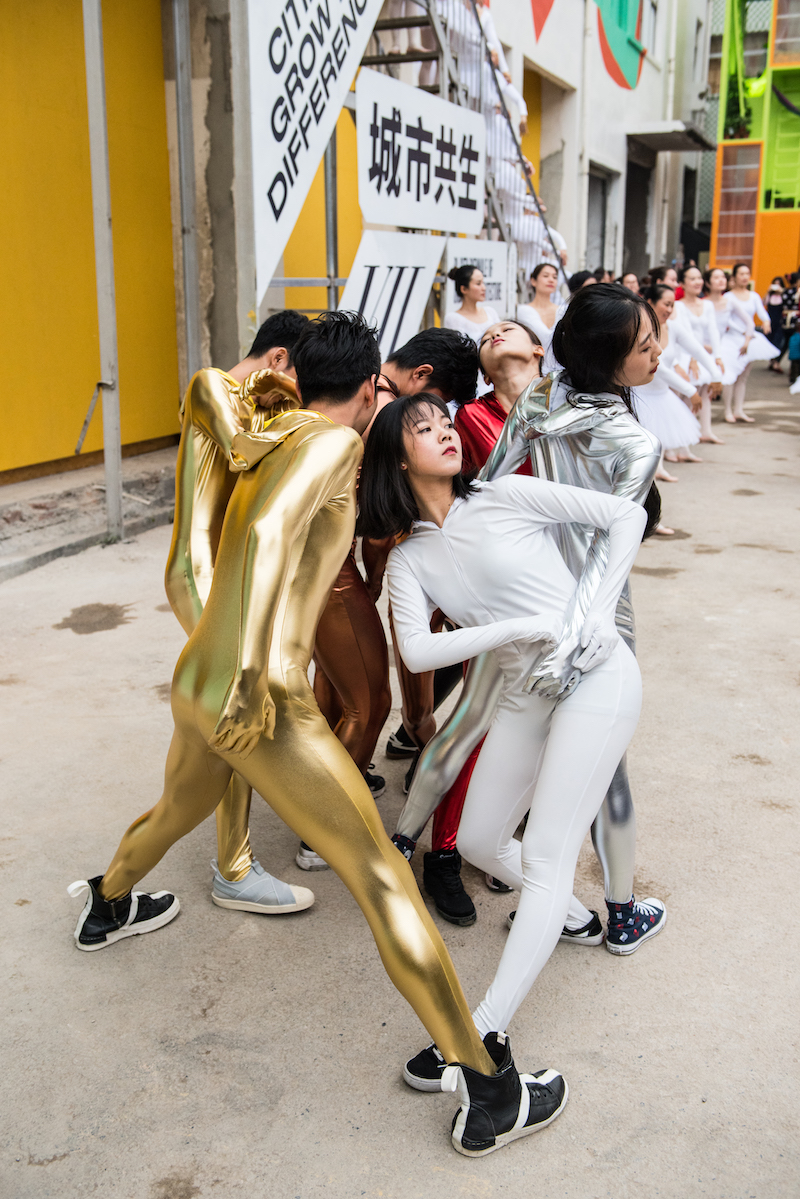 BAL: What does the word “community” mean to you and the people with whom you work?

MS: My artistic process is indelibly community-forward, driven by what I call a “horizontal structure of didactics,” creating an environment where the people become not only the focus of the work but also what propels it. It exemplifies the powerful idea of rethinking places responsible for culture in a more dynamic way. At the same time promoting the active inclusion of the public in the creation and in the use of the artwork, it empowers the individual in relation to social structure and community gathering systems.

BAL: How has your own sense of community changed throughout the development of your projects?

MS: It is important to me to communicate and to engage with communities through my artistic projects, whether it be by learning their language or more intuitively getting a better sense of how to interact with them in their own environment. What I’ve learned after traveling so much and meeting all kinds of different people is that the most essential act right now is to stay together—and how to stay together. 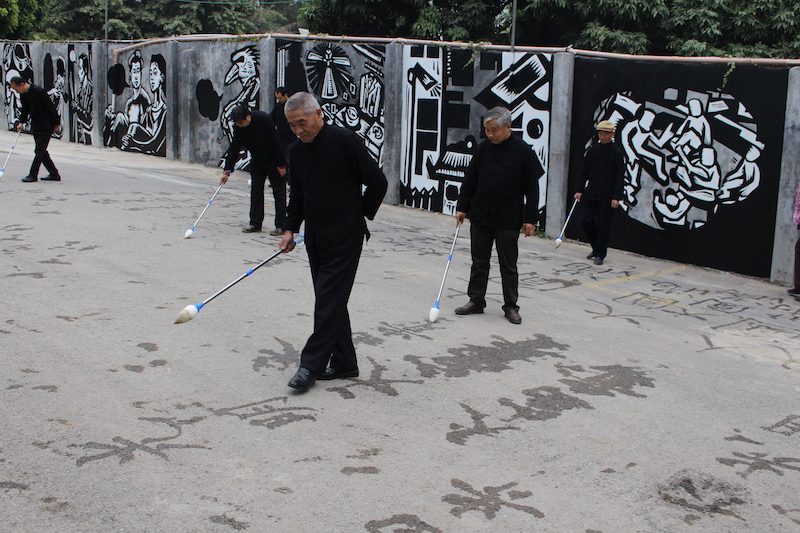 BAL: You’ve dealt with a range of social and urban issues, including equality, social structure and labor conditions. Can you tell me about a specific moment when you could truly see the impact of your artwork within a space or group of people?

MS: It always happens on the first day: Nobody wants to talk, the embarrassment of the initial minutes fills the space, and then, suddenly, somebody says a word and another replies, and I know, “Okay, it has started!” But above all, I see the impact in the compassion, the social structures and how they work differently, the gap among classes, and the legacy of the memory people need to preserve among other millions of emotions. I feel very honored to experience that.

BAL: You originally studied music and have also used the metaphor of an orchestra to define your artistic works. Can you expand upon this?

MS: I used to be a violinist in an orchestra and then I was a director of photography while working in cinema. A violin differs from a piano, which differs from a trumpet. However, each musician is gathered together to play in harmony, directed by someone who organizes the work. The directing of a story and script of a film functions the same way. I love these structures for what they do, but I have matured from them to incorporate the individuality of everyone. In my work, there is no mass of people doing something under the command of someone like a conductor. I try to enhance and harmonize individuality, even if it’s from a distance. 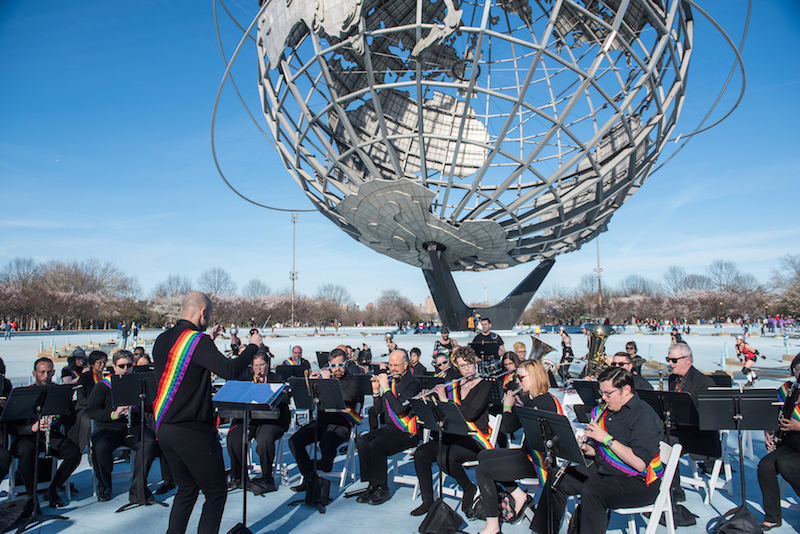 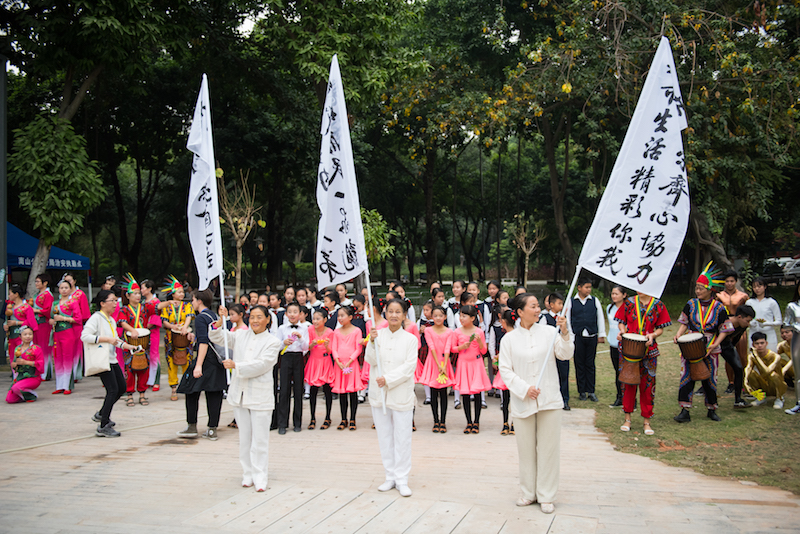 BAL: What do the overarching processes of learning and collaboration mean to you?

MS: I want the experience of creation to be available to everyone. We practice inclusion, aggregation, empowerment, emancipation and compassion. I don’t like most art collaborations that involve the public because they can be very abusive, where participants are reduced to employees or materials, or, even worse, numbers to fulfill an artist’s desire without being included in any idea or process. To start, my open calls for projects are really open: I don’t turn anybody away. Ninety percent of my collaborators are not connected to the arts, or cultural production in general, and some belong to stigmatized cultural minorities, such as those who are illiterate or homeless. When they create characters or think about a plot, they’re offering up a piece of their lives, environments and memories. It’s a privilege to experience that. The meaning to all of this is to bring people together and collectively imagine and foster new models of social structures.