Visionär Film Festival – Encounters with New Auteurs defines itself as an interdisciplinary, transnational platform for networking and the exchange of actors in the fields of visual art, film and music. The festival offers a selection of new filmmakers from around the world who prove to be daring, original and visionary in their debut to full-length film. Now in its third edition, the festival offers these new voices of cinema a platform to present their films in Berlin and, at the same time, promotes an exchange between audience and directors.

Conceived and developed as a permanent periodic event, Visionär aims to establish itself as a Talent Scout that supports new auteurs and to create a platform that promotes the creativity of the new generation of directors. The festival positions itself as an open space for new voices, ideas and experiments, working to provide visibility for new directors outside commercial distribution channels. The Visionär Film Festival has committed itself to the screening of auteur films, and encourages a discourse of exchange with different cultures and perspectives. 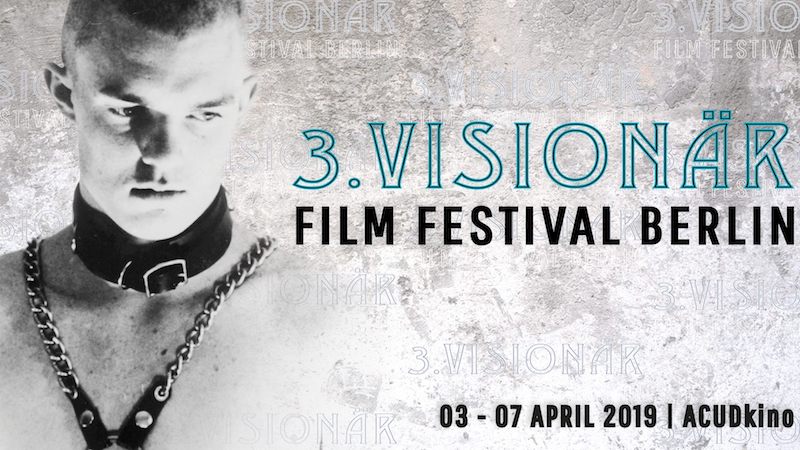 The festival is structured in 4 sections: the ‘Competition’ section presents a selection of 9 first or second feature films that have attracted attention at prestigious festivals around the world, but have not yet been screened in Berlin. The ‘Short Berlin Encounters’ will screen a selection of 20 short films by young Berlin directors that were chosen through an Open Call. The ‘Homage’ honors an internationally established director with the screening of his/her debut film: this year the ‘homage’ goes to Canadian director Bruce LaBruce with the screening of his first film No Skin Off My Ass on the opening night of the festival. Finally, the ‘Kino Sonico’ section is an experimental silent film evening, a multimedia event dedicated to re-interpret and re-discover silent films from the past century through contemporary experimental music.