Although Jonas Burgert’s work is not firmly identified with a particular culture or time, the genesis of his painted tableaus and the creation of his enigmatic figures is rooted in his studio in Berlin-Weissensee. The Berliner, born in 1969, purchased and renovated his sprawling studio almost a decade ago. Housed in a former GDR factory, his now legendary courtyard atelier reveals an incredible body of work within a communal atmosphere, comprised of artist studios and a shared kitchen. Burgert’s mostly monumental canvases—which hang on paint-splattered walls and are scattered on the floor in various stages of completion—challenge the perception that painting has been exhausted. In fact, it is difficult to name a contemporary artist as devoted to building imagery with paint and brush or as skillful at manipulating color. On a cloudy day in late July, we sat down with Burgert in his spacious studio to discuss his dedication to the craft and his singular approach to figurative painting. 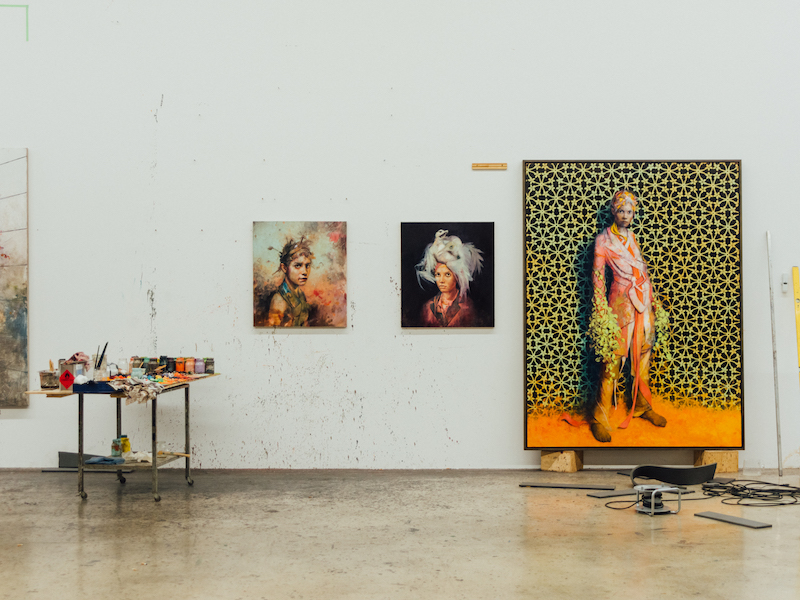 One of the better descriptions of Burgert’s vision of painting comes from the artist himself: “The concept of time is really open in my work. I try to create settings and events that cannot be assigned to particular times; that stand between times. In fact, what I find interesting is the subtext of things and what exists in between.” In his paintings, he seeks forms that are timeless, flexible and, ultimately, abstract: branches with leaves, checkerboards, stripes and tangled threads. These enduring motifs, which feature prominently in his sculptures as well, reveal Burgert’s particular focus on transforming content into feeling. Placing him in a specific category is challenging, but it is clear that his vivid palette, theatrically-conceived canvases, costumed characters and choice of forms are consistently distinctive and attributable to neither a specific time nor a specific location. 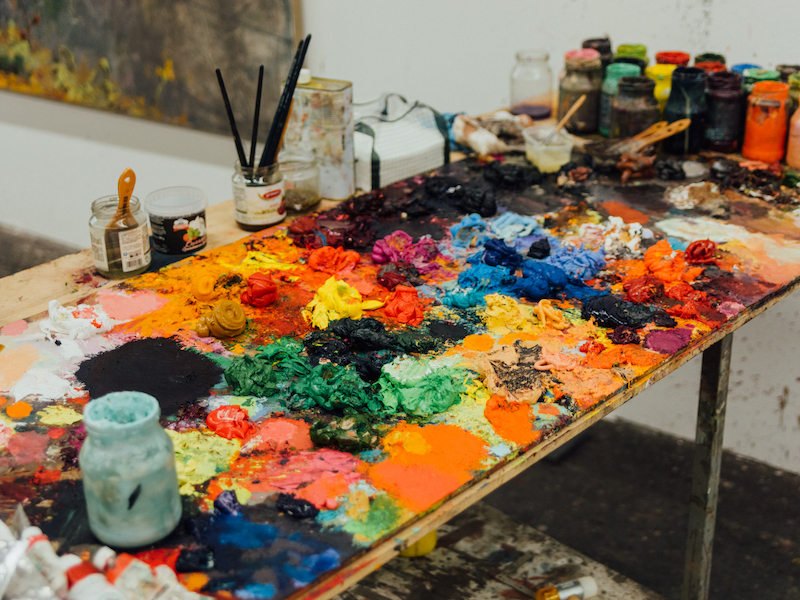 There are Amazons, skeletons, harlequins, children and, perhaps, the artist himself. The faces and bodies of Burgert’s figures, when presented to us in certain ways, elicit a powerful sense of inwardness and complexity. In a recent exhibition of his work at me Collectors Room titled ‘Beyond,’ it appeared as if the whole depth of humanity is concealed behind the painted face of the female character in ‘Ihr Schön’ or in the gestures of elongated hands in his painted bronze sculpture ‘Streiter.’ Comprised of apocalyptic atmospheres and a pervasive sense of isolation among the costumed protagonists, Burgert’s paintings incorporate conceptual binaries—between the individual and the mass, internal and external, reality and fiction, abstraction and figuration—and constantly defy categorization. His enigmatic paintings and sculptures are the sum of visual signs and abstract designs, of conventions and motifs whose meanings are accessible yet ultimately unknowable. 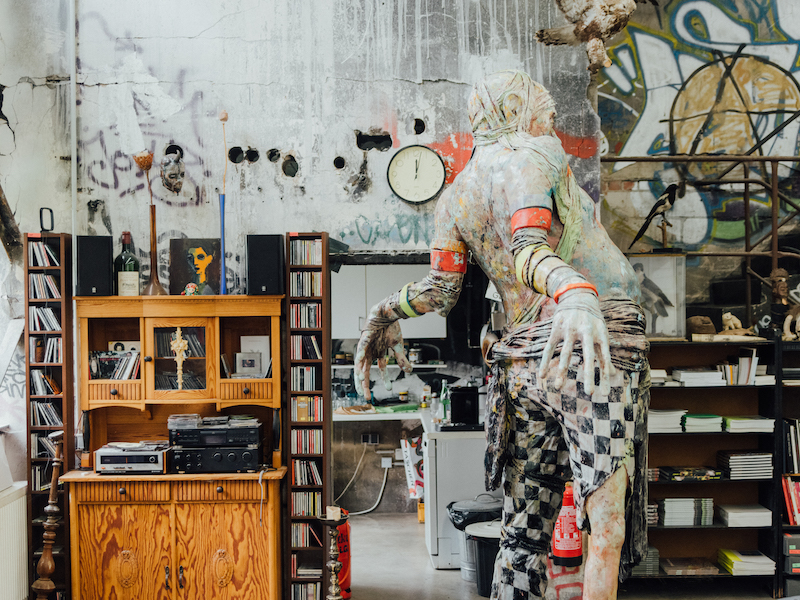 Burgert’s expansive archive—a compilation of over thirty years of collected photographs and reproductions—yielded some eye-opening finds during our studio visit. Pinned to white walls in idiosyncratic arrangements and later filtered through the artist’s imagination, the gestures and sensibilities of the images—which include pictures of strangers, family members, interior designs and religious rituals—clearly reveal themselves in his work. Seeing his paintings in person, one is struck by his ability to explore the human condition and emotional range, which he contrasts in seemingly chaotic, densely populated panoramas and silent, mysterious individual portraits. 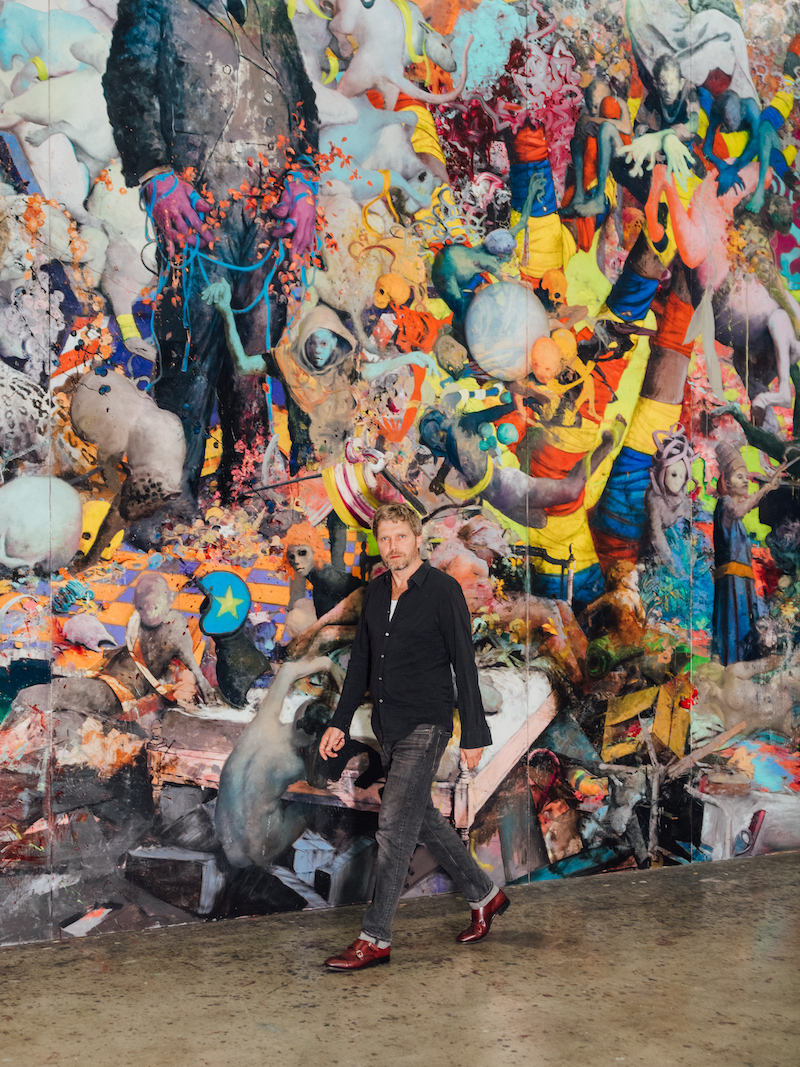 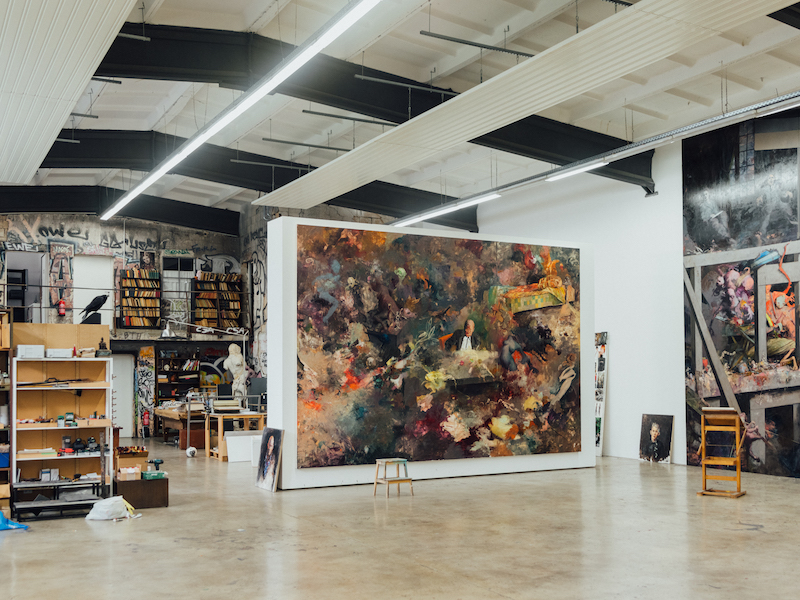 Drawing from contemporary and archaic sources and inspired by the daily spectacle of human emotions—pride, loneliness, disgust and hope—Burgert believes that the role of art is to create a language that speaks beyond the present moment. He is not interested in perfectionism or naturalism. In fact, he’s not interested in “isms” in general. Burgert doesn’t subscribe to a conceptual dogma: his approach to representation expresses itself in different ways. Relaxed and smoking a cigarette, he talks openly and seriously about how his work is not about politics, historical facts or social criticism. He prefers to explore representation and its illusions, combined with an excess of brilliant colors, figures and objects, as a way to reflect on and respond to enduring questions of human existence. 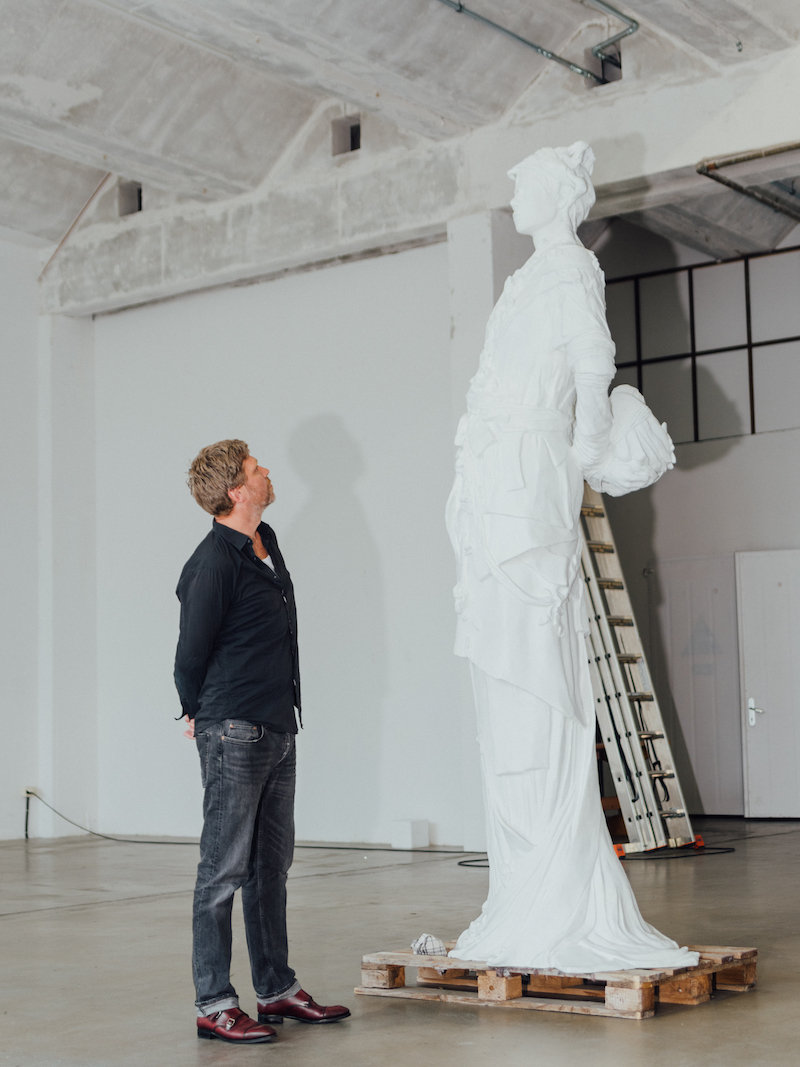 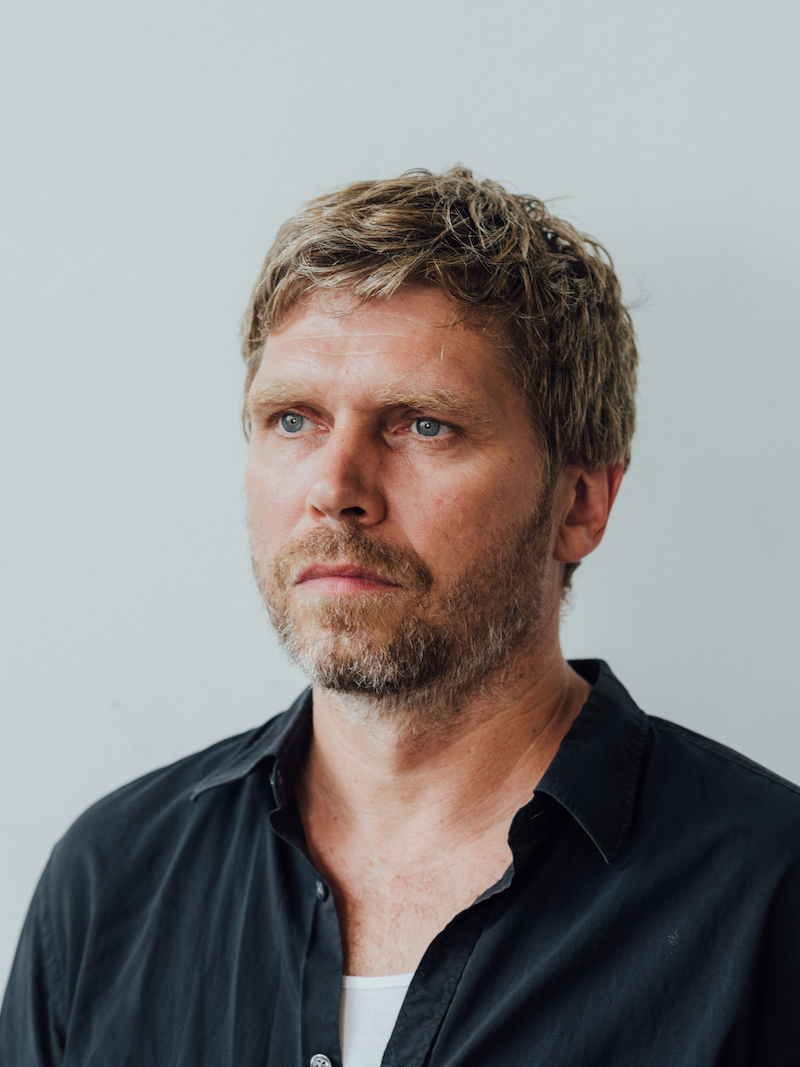 What is most distinctive about Burgert’s art is his practiced handling of oil paint from dark backgrounds to moments of bright color with cool undertones, as well as his uncanny ability to portray reality on another level. From medium-sized to monumental canvases, he creates psychological landscapes—environments with ruptured layers, crackling facades, crumbling walls and ornamental patterns—that represent universal phenomena but also express existential themes. Rather than telling a linear story, they personify human psychology and communicate an inner condition. Rooted in these complex and unconventional narratives, which appear to come from another dimension, are the absurdities and contradictions of what it means to be human.