The Roma people are the largest European minority, often referred to as a trans-border nation; however, they are also a community that is stateless and disproportionately marginalized. The recent rise of extreme-right political parties and nationalism in Europe has been one of the many challenges impacting the Roma minority. Paradoxically, the greatest attention paid to these issues has come from the field of contemporary art. Artists, curators and art writers have been producing important discourse on these pressing issues in the form of publications, art projects and exhibitions. 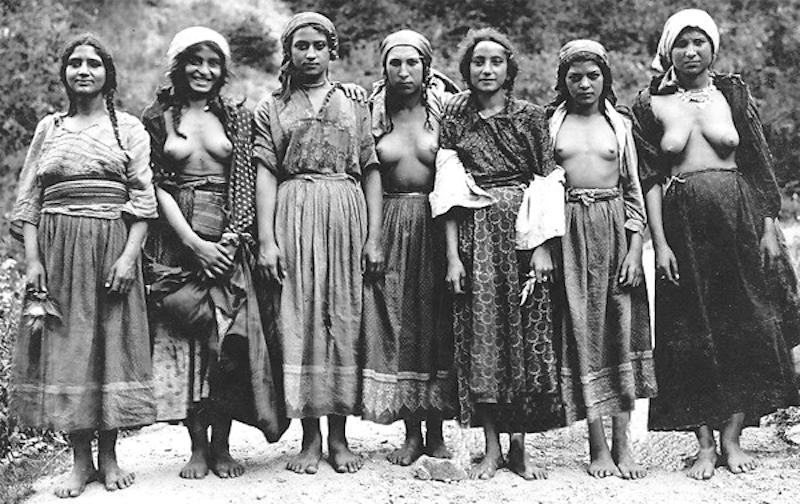 Berlin has a specifically crucial role here, since it’s home to the European Roma Institute for Arts and Culture (ERIAC), the first transnational, European-level organization for the recognition of Roma arts and culture, which plays a pivotal role in decreasing negative attitudes towards the Roma by means of supporting and highlighting Roma art and history. Recently, on the occasion of the International Roma Holocaust Memorial Day, ERIAC opened the exhibition ‘(Re)Conceptualizing Roma Resistance.’

The exhibition was initially presented in Dresden and Prague before being re-staged by curator Tímea Junghaus in Berlin. Conceptually, it reflects on the painful events of the Roma and Sinti Holocaust and invites a dialogue on Roma resistance and empowerment. The eight exhibited Roma and non-Roma artists—Déry Miklós, Tamara Moyzes, Daniel Baker, Dushan Marinkovic, Alex Schikowski, Csaba Nemes, Júlia Baki, Kálmán Várady—deal with the issue of Roma collective memory, the trauma of the Holocaust and the taboo of the body in relation to that trauma, as well as reflect on new forms of the Roma resistance today.

In the community project by Miklós Déri, entitled ‘No Innocent Picture’ (2015), we observe the negative image attributed to Roma bodies. This historical and social construct, which originates in slavery, historical persecution and contemporary media is documented by the juxtaposed photographs of Roma scholars, diplomats, public figures and intellectuals. These photographs are the result of the community project, organised in the framework of a Roma Community and Exhibition Program at Gallery8 in Budapest.

Feminist studies and post-colonial theories have been specifically important intellectual bases for the Roma empowerment discourse, as seen in the work of artist Tamara Moyzes. In the exhibited video ‘SuperMom’ (2014)—which Moyzes made in collaboration with Věra Duždová—the artists critically reflect on the popular media story of ‘The Czech Quintuplets.’ After giving birth to quintuplets, Czech-Roma mother Alexandra Kiňová faced a wave of violence and xenophobic accusations. Kiňová was even accused of being given support from the Czech government that outweighed any state support given to non-Romani mothers. The artists decided to react in a darkly humorous way, by creating the ‘Prenatal Luxury Box,’ which included objects drawn from the real lived experience of the new mother of four, Kiňová. These objects were: animal shit; a police escort; a fire extinguisher; a film to secure windows against Molotov cocktails; patrol officers for three months; and threatening letters. Through this action, the artists make clear that the “unequal treatment” of Kiňová by Czech society was not supportive and caring, but extremely aggressive and violent. The video formally reacts to a TV program for women on maternity leave, which has been shown on Czech TV daily for years. By parodying this well-known TV program, the artists break with the stereotypes about women, their daily lives as mothers and their intellectual needs, and also add an intersectional feminist layer by including the media representation of Roma women.

In her triptych photomontage ‘Museum of Ethnology I-III’ (2015), Moyzes uses a historical photograph taken by an amateur Austrian ethnographer, which depicts a line of Roma girls with exposed breasts. On the first of the triptych images, Moyzes puts the archived photograph in juxtaposition with non-Romani nude women presented in line with numbers in front of them, as normalized by popular beauty contests. By doing so, the artist questions our perception of nude, racialized bodies. With this work, Moyzes points out the problem of fetishization of the female Roma body, in contrast to the completely normalized perception of the white female nude.

Despite the fact that the curator had to work with quite limited exhibition space in the ERIAC, the exhibition tackles ambitious critical concepts. ‘(Re)Conceptualizing Roma Resistance’ addresses urgent political topics and opens up important issues to public debate. It represents a significant proposition in today’s political climate and a safe space where the healing process of trauma can be done through intelligent discourse. 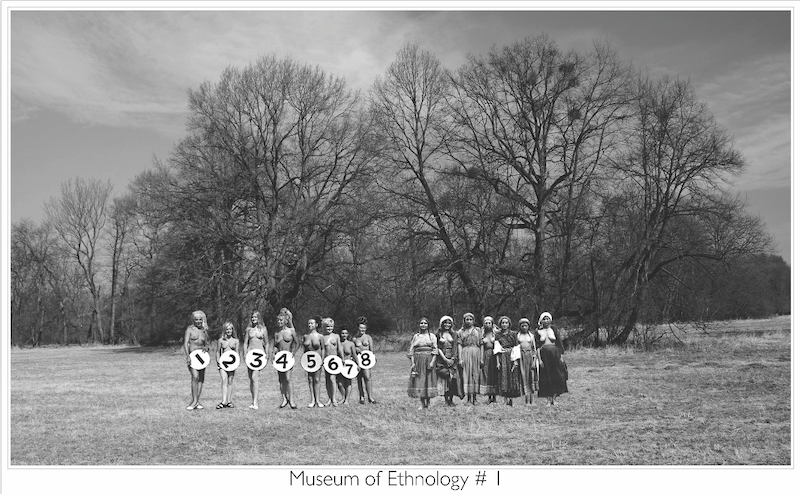